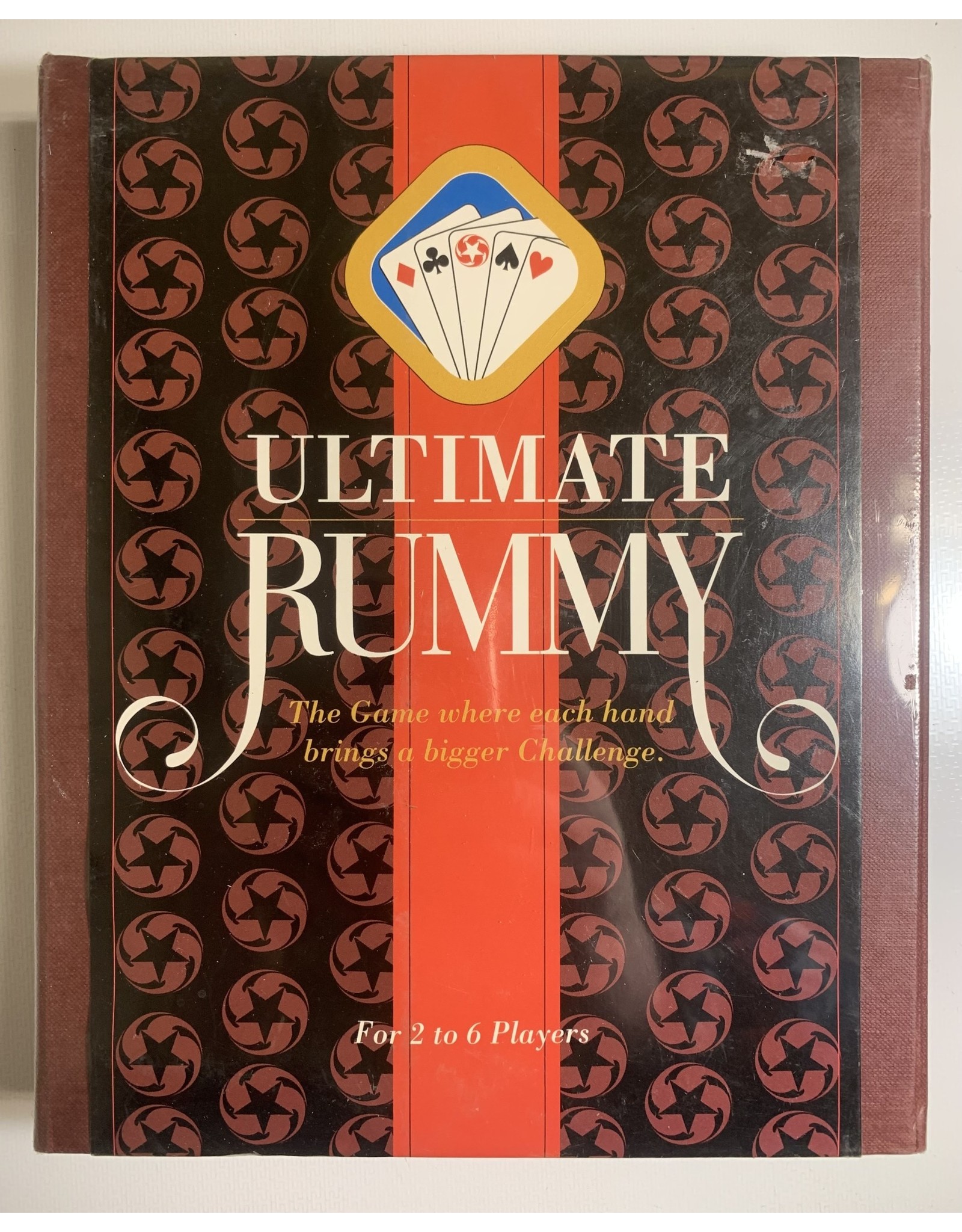 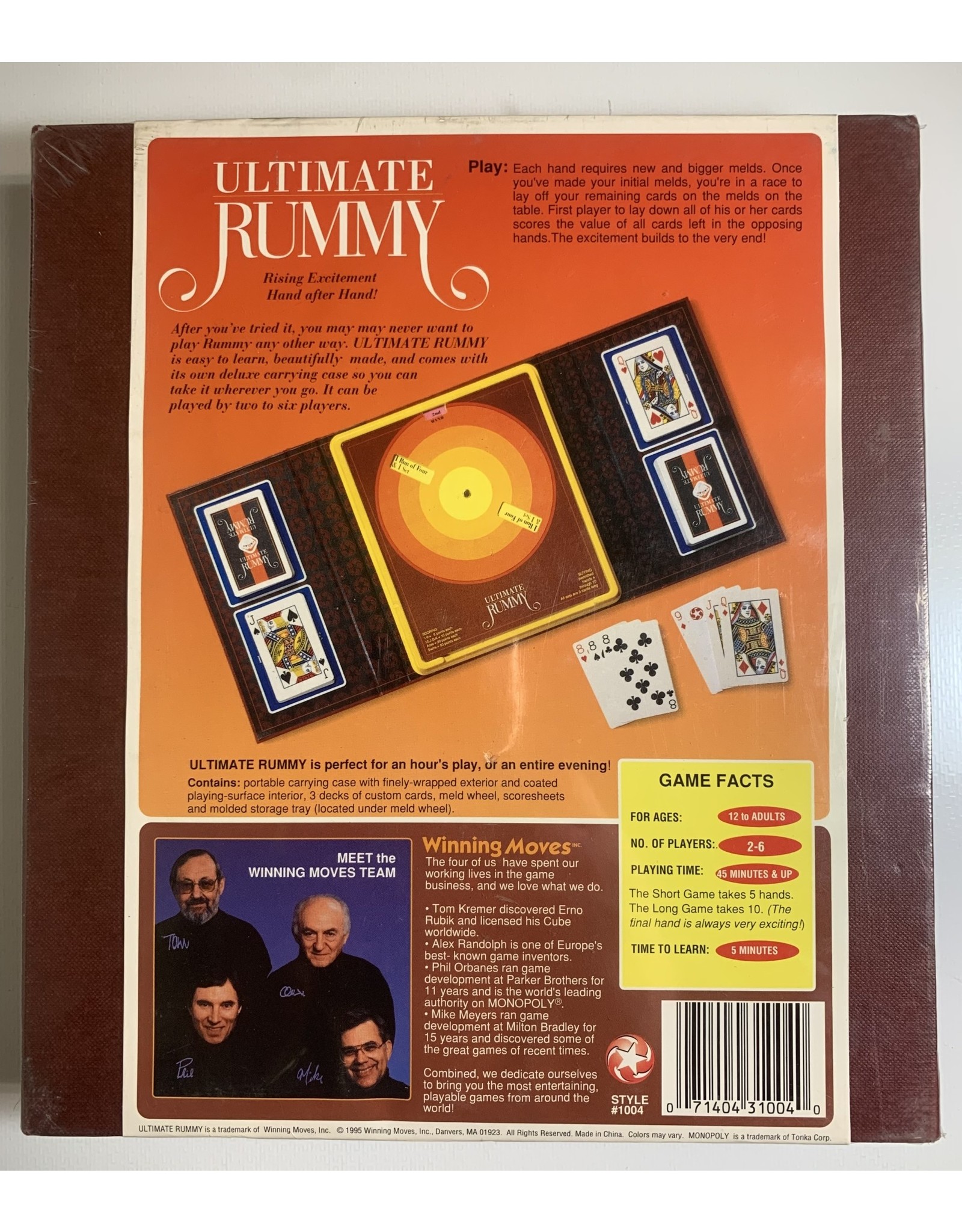 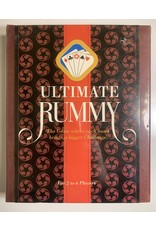 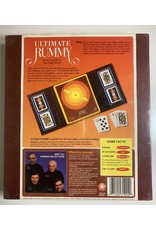 From the directions:
Ultimate Rummy is a card game that consists of five or ten progressive hands. Each hand played requires one more card than the last for its initial meld. The object of each hand is to be the first player to get rid of all your cards. After making your initial meld, you layoff [sic] cards on any meld in play in order to get rid of your cards and go out. Special decks of cards are used which includes [sic] 6 wild cards called "Swirls". The winner of each hand scores the value of all the cards that remain in the hands of the opponents."

From the credits:
Ultimate Rummy is based upon a version of Rummy known as Contract Rummy. People may know Contract Rummy by different names, such as Joker Rummy, King Rummy, Progressive Rummy or Shanghai Rummy. What they all have in common is a fixed number of deals, with each deal having a prefixed goal. Ultimate Rummy is not so much a creation of one individual, as it is a perfection of the Rummy games that have preceded it. We therefore must give credit to all the players who over the years have added their own nuances in seeking to achieve the 'ultimate' rummy game."