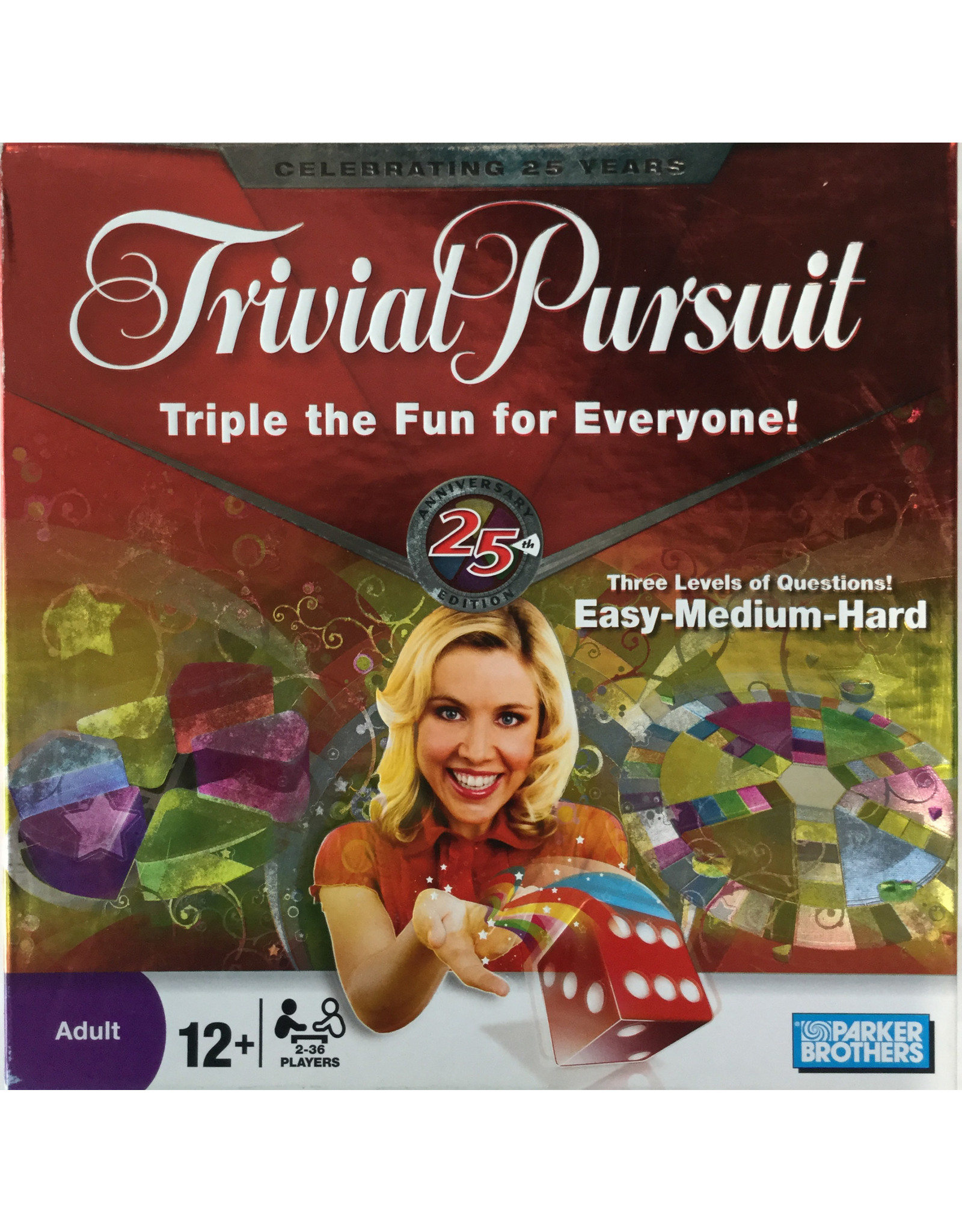 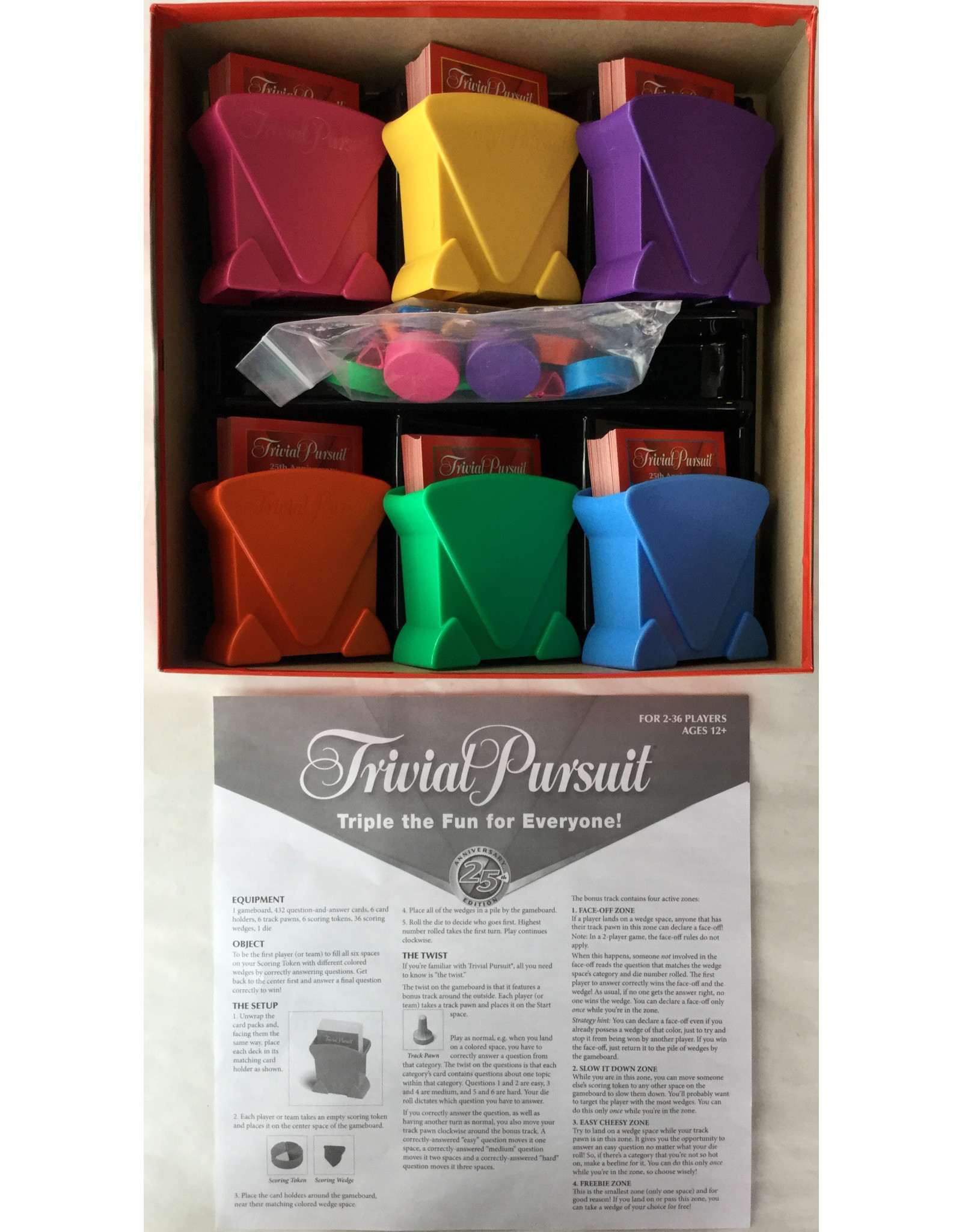 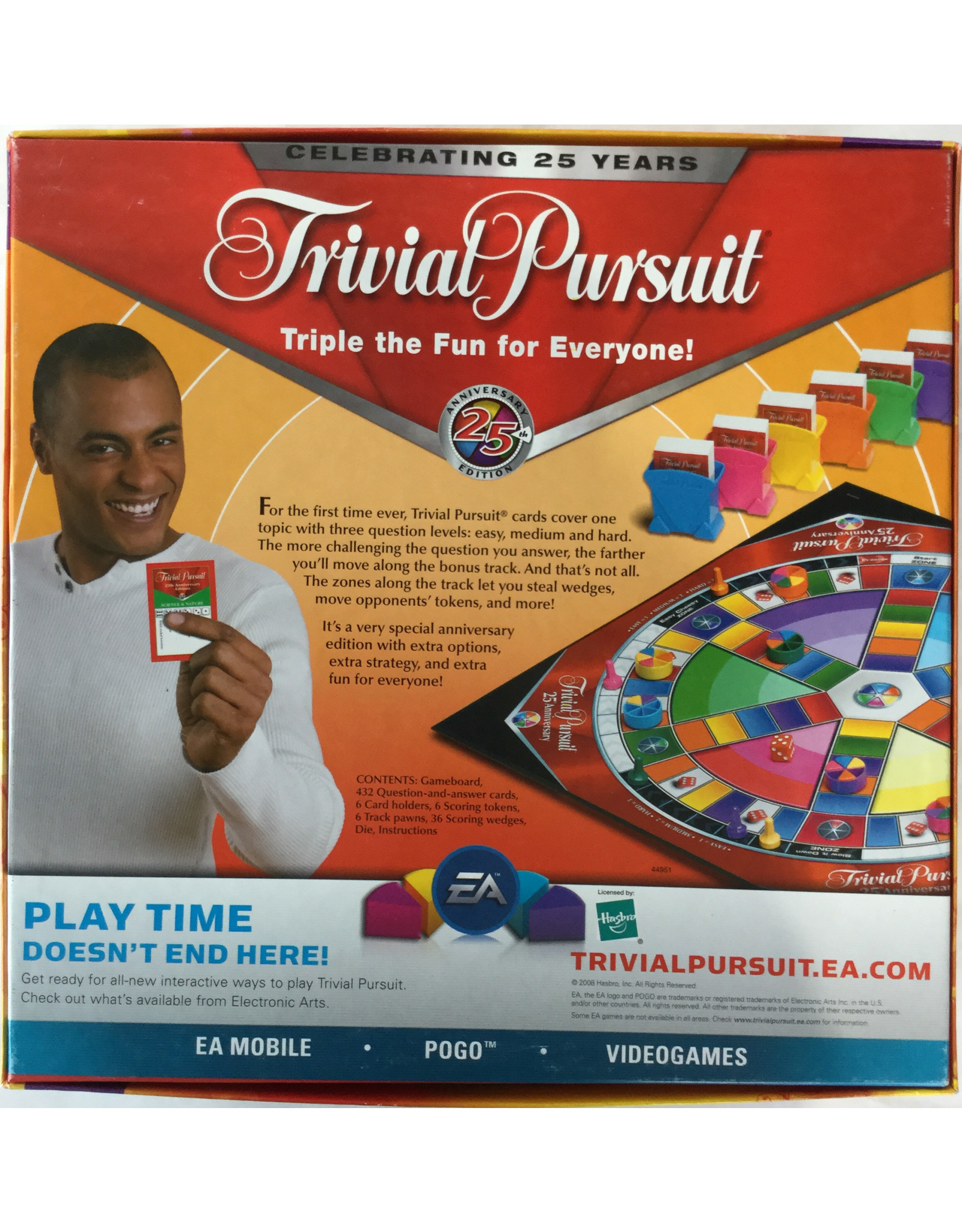 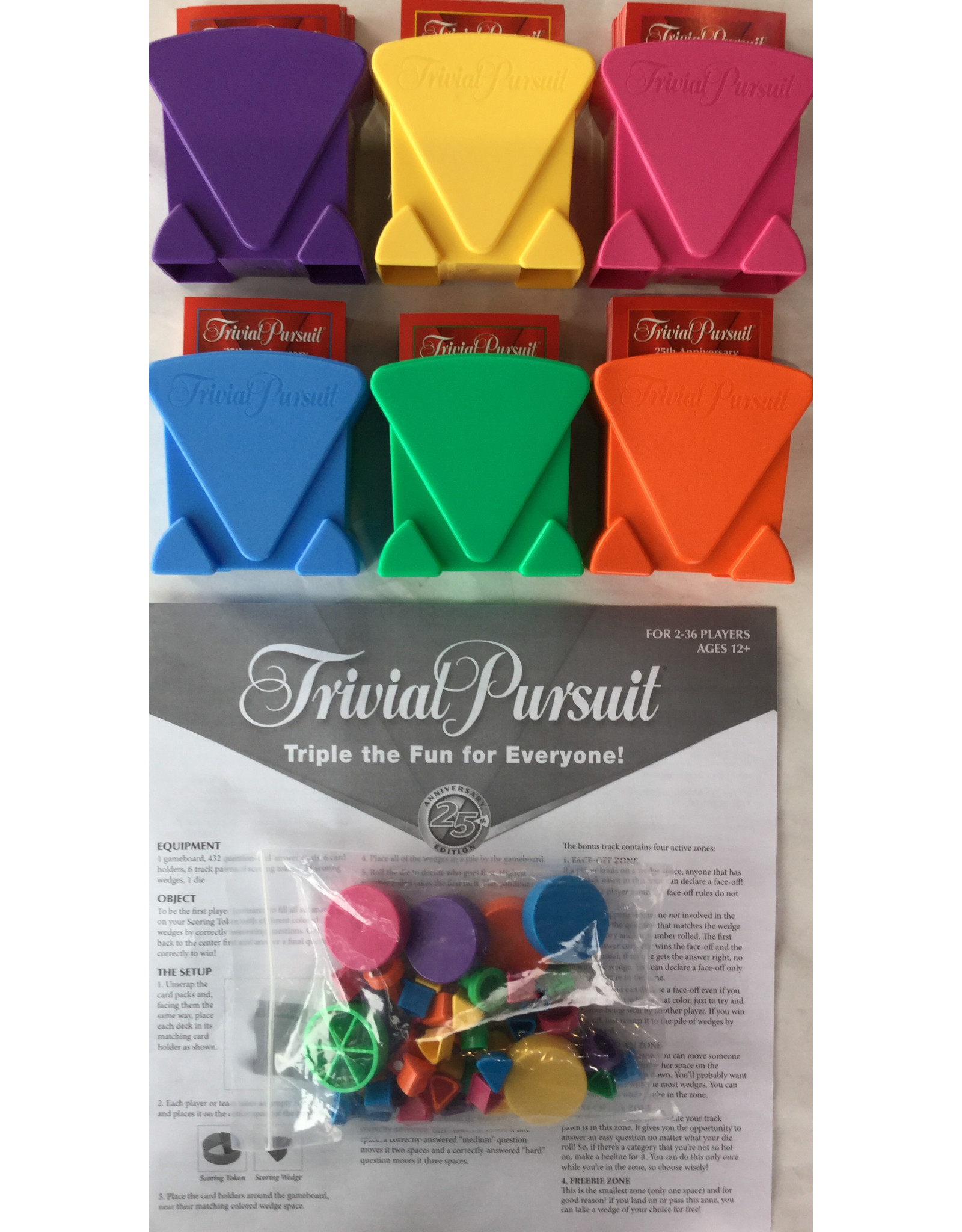 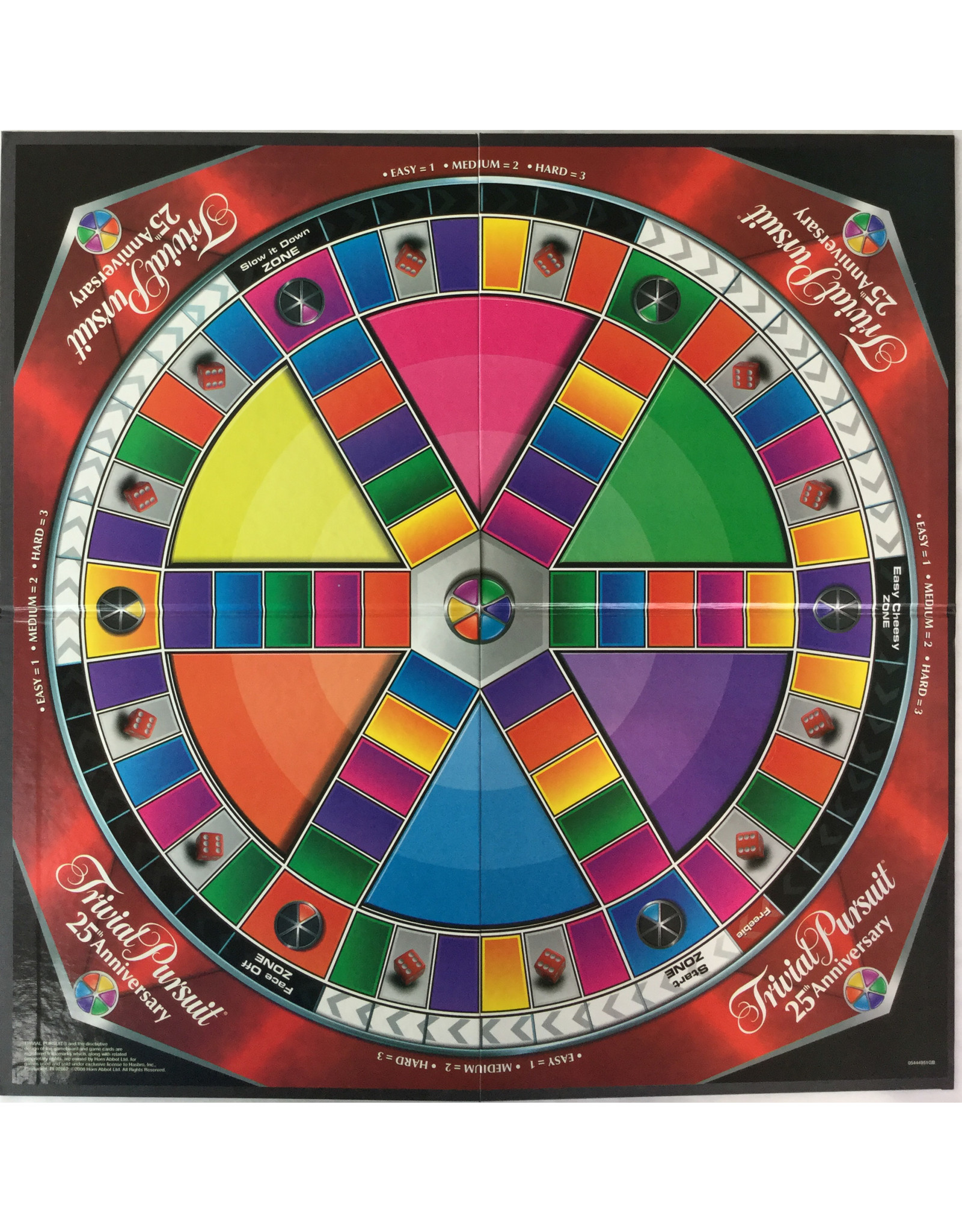 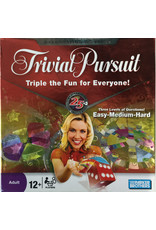 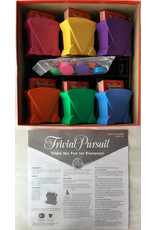 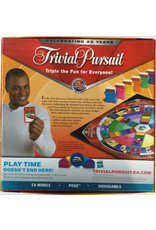 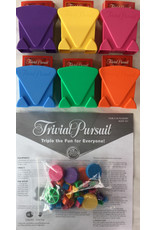 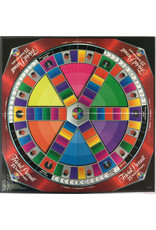 An update to the original Trivial Pursuit: Genus Edition (1981).

While the core of Trivial Pursuit: Genus Edition is still found in the 25th Anniversary Edition, there are a few differences from the original board game. The original six categories are still used: geography, entertainment, history, art & literature, science & nature, sport & leisure. Each category now has its own card, with six questions and three difficulty levels. What you roll determines the level of difficulty of the question. A roll of one or two results in an easy question, three or four a medium question, and five or six a hard question. Play in the middle of the board is just like the 1981 version where you roll the die, move your scoring token that number of spaces, and try to answer a question in an attempt to roll again or, in a special case, win a wedge of the corresponding color.

The object of the game is still to win all 6 wedges and answer one final question in the center of the board.

The biggest difference of this new version is the addition of an outside track, which you move a 2nd playing piece, a pawn of the same color, around. If you get a question correct, you get to move your pawn a certain number of spaces depending on the difficulty of the question answered. If your pawn lands in one of the four "specialty zones", you are granted a special power used either to help your chances to win the game or hurt your opponents. These zones are the Face-Off Zone, the Slow it Down Zone, The Easy Cheesy Zone, and Freebie Zone.