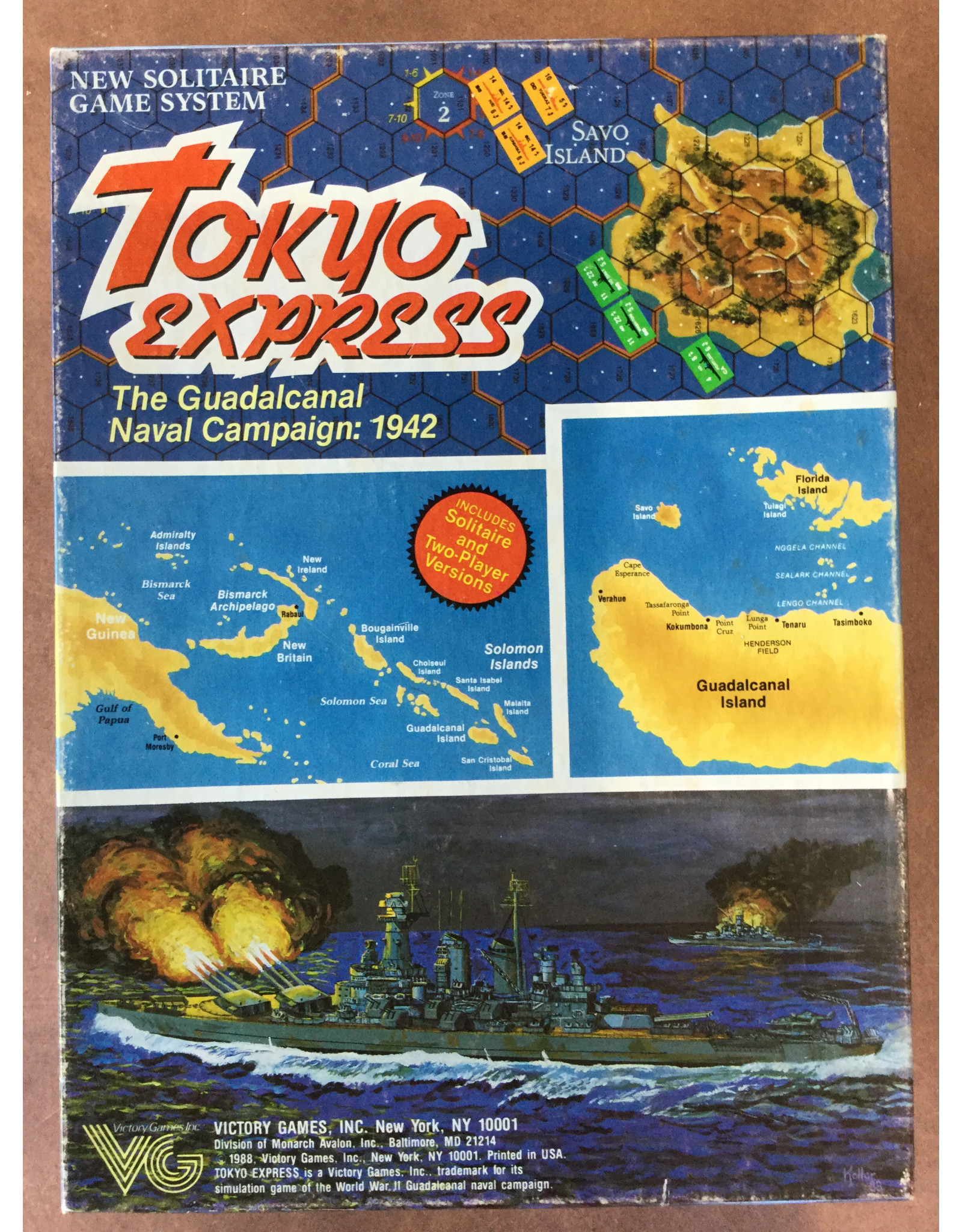 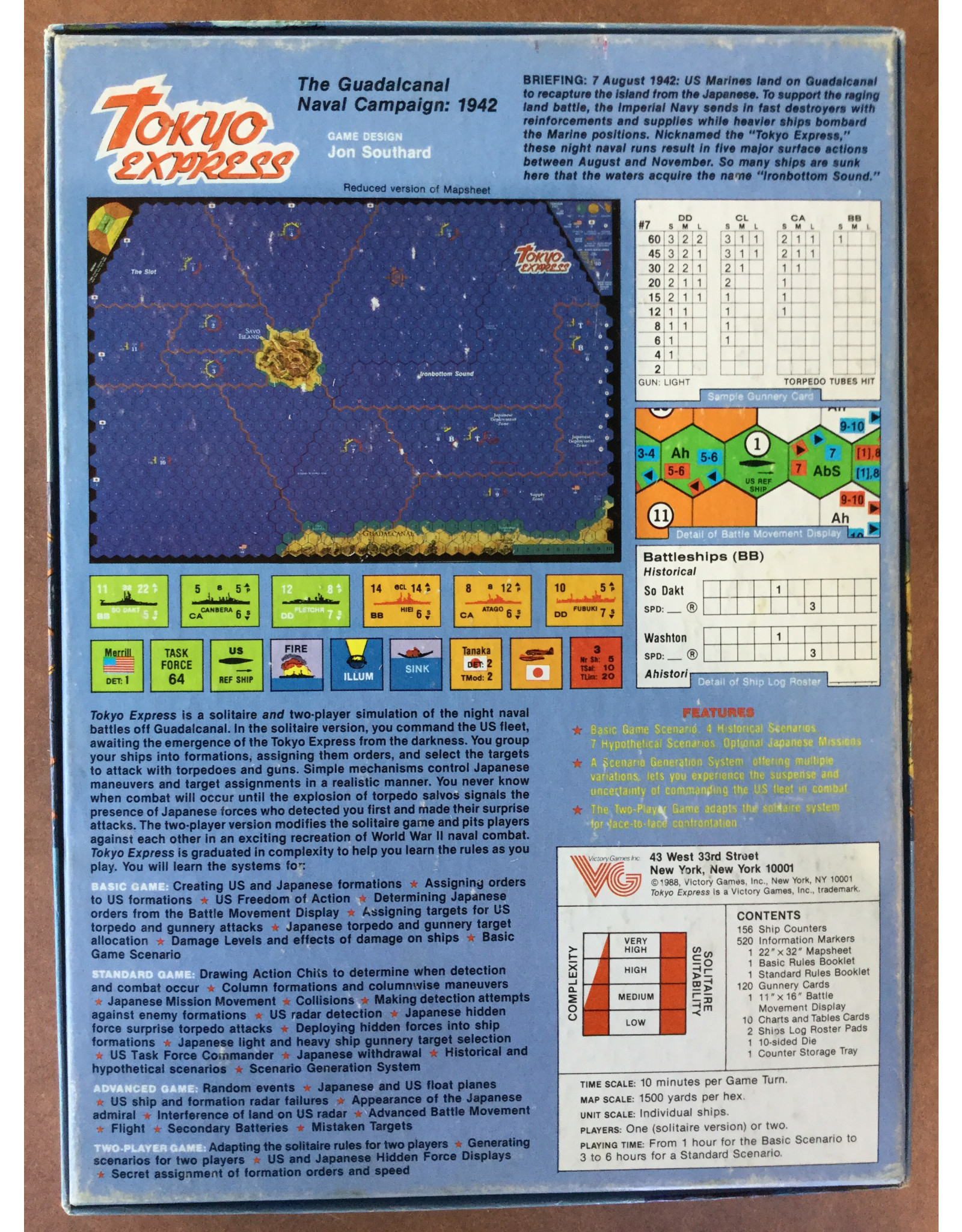 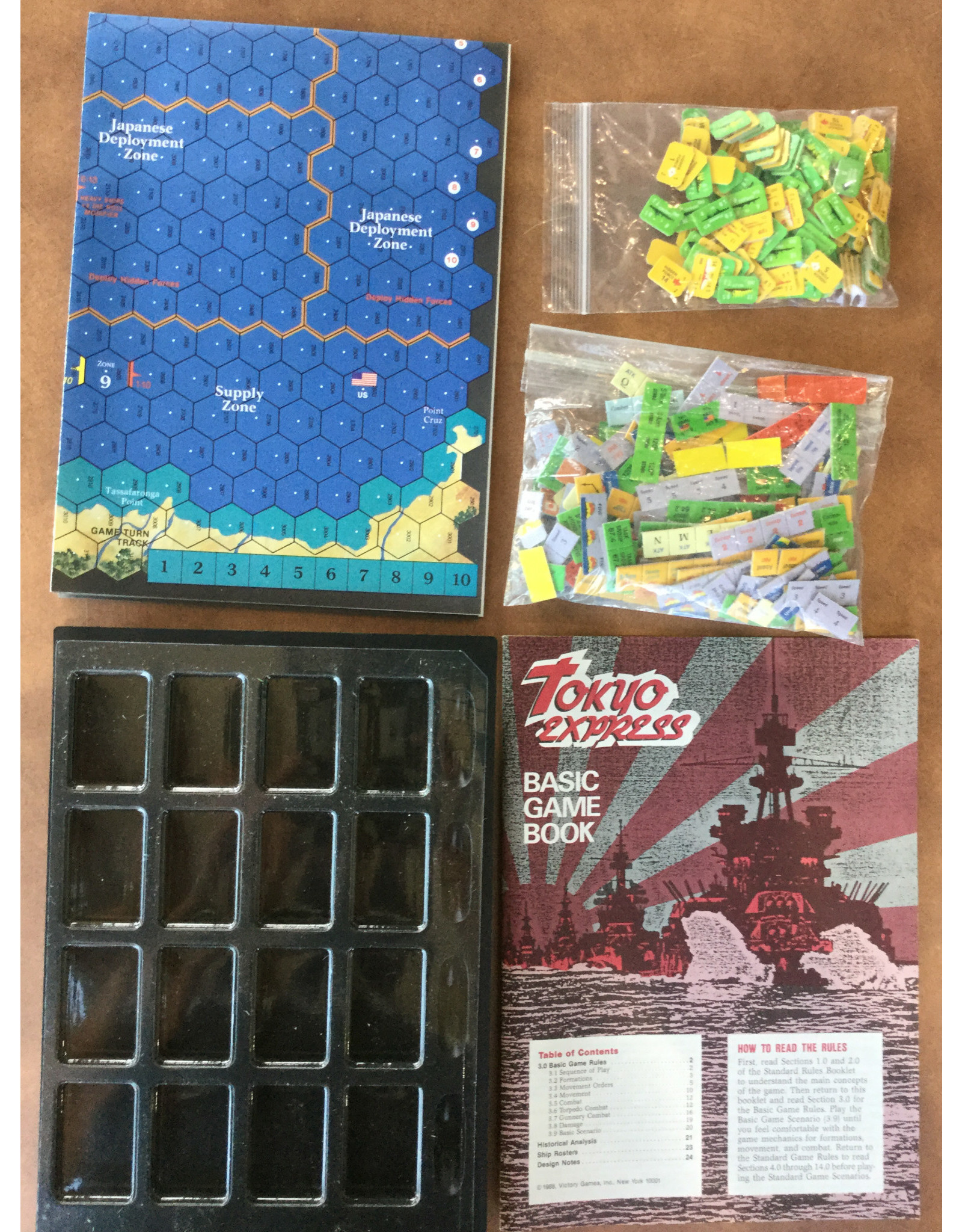 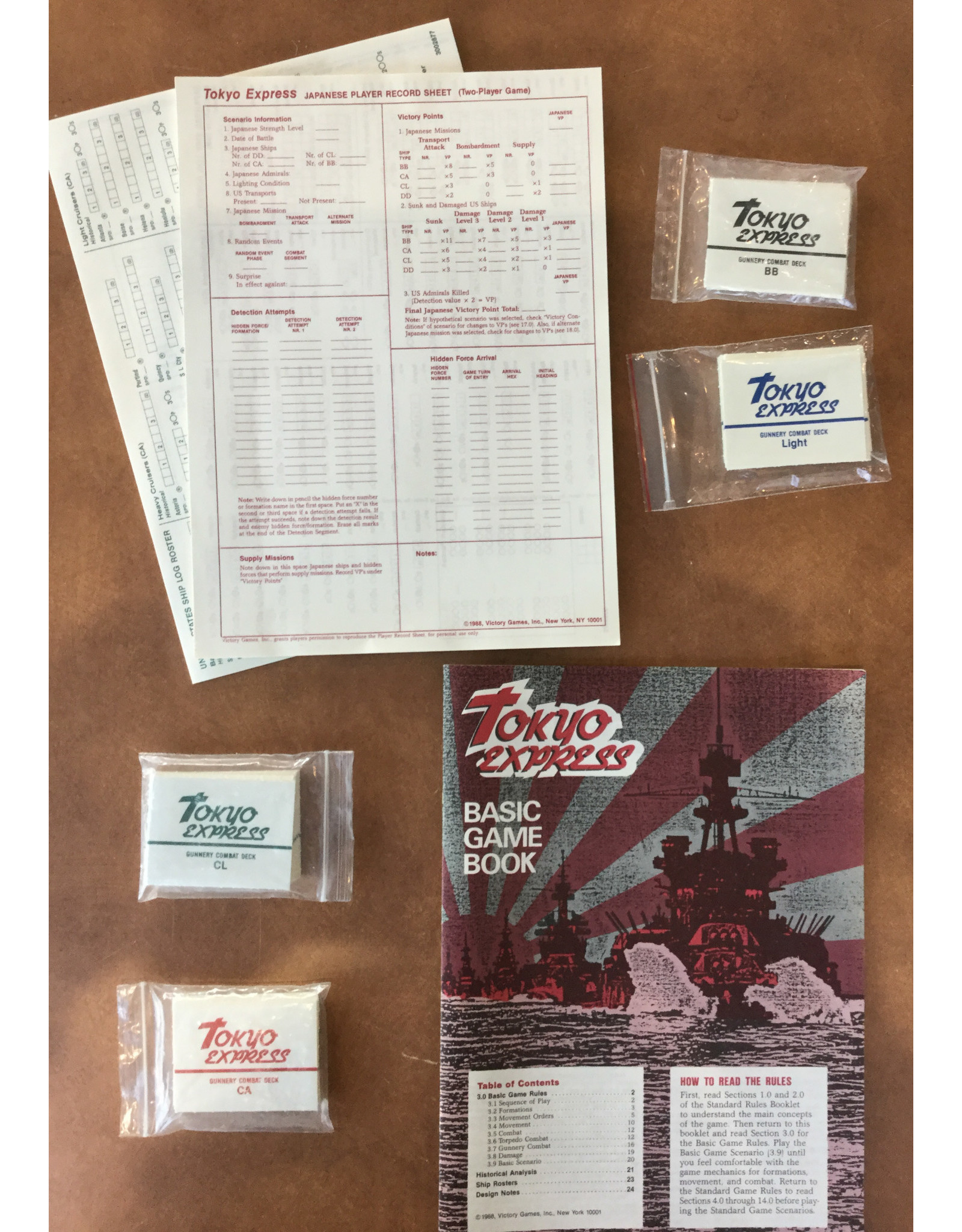 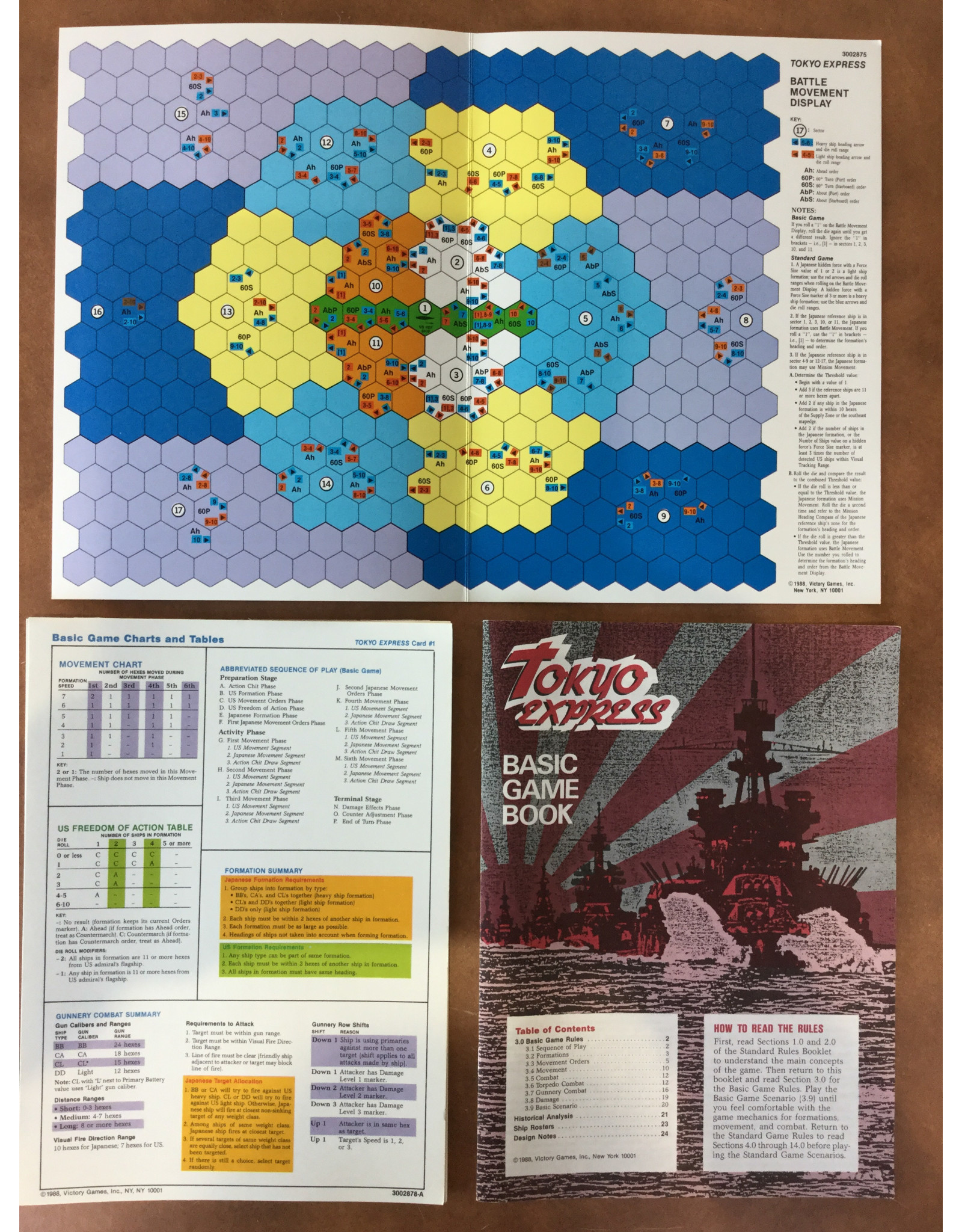 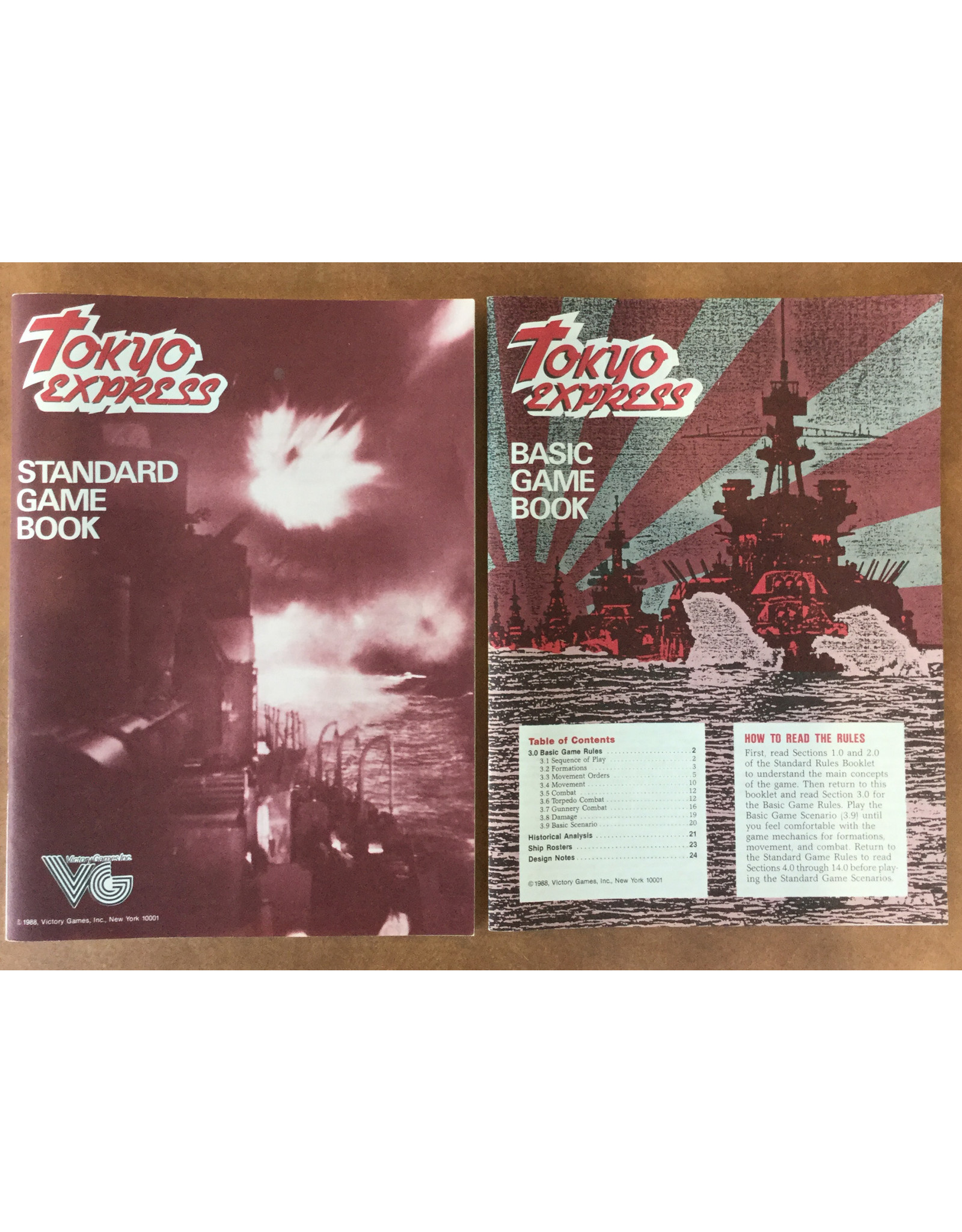 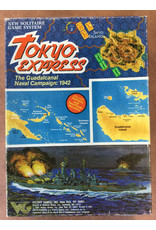 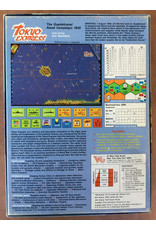 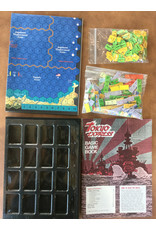 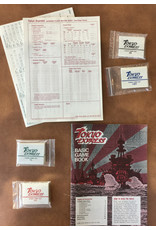 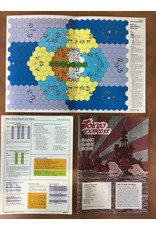 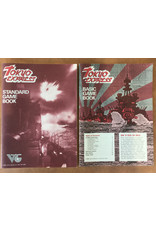 Tokyo Express is a solitaire and two-player simulation of the night naval battles off Guadalcanal. In the solitaire version, you command the US fleet, awaiting the emergence of the Tokyo Express from the darkness. You group your ships into formations, assigning them orders, and select the targets to attack with torpedoes and guns. Simple mechanisms control Japanese maneuvers and target assignments in a realistic manner. You never know when combat will occur until the explosion of torpedo salvos signals the presence of Japanese forces who detected you first and made their surprise attacks. The two-player version modifies the solitaire game and pits players against each other in an exciting recreation of World War II naval combat. Tokyo Express is graduated in complexity to help you learn the rules as you play.