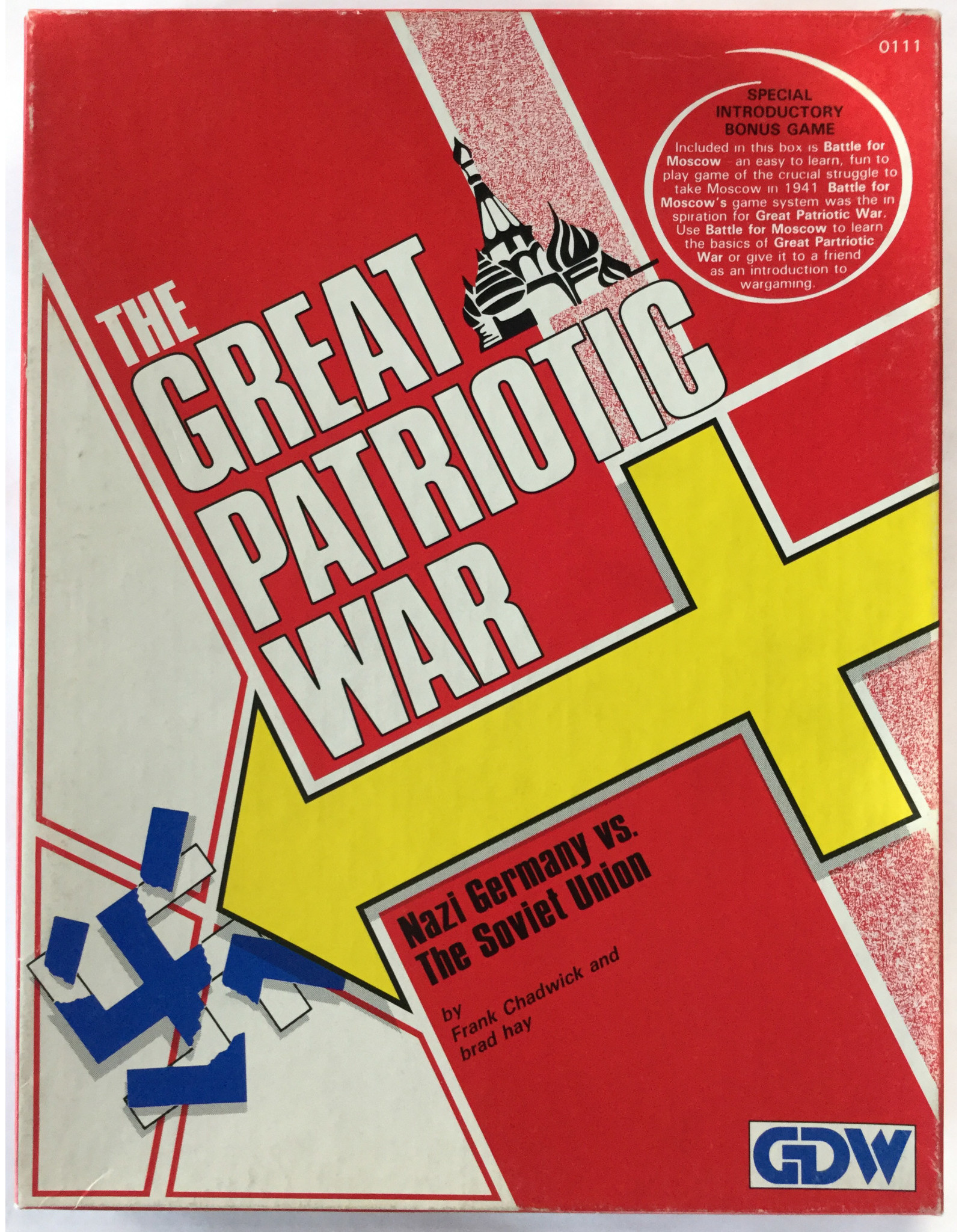 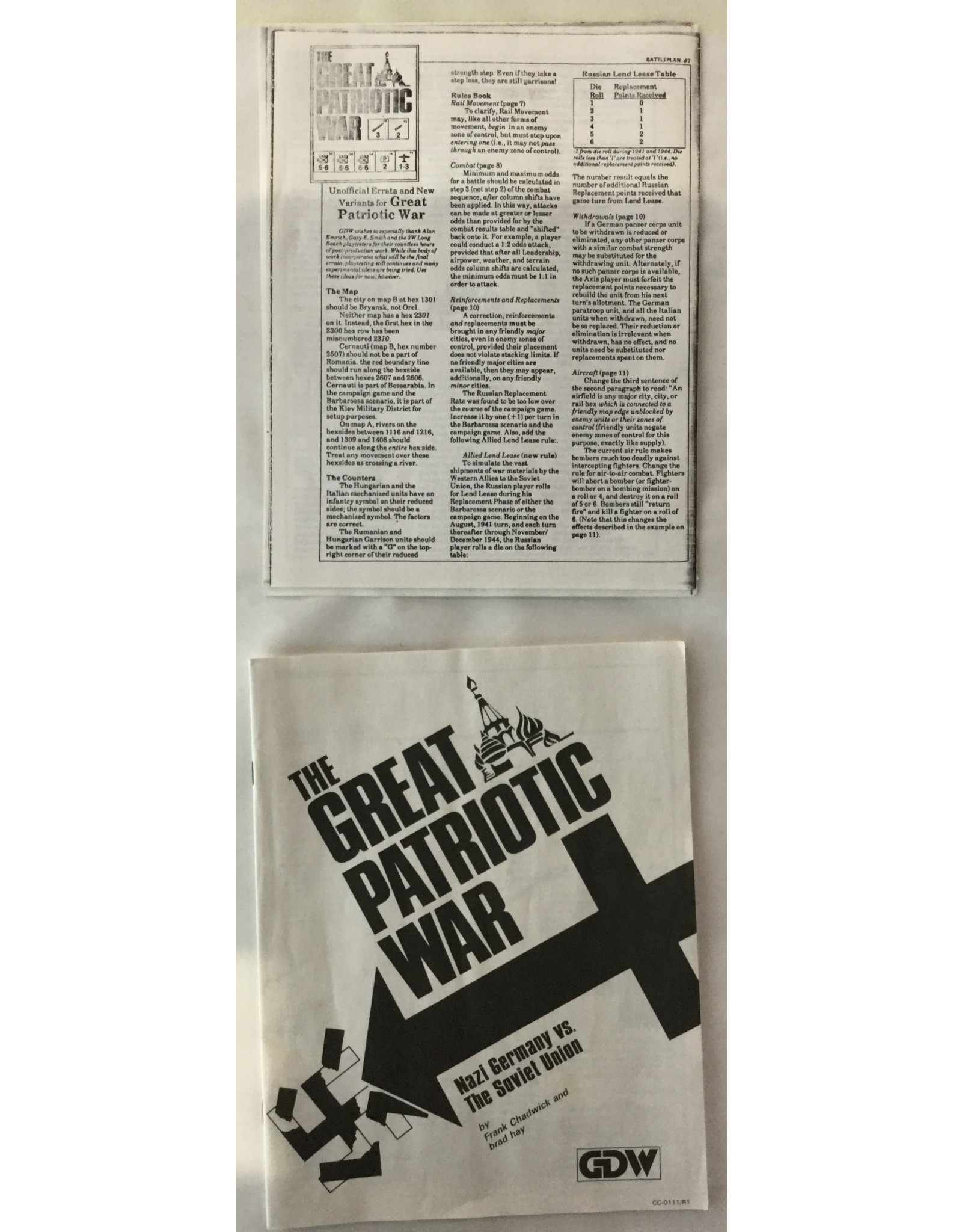 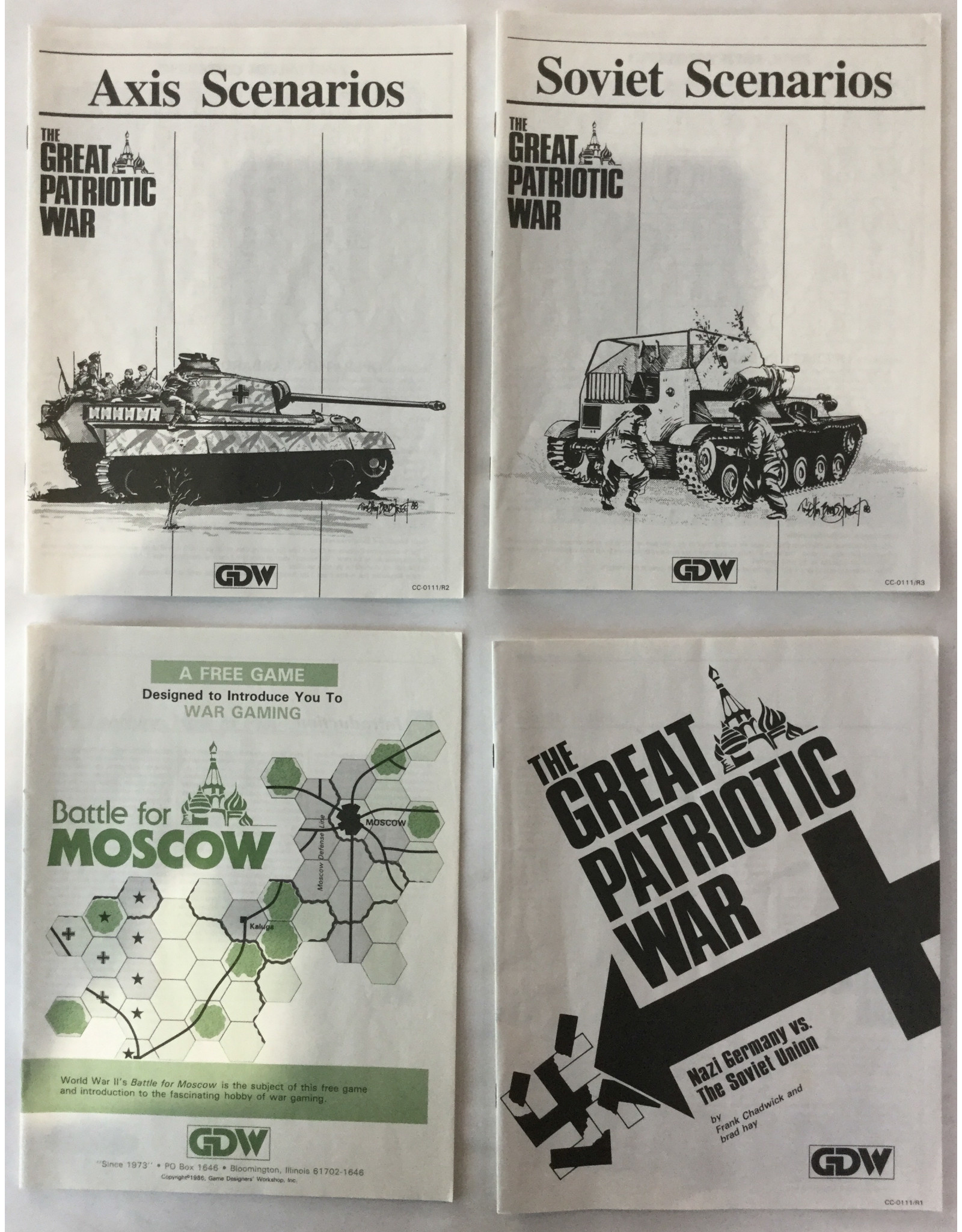 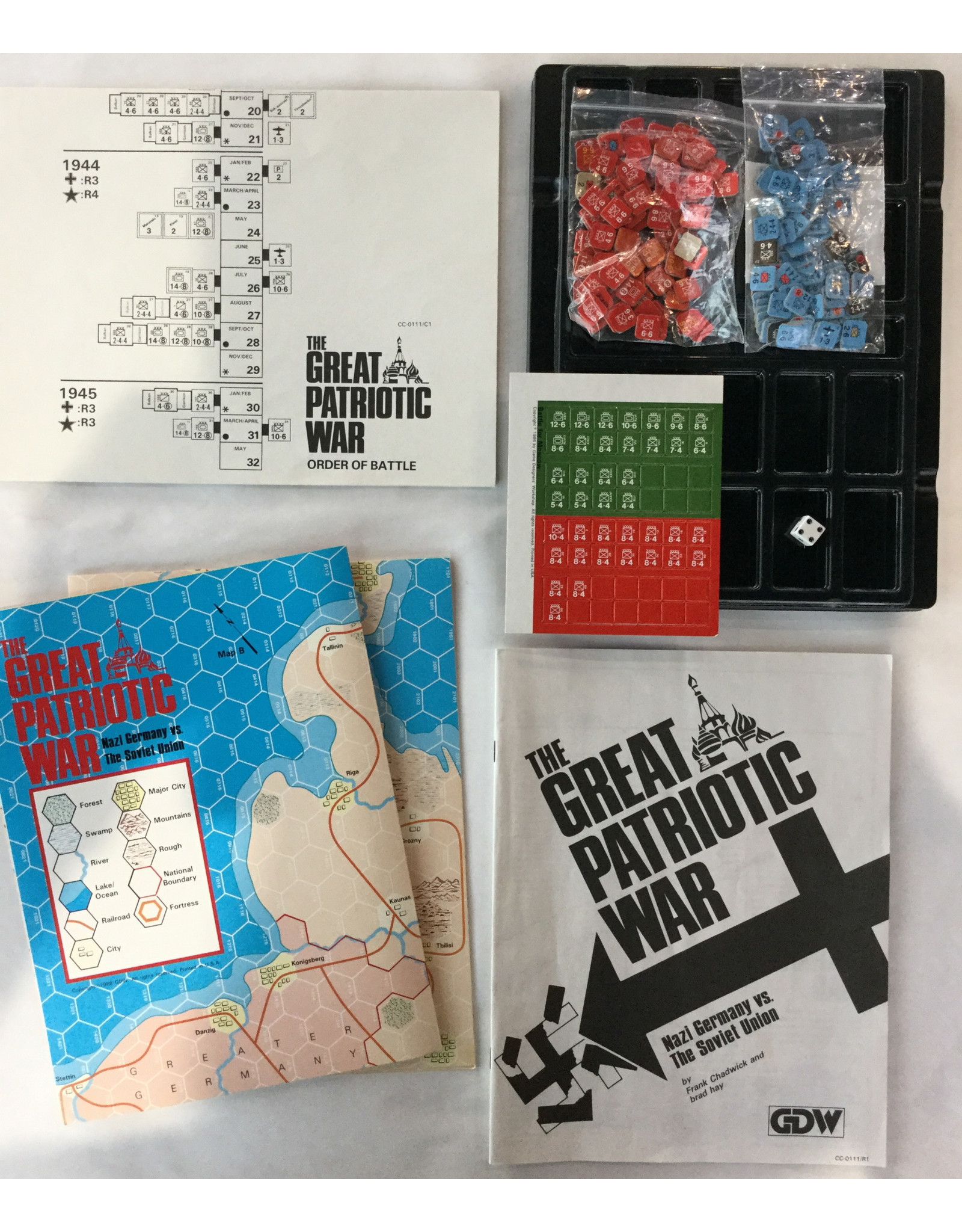 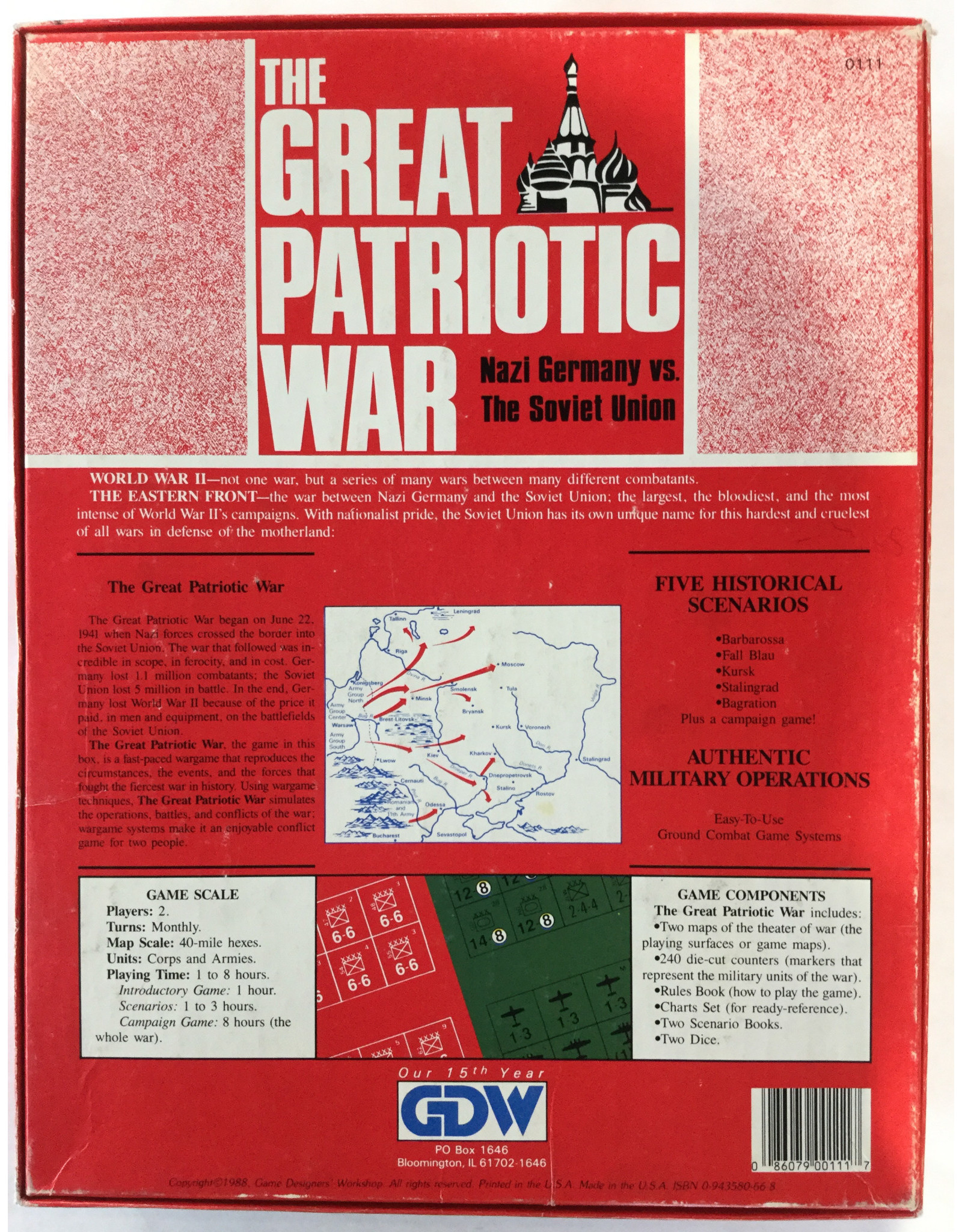 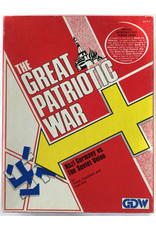 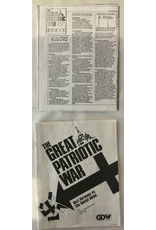 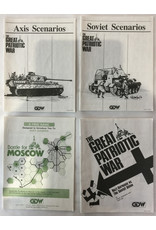 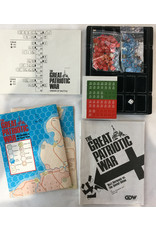 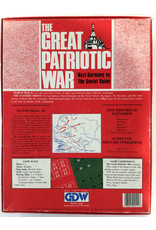 The Great Patriotic War: Nazi Germany vs. the Soviet Union is a fast-paced wargame that reproduces the circumstances, the events, and the forces that fought the fiercest war in history. Using wargame techniques, The Great Patriotic War simulates the operations, battles, and conflicts of the war; wargame systems make it an enjoyable conflict game for two people.

Component Conditions:
Box lid has scuffing, creasing, deformation, and fraying.
Box bottom has scuffing, creasing, minor deformation.
Contents have minor usage and 56 counters are unpunched.
Cards have minor usage.
Game board has minor creasing at folds.
should have 240 counters, however 276 were counted.
Missing set of reinforcement charts.
Add your review
0 stars based on 0 reviews