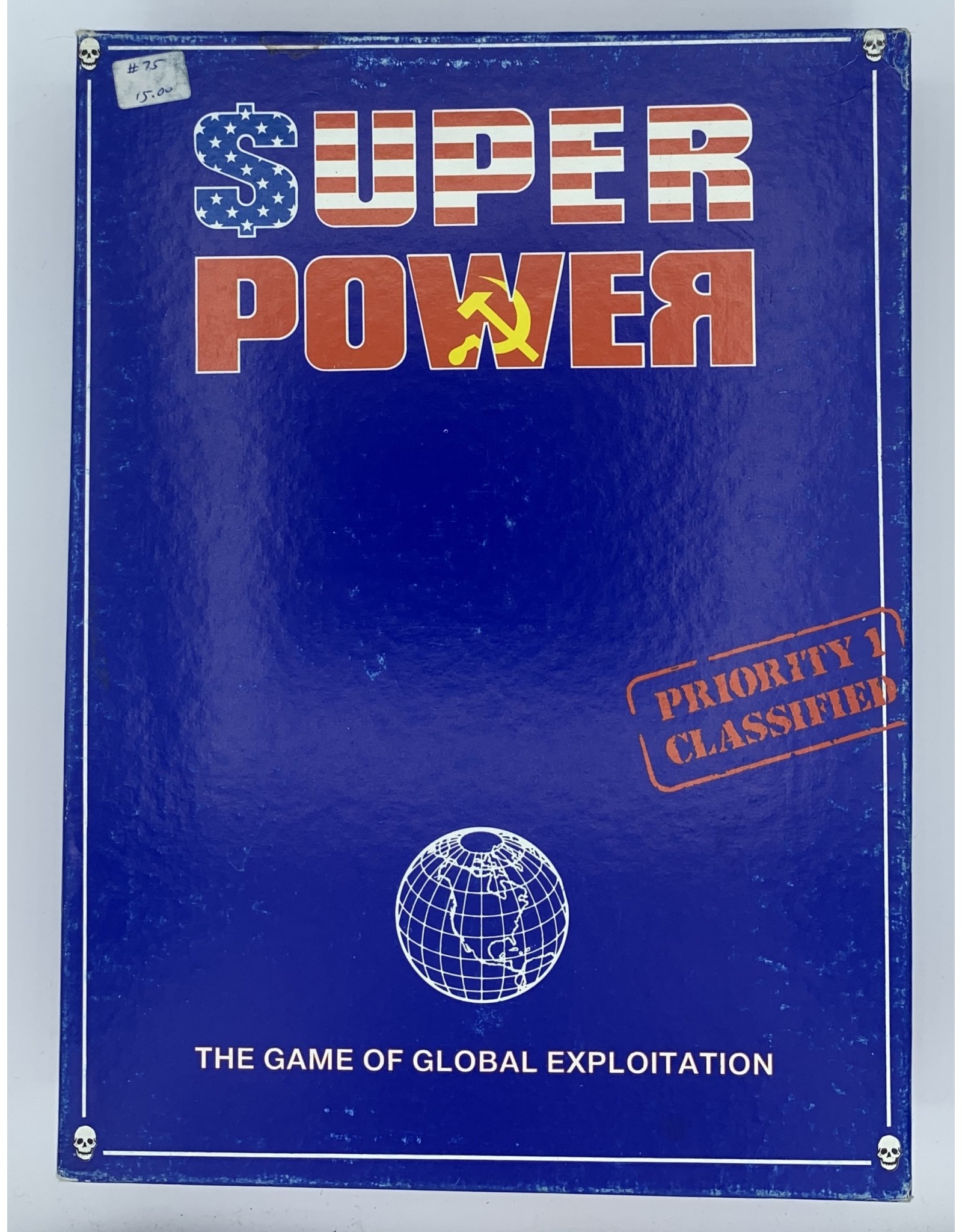 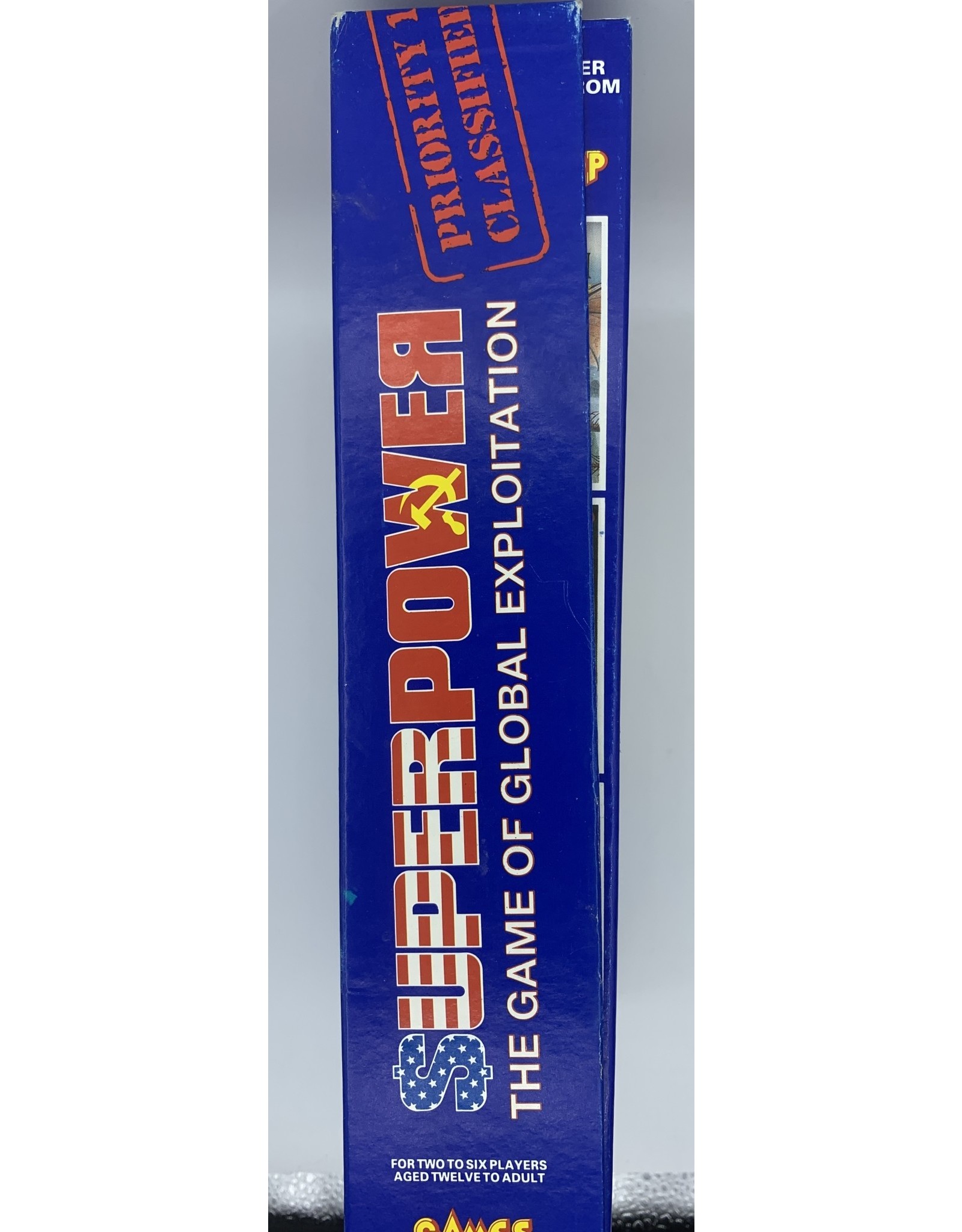 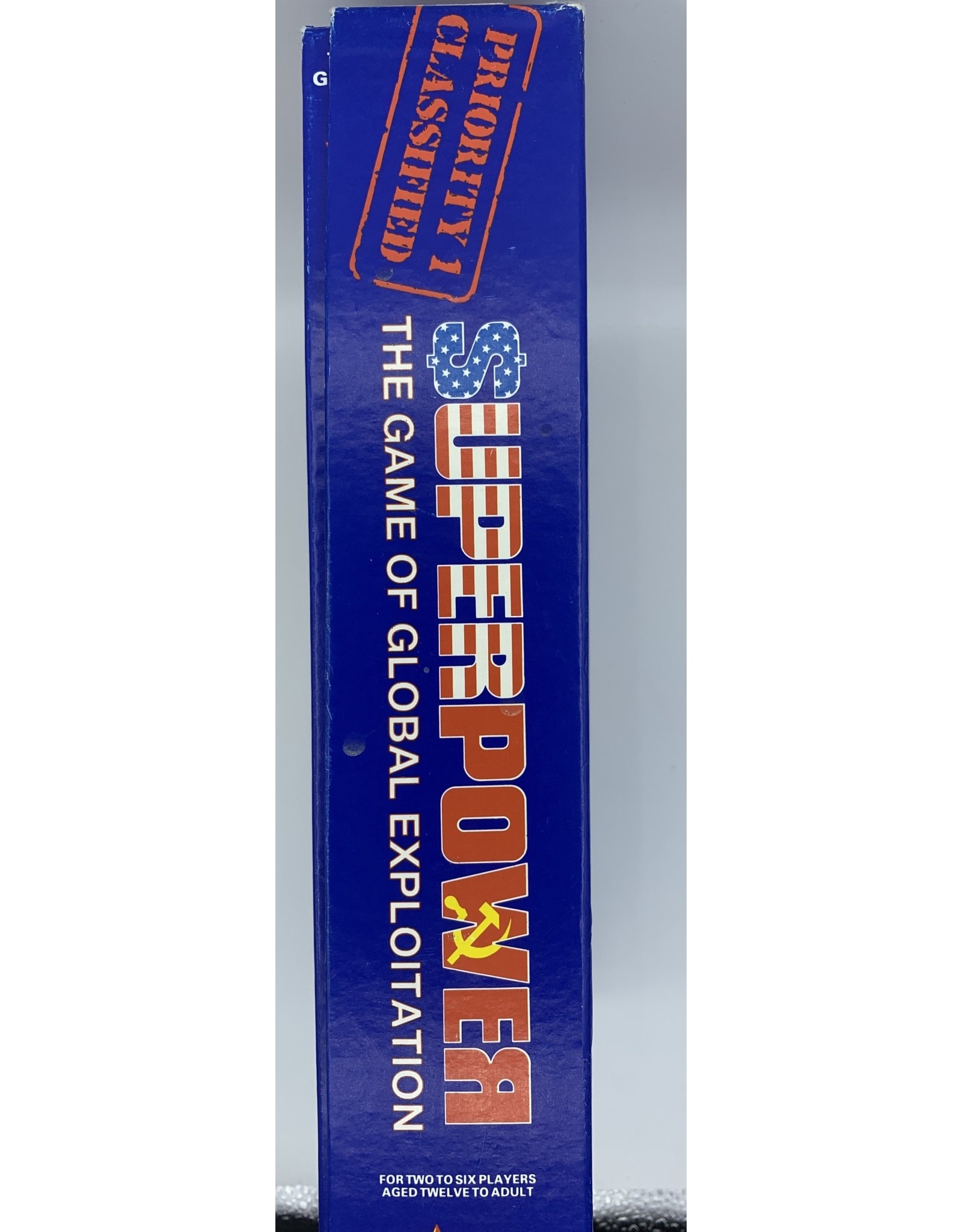 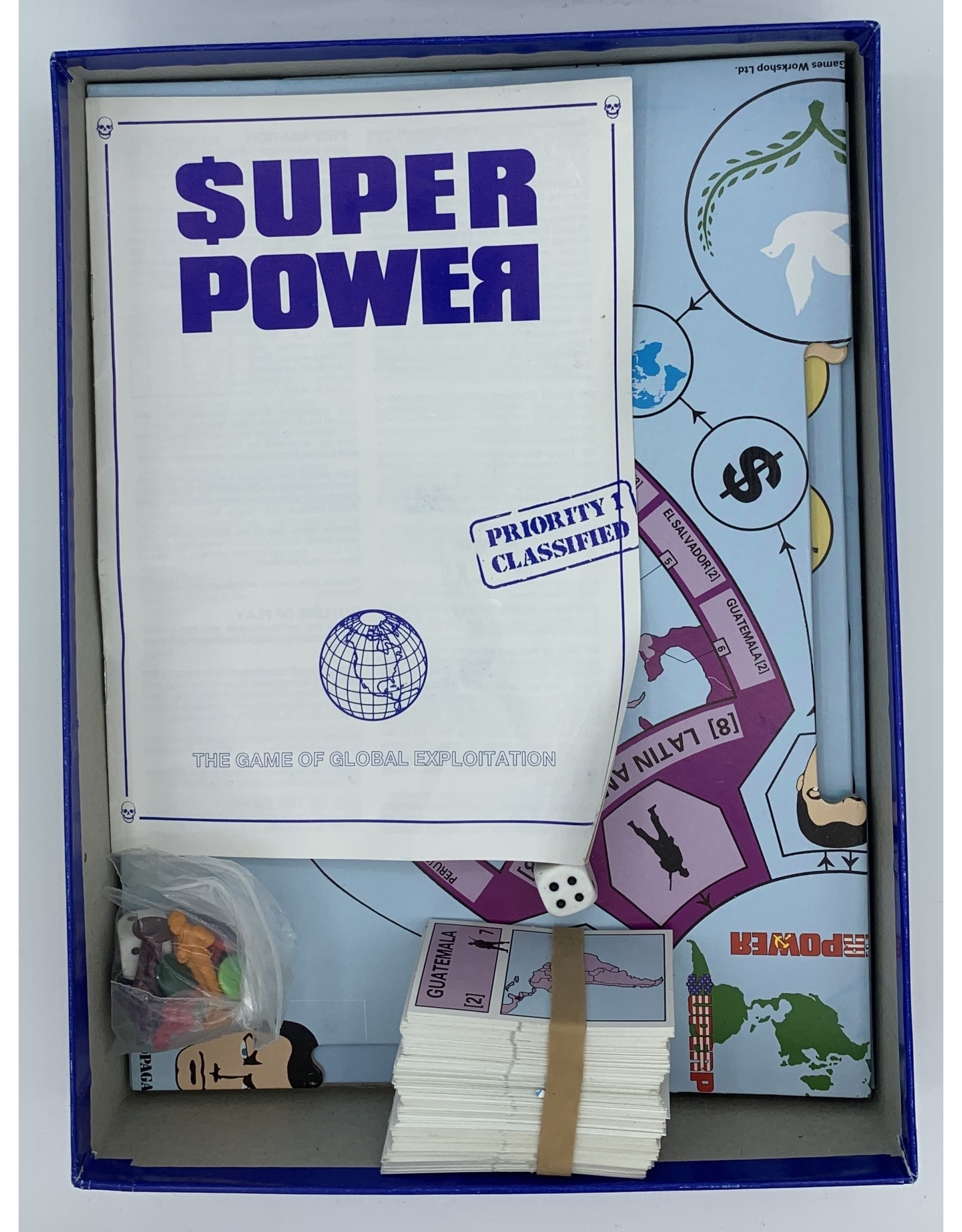 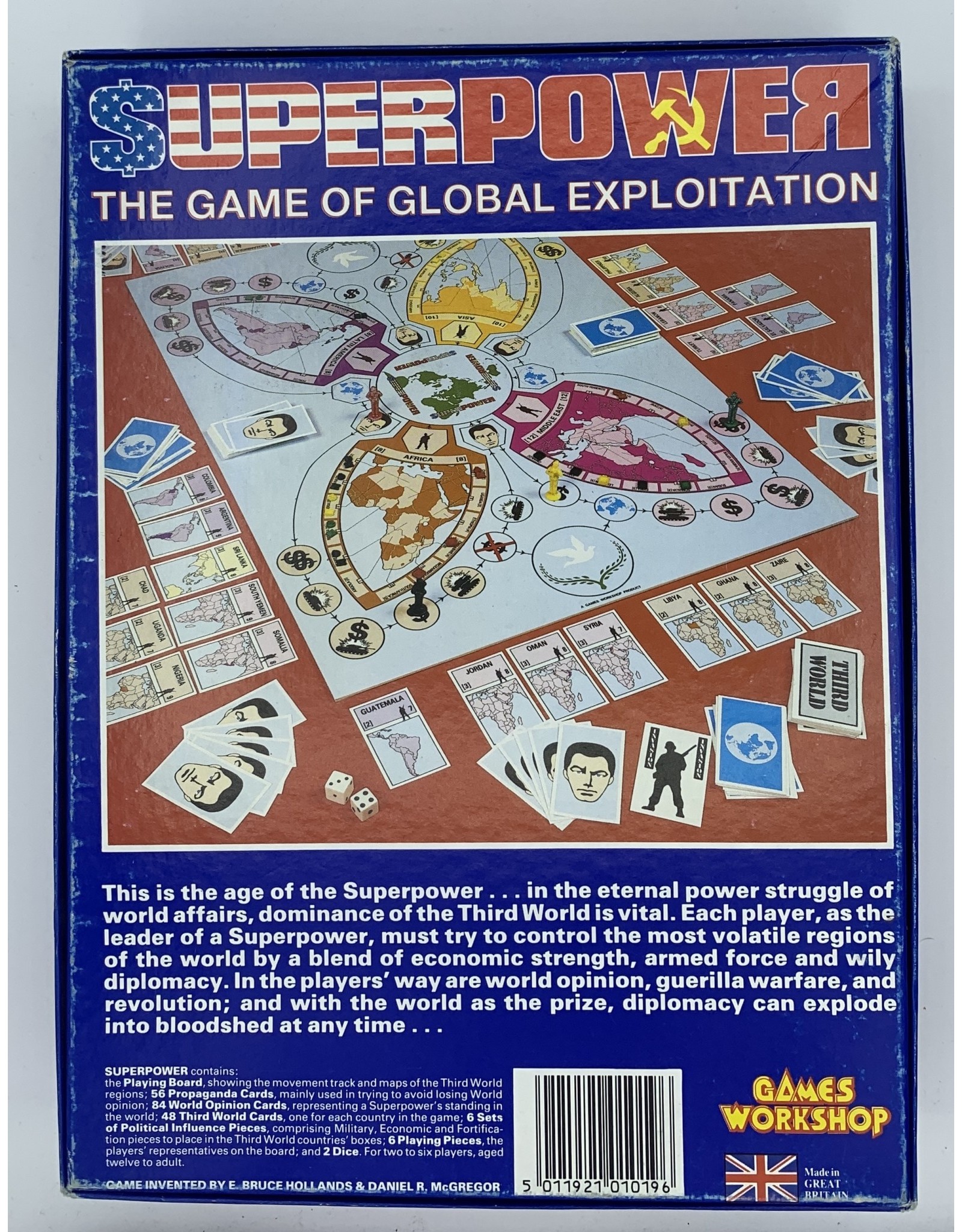 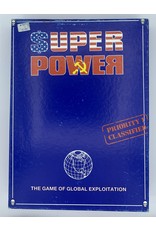 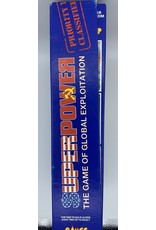 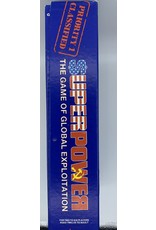 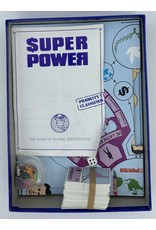 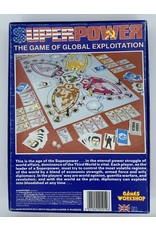 The object of Superpower is to control as much of the Third World as possible by the end of the game. The game uses several decks of cards, a roll and move game track, and voting rights based on the number of third world countries 'owned'. A player chooses between one of four actions on his turn: Moving his pawn on the board via die roll; military fortification of a previously influenced country; military response to another player's prior coup d'etat against a non-fortified country; or attempt an invasion of a non-fortified country. The game centres around keeping other players' military influence markers out of strategically valued countries, and installing your own influence and subsequent fortifications in same. Once a country has military fortifications installed, it is immune from all further actions. Unfortunately for the warmongers, world opinion is constantly being lowered by hostile actions, and propaganda efforts must be maintained to keep world opinion high enough for successful actions. Of course, before you can militarily influence anybody, you have to get economic influence going, and the various spaces on the board track take care of giving everybody opportunity for same.