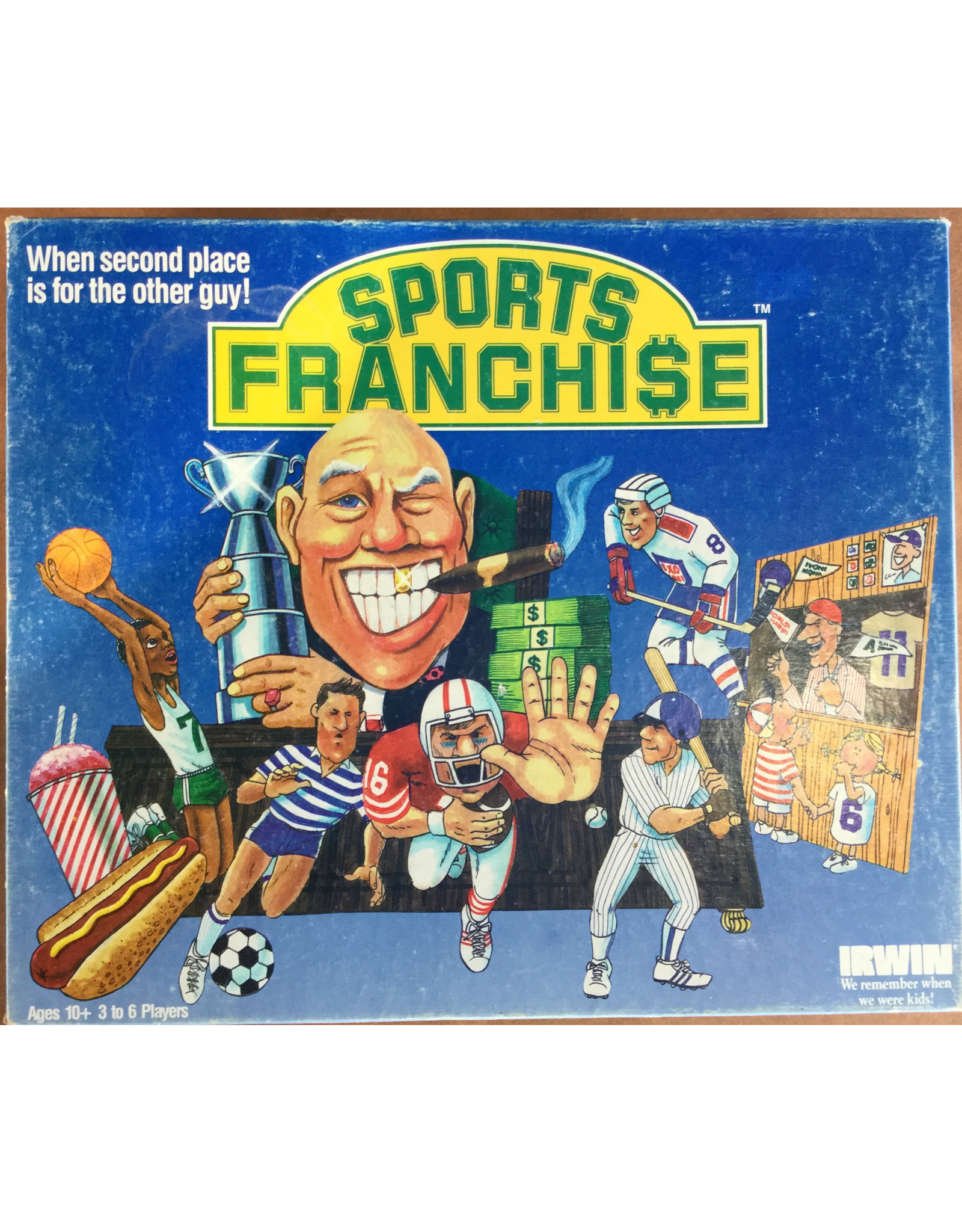 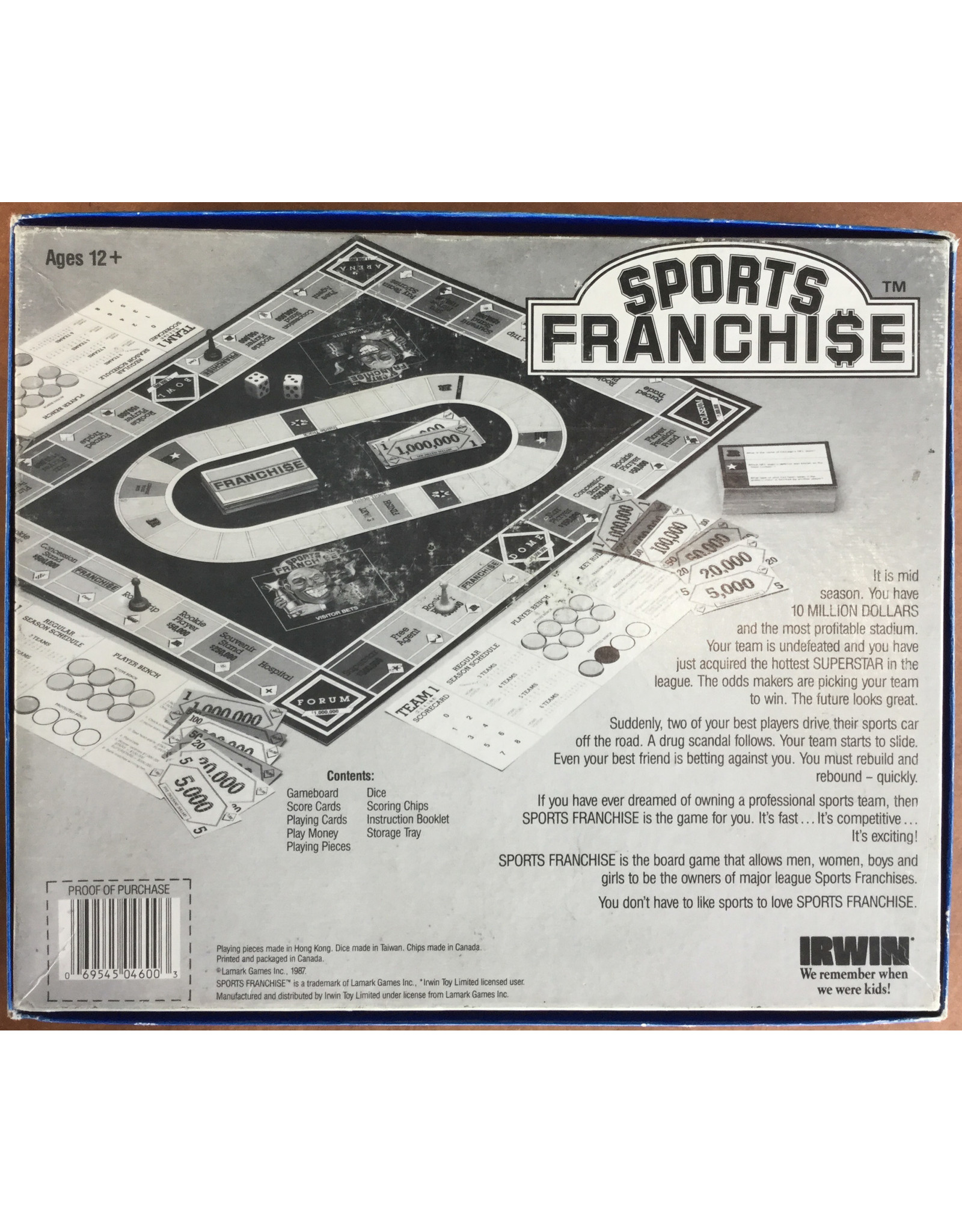 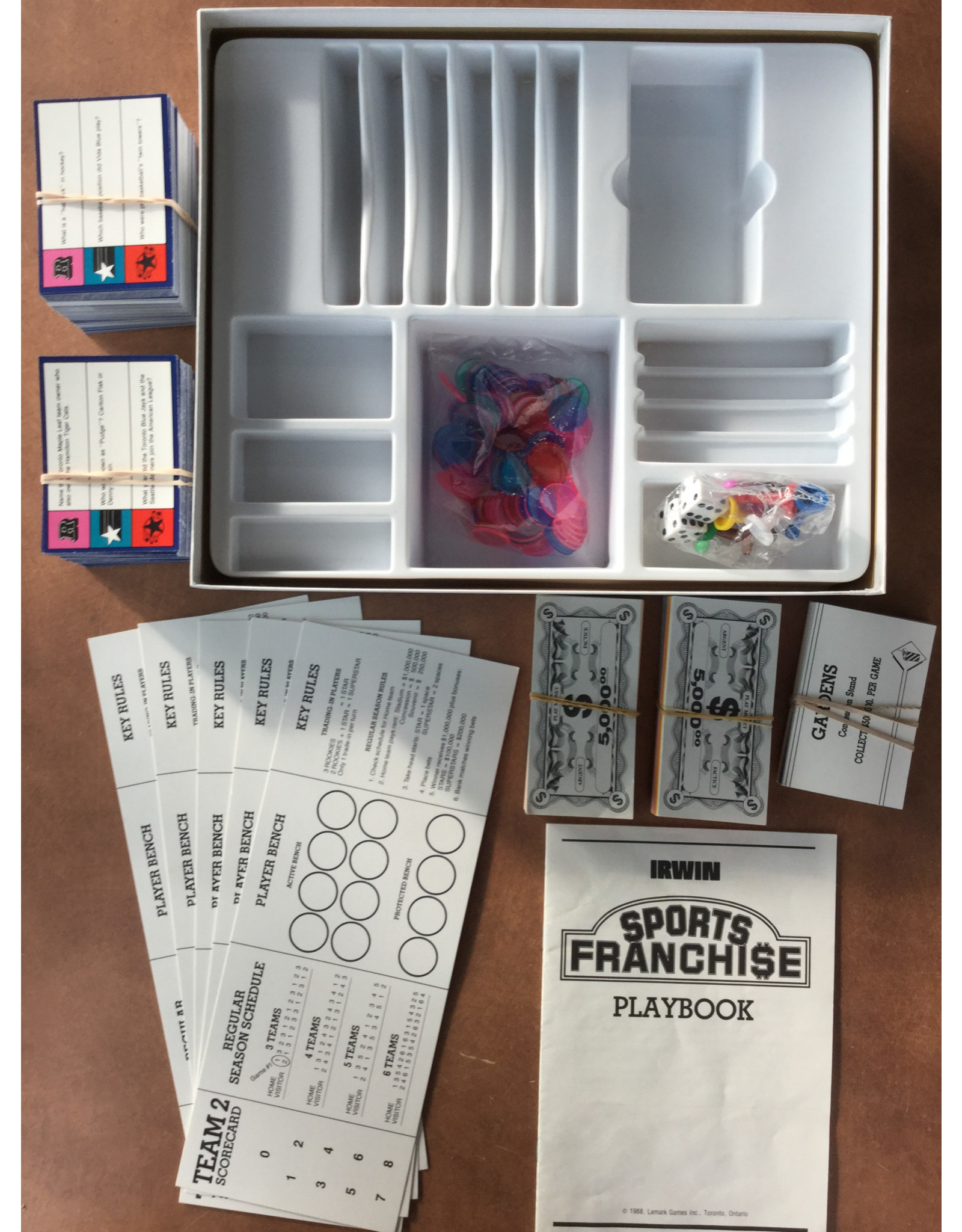 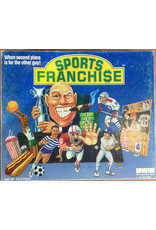 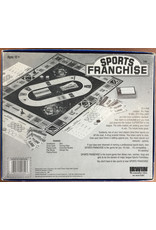 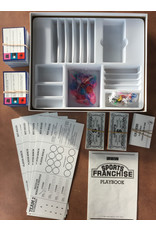 Sports Franchise is the board game that makes every player the owner of a major league Sports Franchise. Your luck and competitive instinct will be tested while you attempt to become the most successful owner.

The object of the game is to become the wealthiest Franchise Owner. This is done by shaping your original team of rookies into stars and by acquiring money, stadiums, concession stands, and souvenir stands. You will build your Franchise on the board's outside track and play a scheduled series of games against your opponents on the inside track. When the regular season is over and a championship game has been played, the Franchise Owner that has accumulated the most wealth will be the winner.