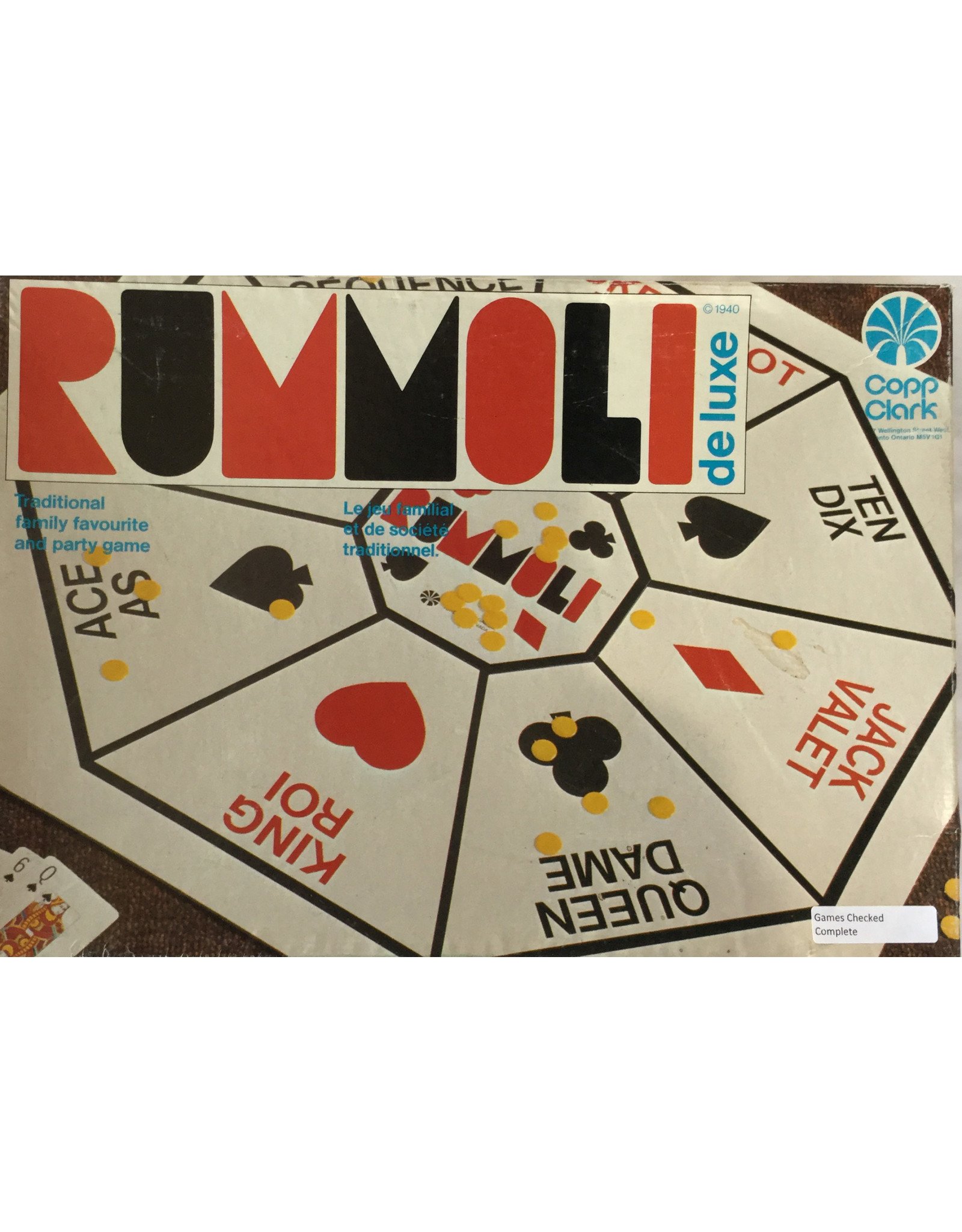 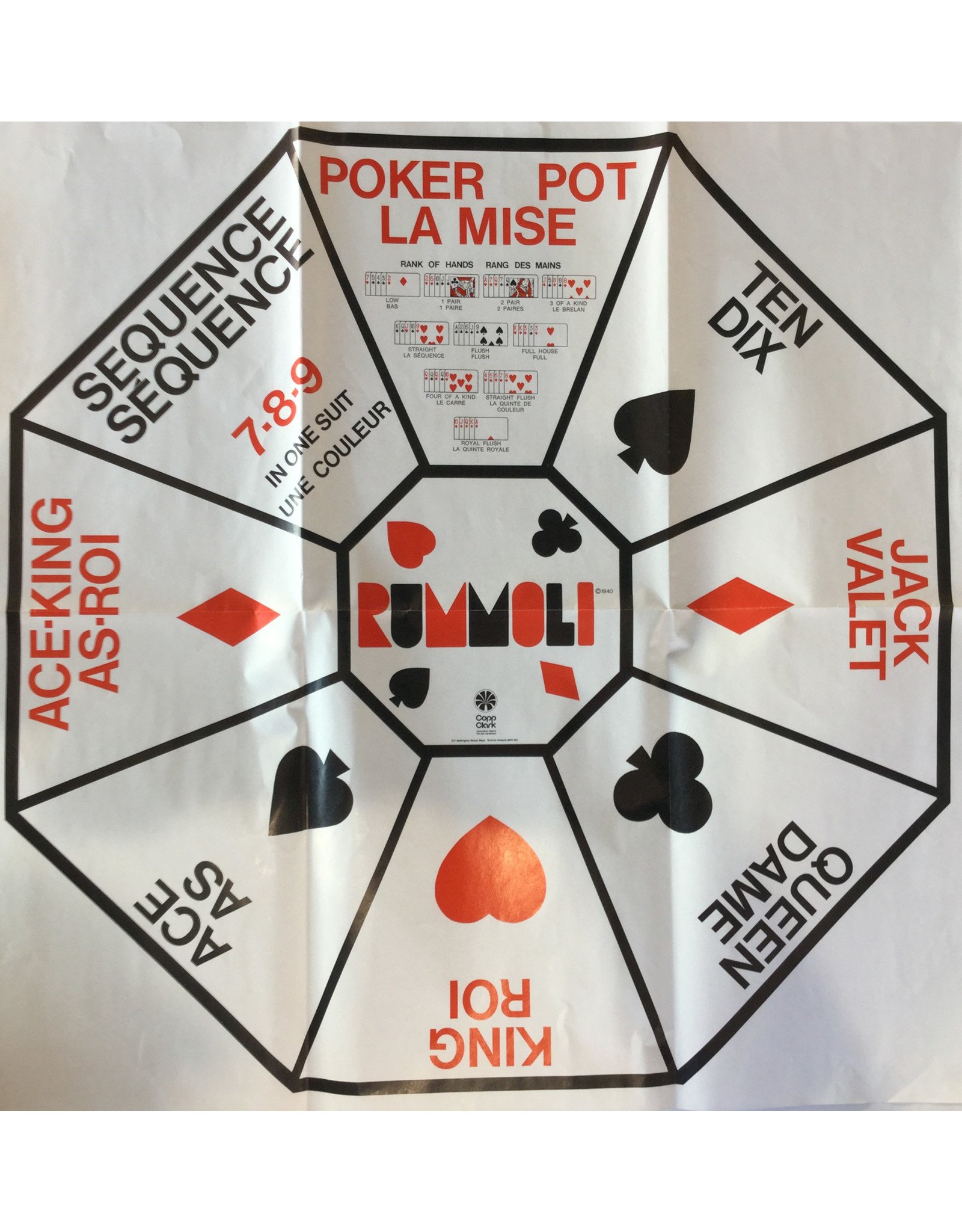 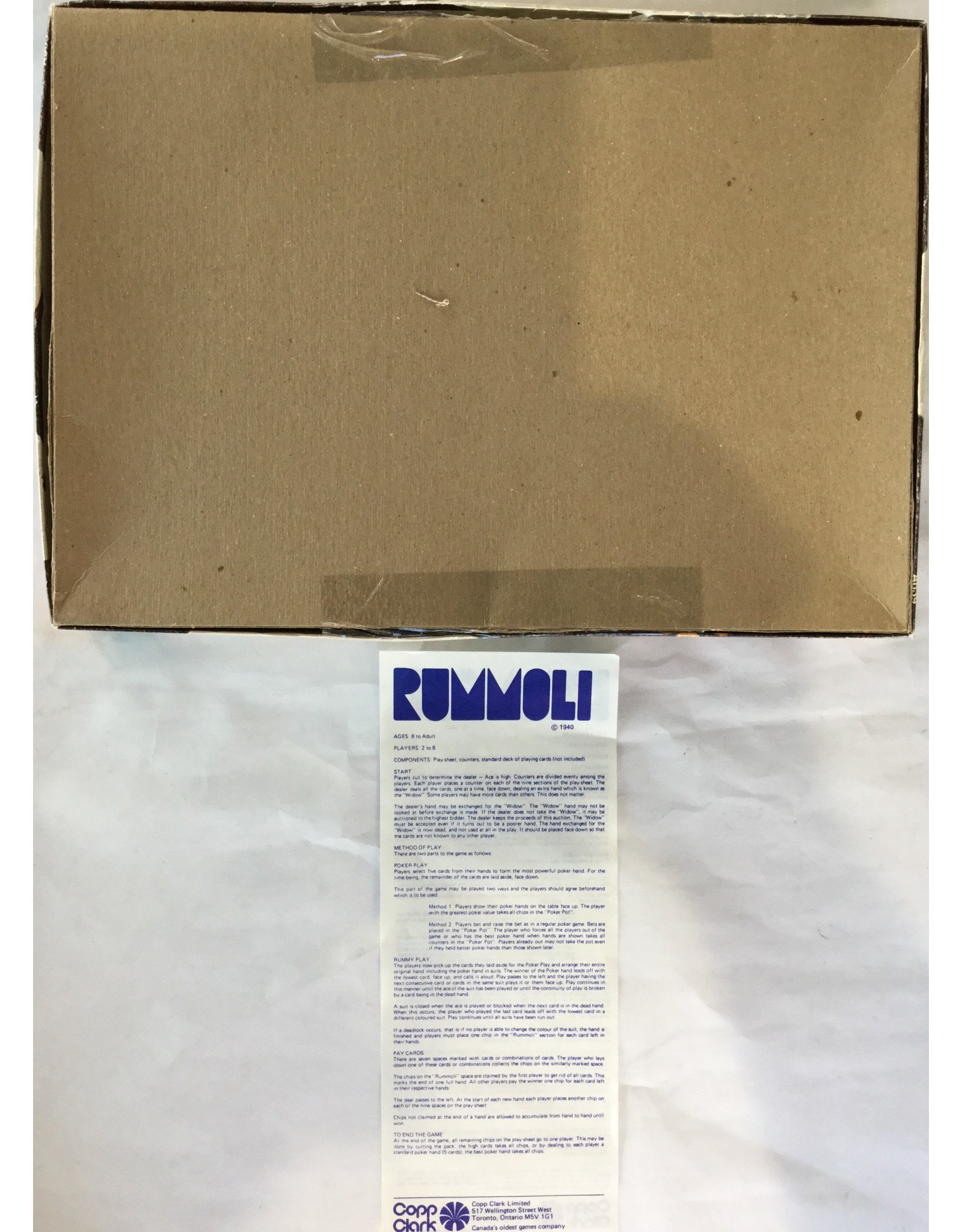 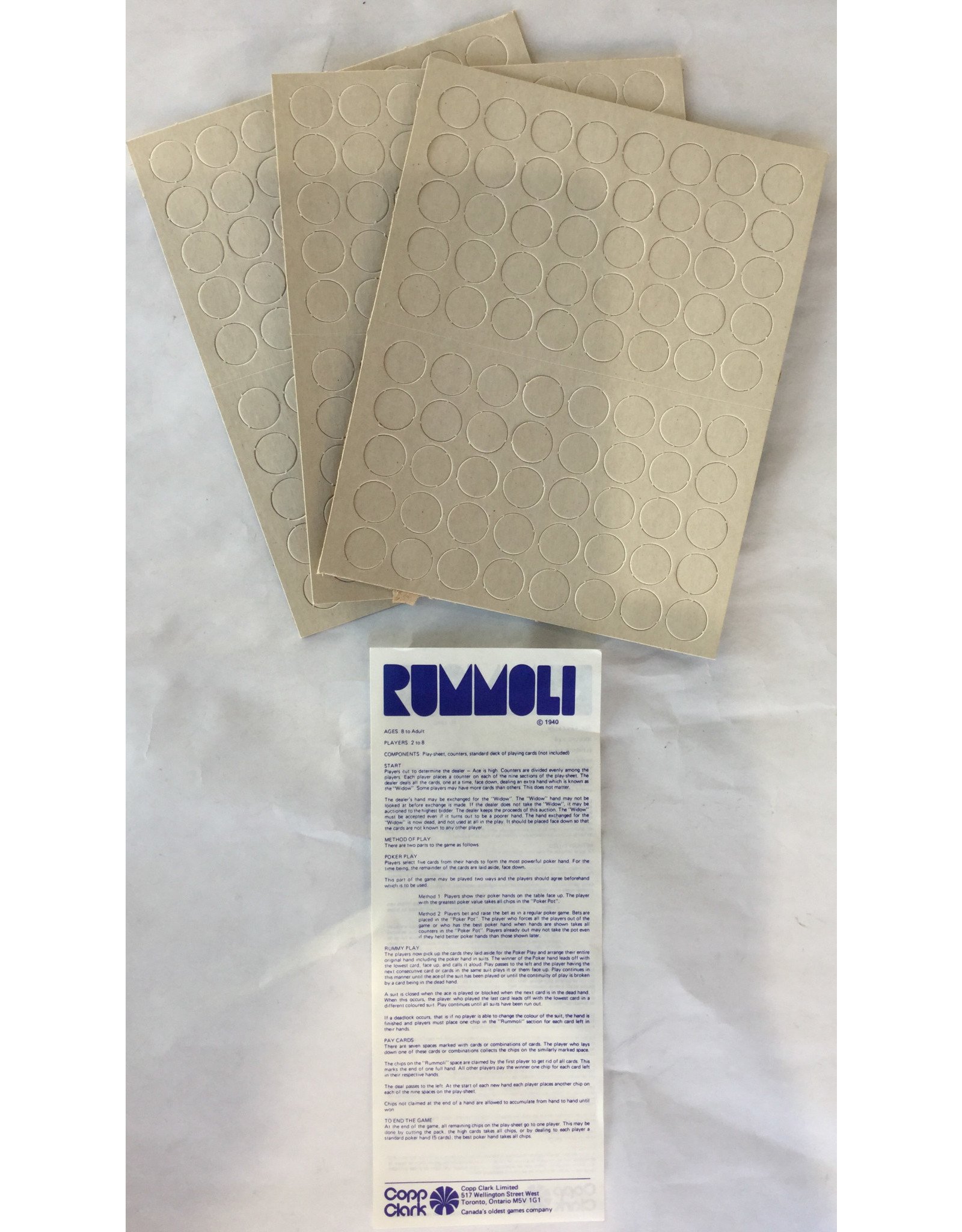 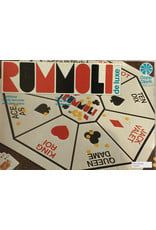 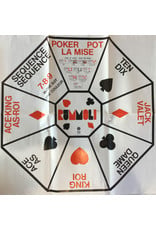 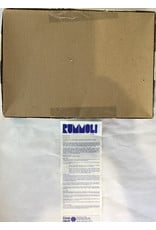 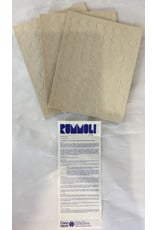 Rummoli is a mix of Poker and Rummy.

Rummoli and Tripoley are variants of the same game, both of which are commercial names for Michigan Rummy. The difference is that in Rummoli, the A-K-Q-J-10 pay cards are Spade-Hearts-Clubs-Diamonds-Spades and you collect the payouts for the pay cards during play of the Michigan phase, while in Tripoley, they are all Hearts, and Tripoley adds 'Hearts' phase to the game, where players take payouts for simply being dealt the pay cards before play of the Poker phase commences.

These games all derive from the card game Michigan (also known as Boodle, Stops, and Newmarket), which has only four pay cards (traditionally A Hearts-K Clubs-Q Diamonds-J Spades) and only the Michigan phase (with payouts during the play of the Michigan), and usually no pot -- instead, each play pays the winner one chip per card left in their hand.