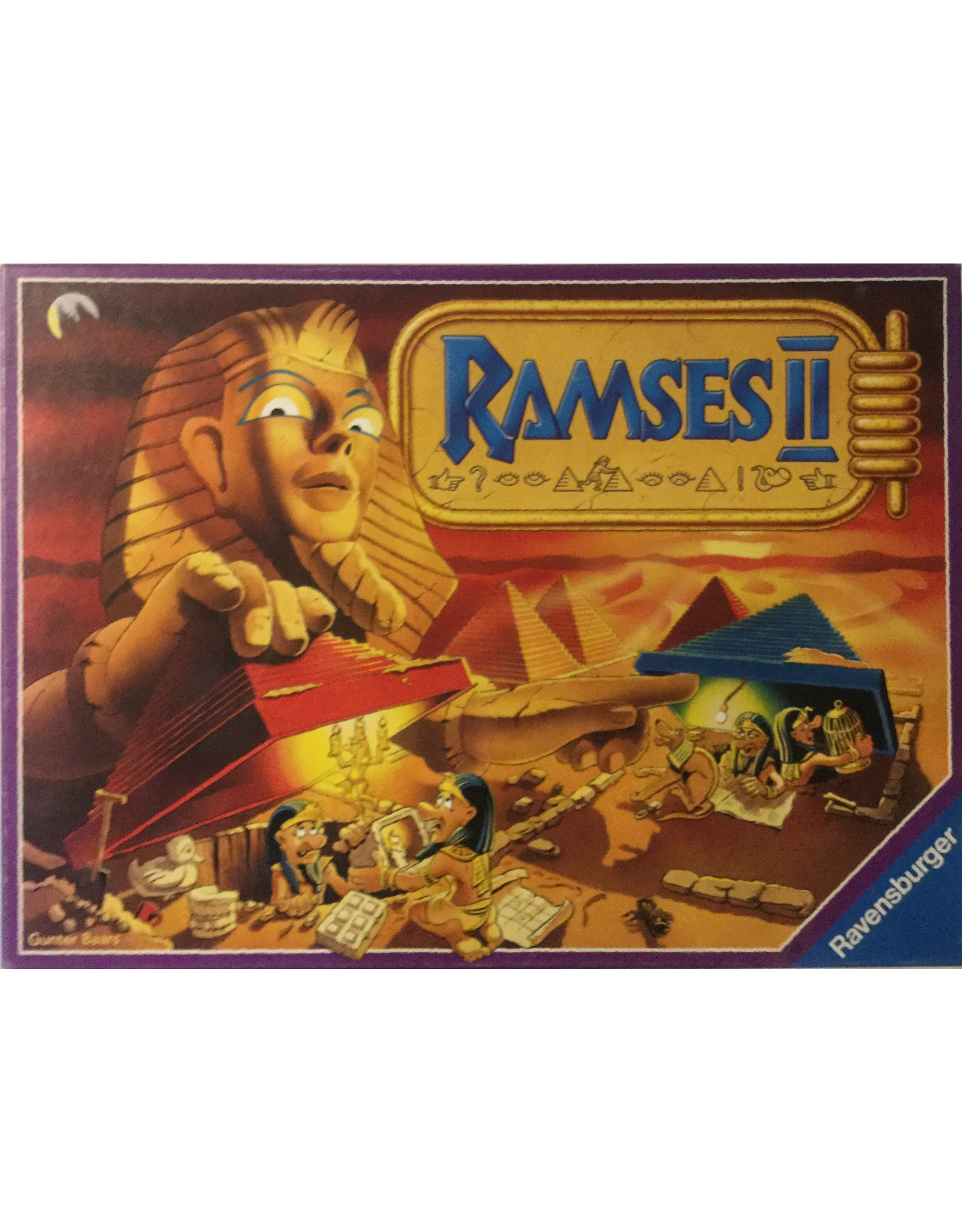 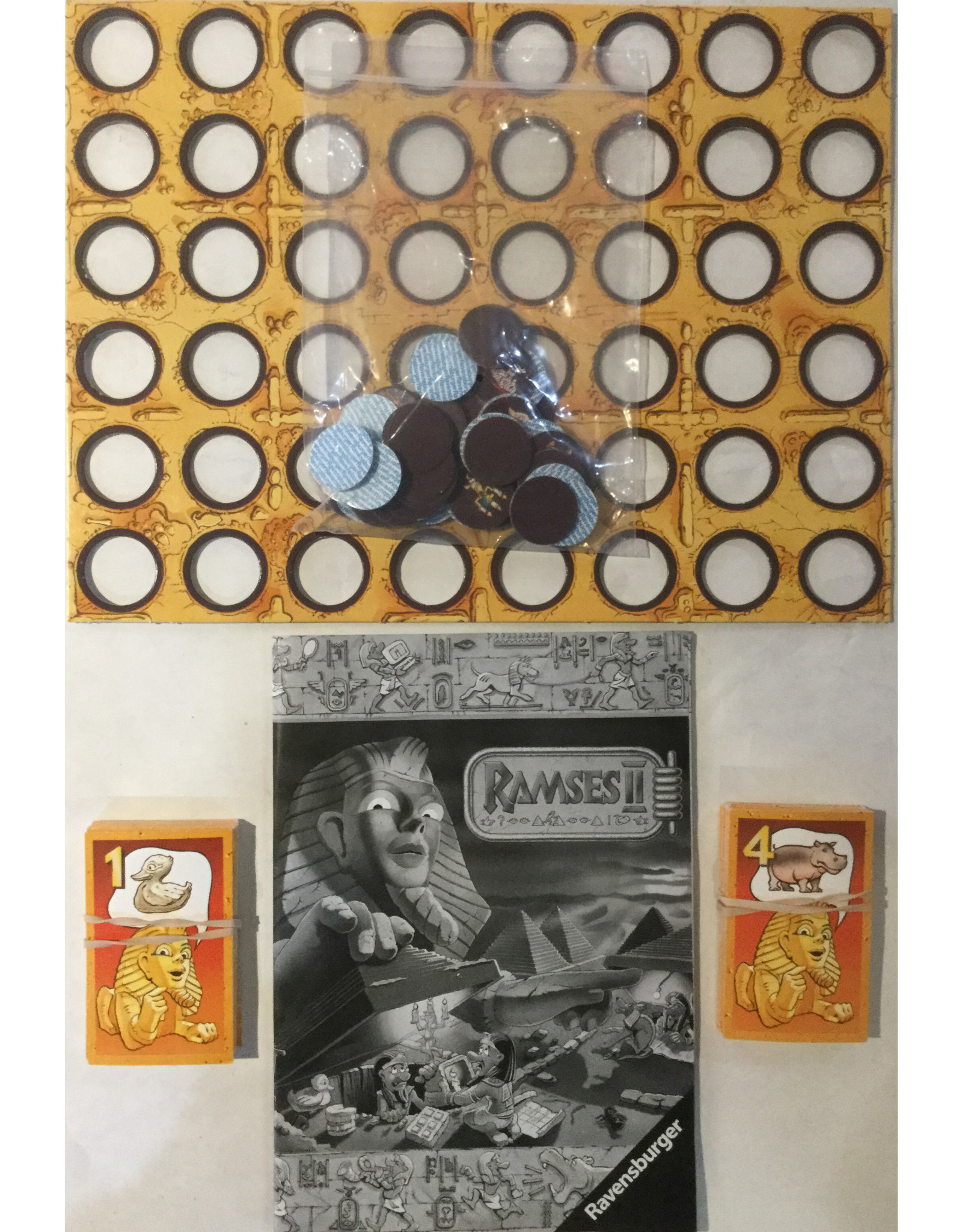 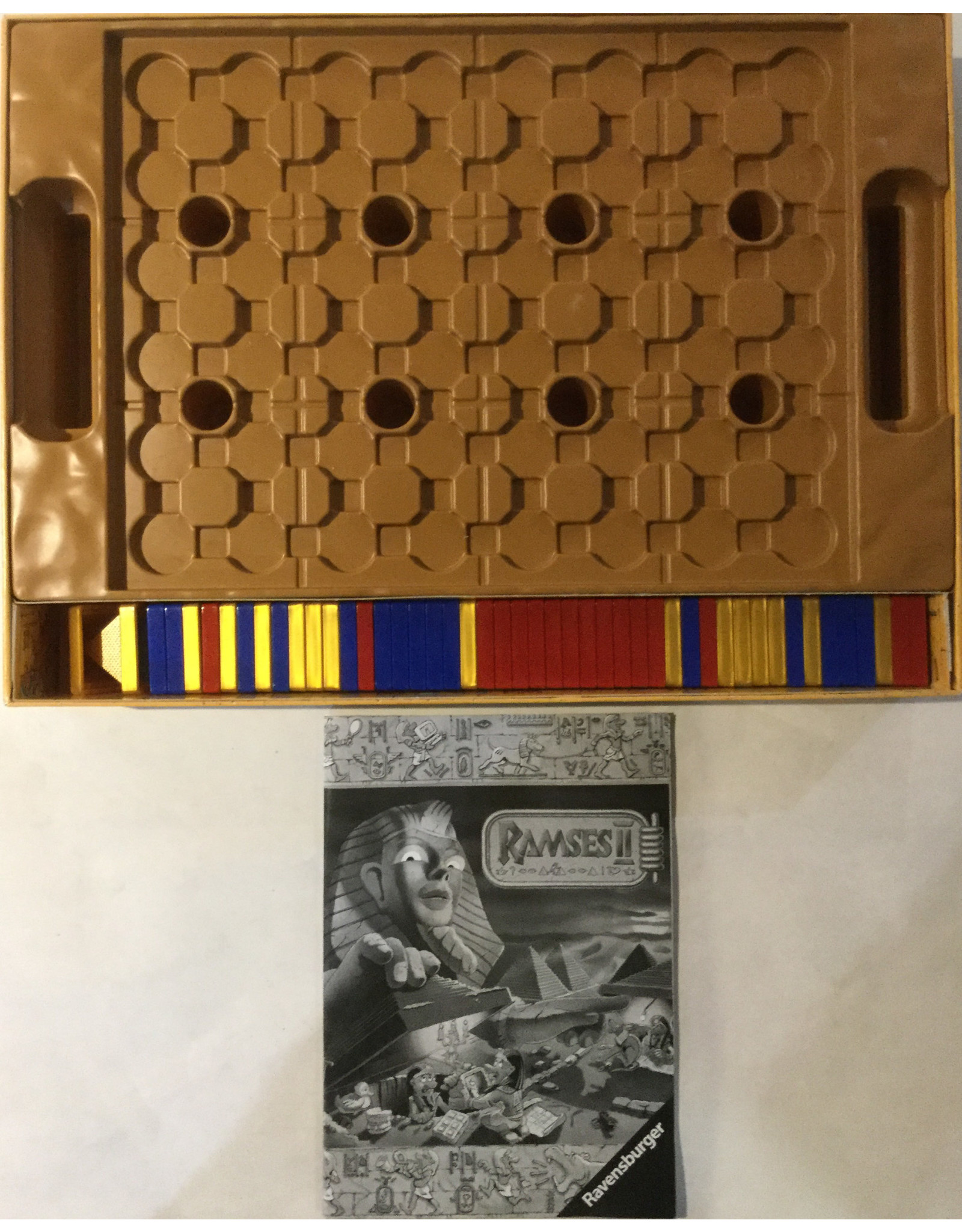 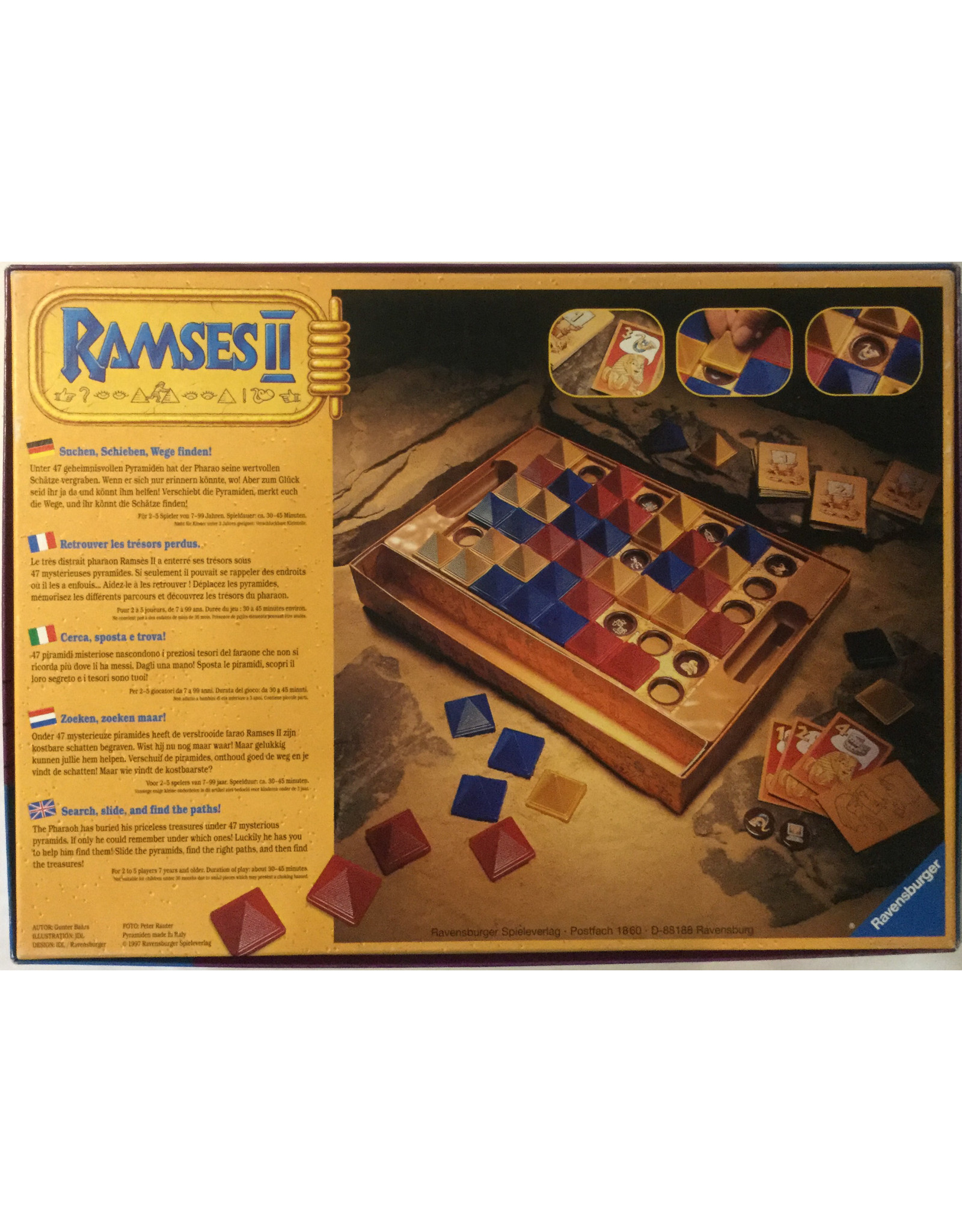 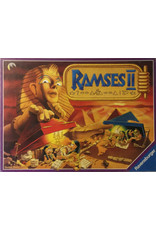 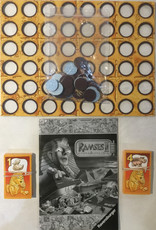 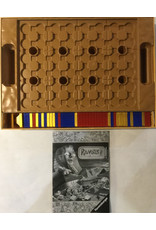 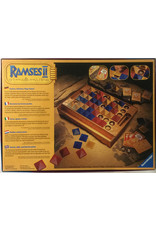 The immensely rich but unfortunately somewhat scatter-brained Pharaoh had, during his life, collected treasures from throughout his kingdom. He decided to hide them in his pyramid to prevent then from being stolen. Unfortunately he is no longer sure where he has buried what. With luck you will be able to help him find his treasure again. The player that finds the most of the Pharaoh's treasures and thereby collects the greatest number of search cards is the winner.

Mixed in with the treasure cards are event cards as follows:

Sandstorm: Turn the board through 180 degrees and take the next pile from the card.

Gift: Move to one of the twelve treasures. Each player that has one or more search cards depicting this treasure must give you one of them.

Risk: Nominate two treasures that are not currently displayed on the board. Move first to one and then to the other. If you succeed - well done! If you don't then you must give one of your opponents' one of your search cards.

Desert Poker: A player of you choice must try to find a treasure that you nominate. If he succeeds then he can take one of your search cards. If he fails then you can take one of his.

End Game: The Pharaoh is happy because all the treasure has been found. As soon as this (Pile 3 only) card is turned over the game ends and the players total up the points that are shown on their search cards.

After each player has found a treasure the board is rotated through 90 degrees in a chosen direction.

Once all the search cards from the second pile are used up then pile "3" is used. In this final round all the treasures on the search cards are worth 4 points and anyone who has not yet been particularly successful can, with brains and luck, overtake all the others.

When a player finds a treasure chip that is not the one that he was looking for he is out of the game. The remaining players continue. Play continues until all the players are eliminated or the End Game Card is turned over.

All the players total up the points that they have showing on the search cards they have collected. The player with the greatest number of points is the winner.