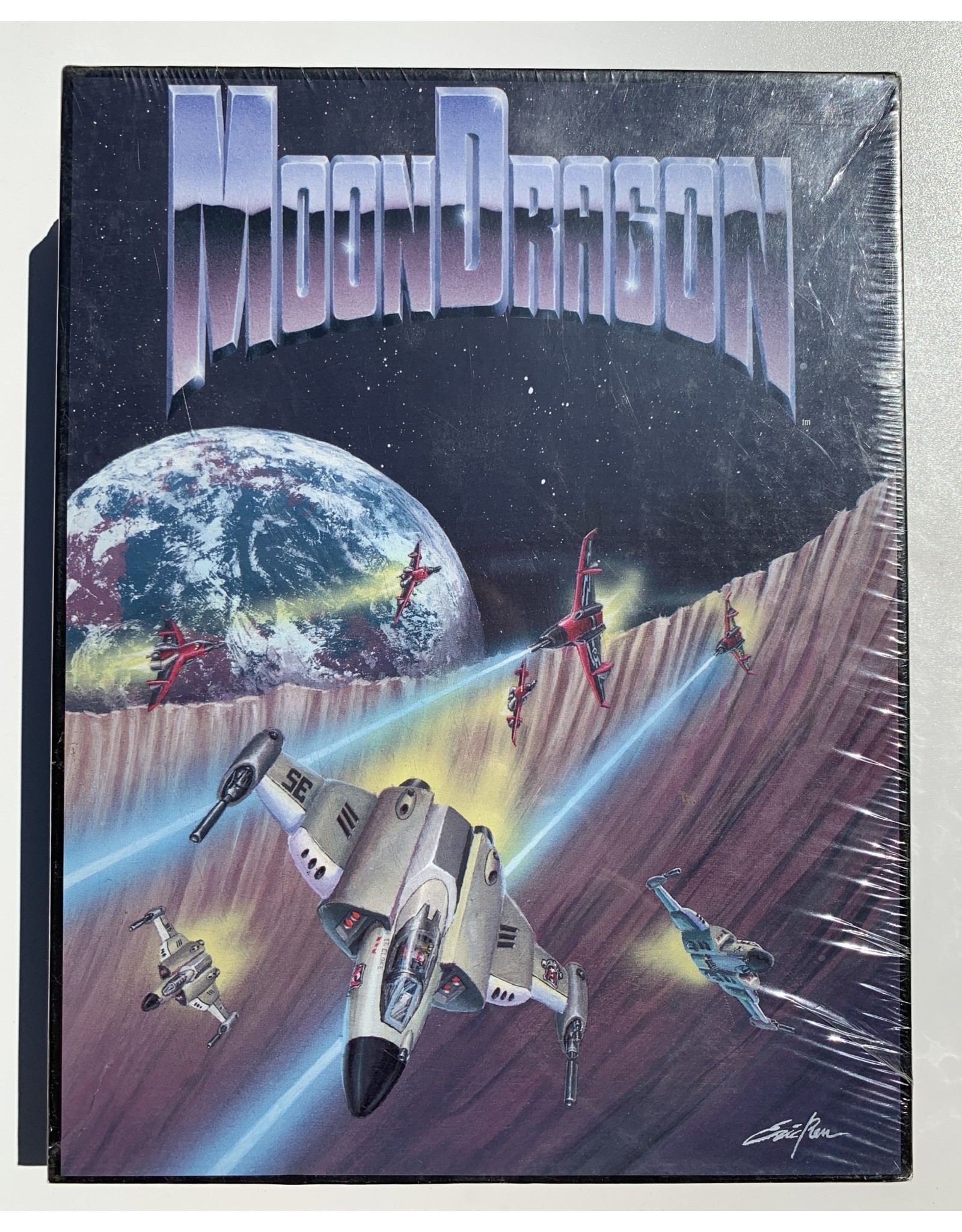 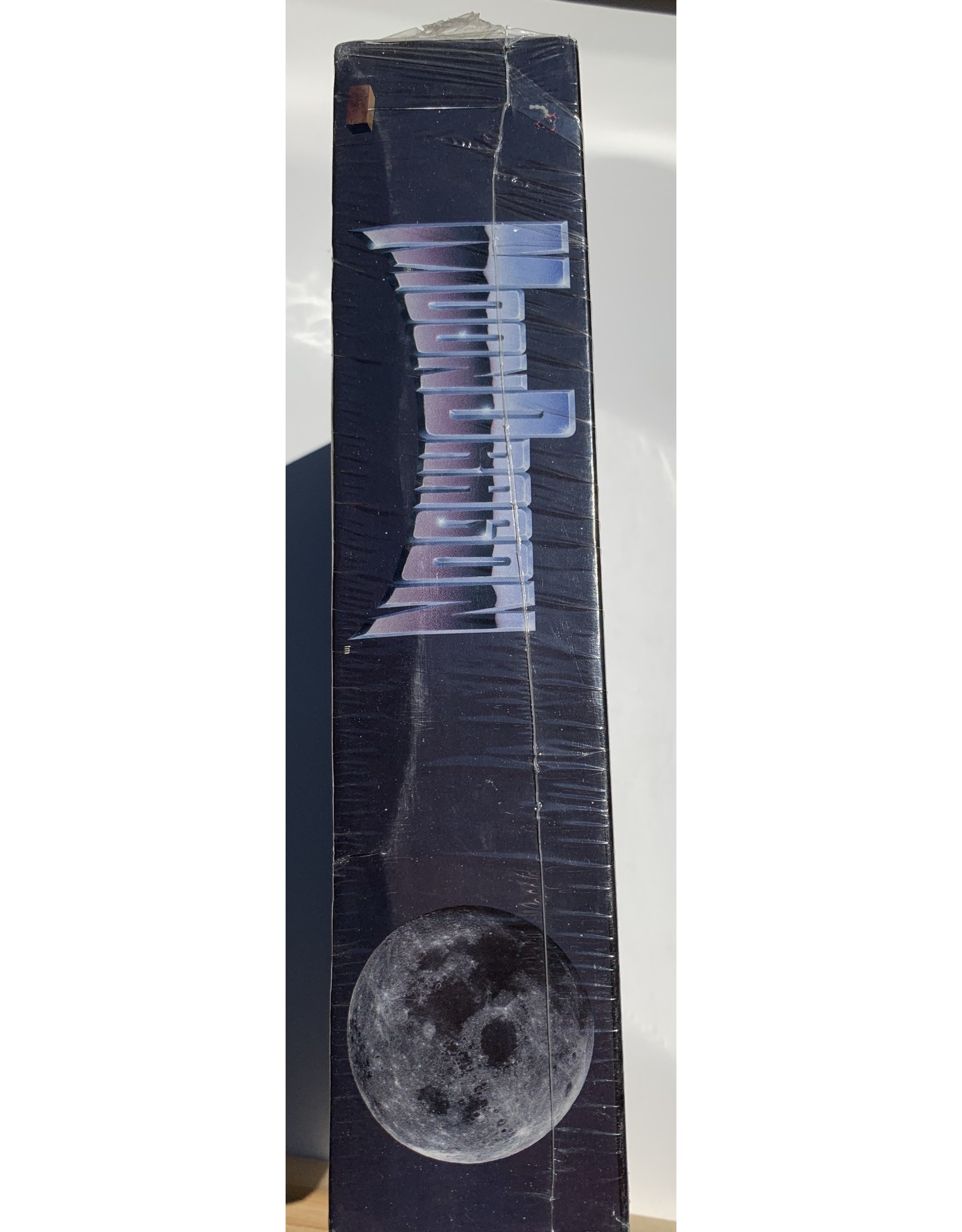 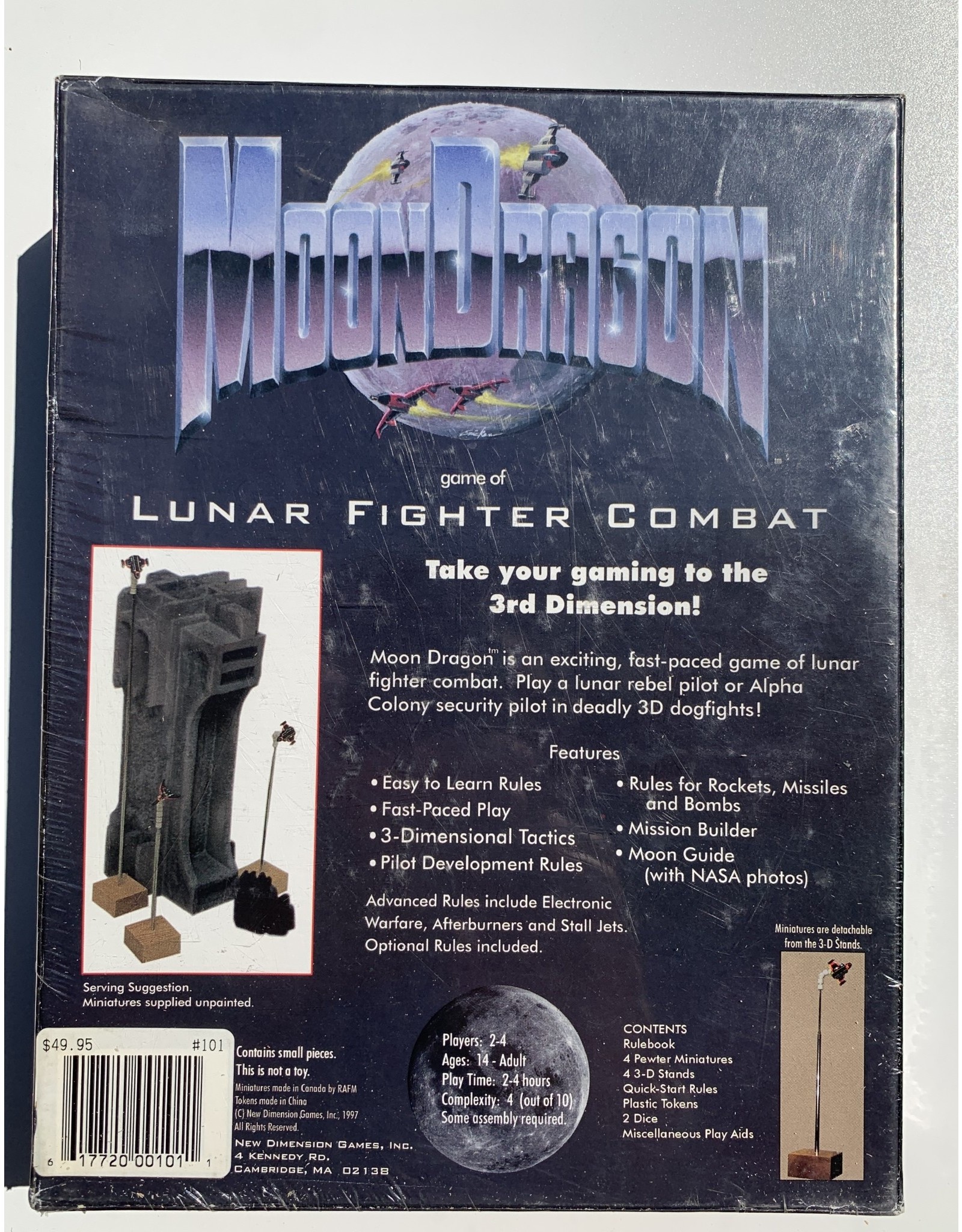 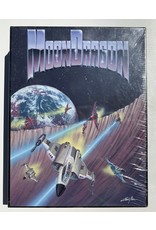 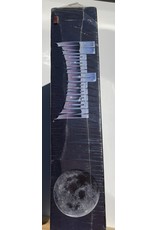 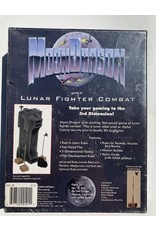 The spaceships are mounted on antennae and plastic joints, which combine to allow a remarkable range of positions -- for example, one could have a ship positioned upside down seven inches off the playing surface. Movement is determined simultaneously and then resolved, often resulting in disaster for the inexperienced pilot.

Tactical space combat over the surface of the moon, using miniatures mounted on custom 3D telescoping flight stands. Each player is given two figures and stands for each of his ships, allowing him to see his old position while figuring his next movement (the extra ships are in play only during that ship's movement) - optional rules allow play with single figures. Each ship has a "fighter display" for tracking status. Weapons include a variety of lasers; the advanced rules add the paralyzer "glue" gun; resource rules also cover bombs, rockets, and missiles. Data is provided for four fighters plus non-combatants. The rulebook also provides Mission Builder random mission and campaign rules, a pilot development system, and a brief introduction to lunar terrain.