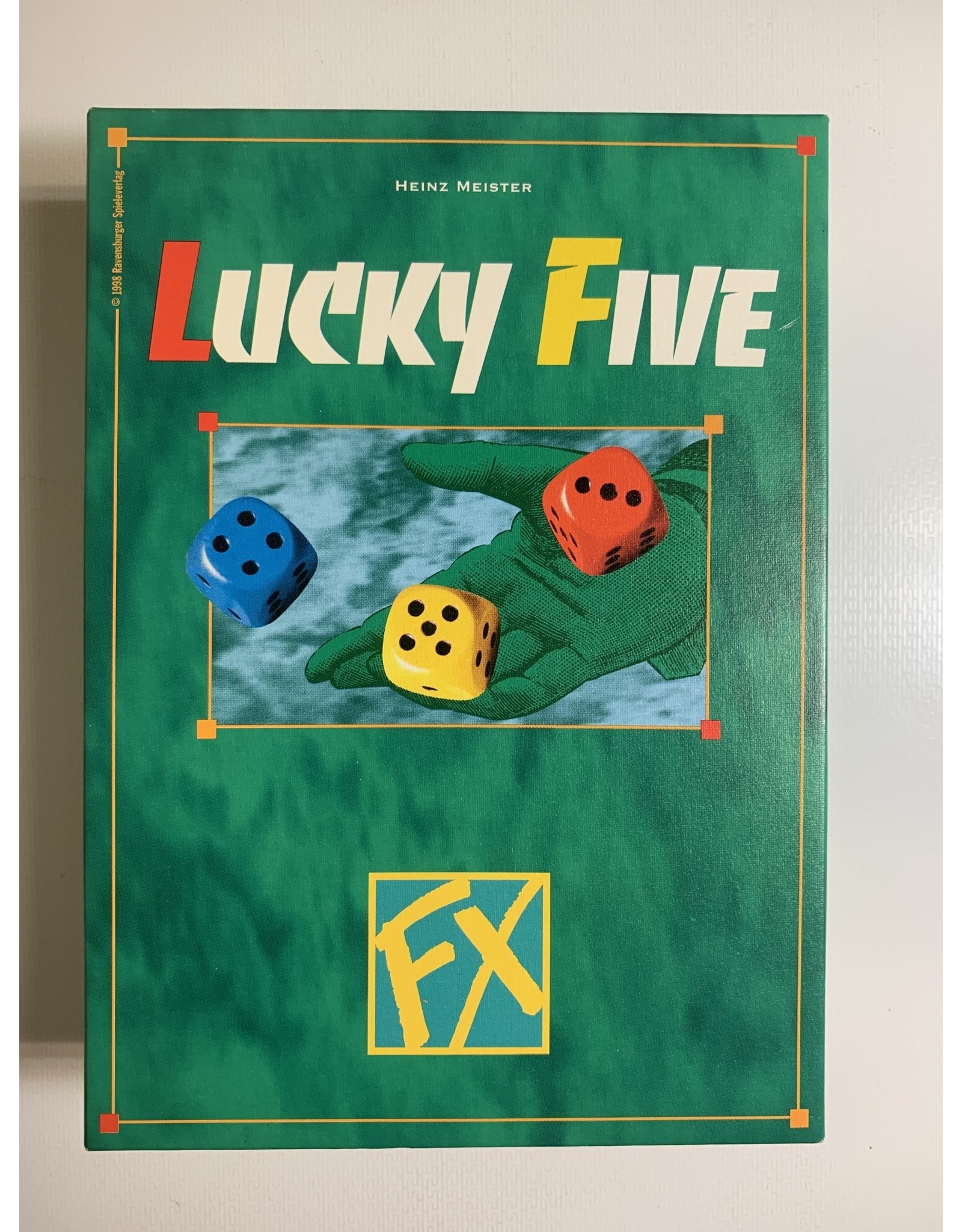 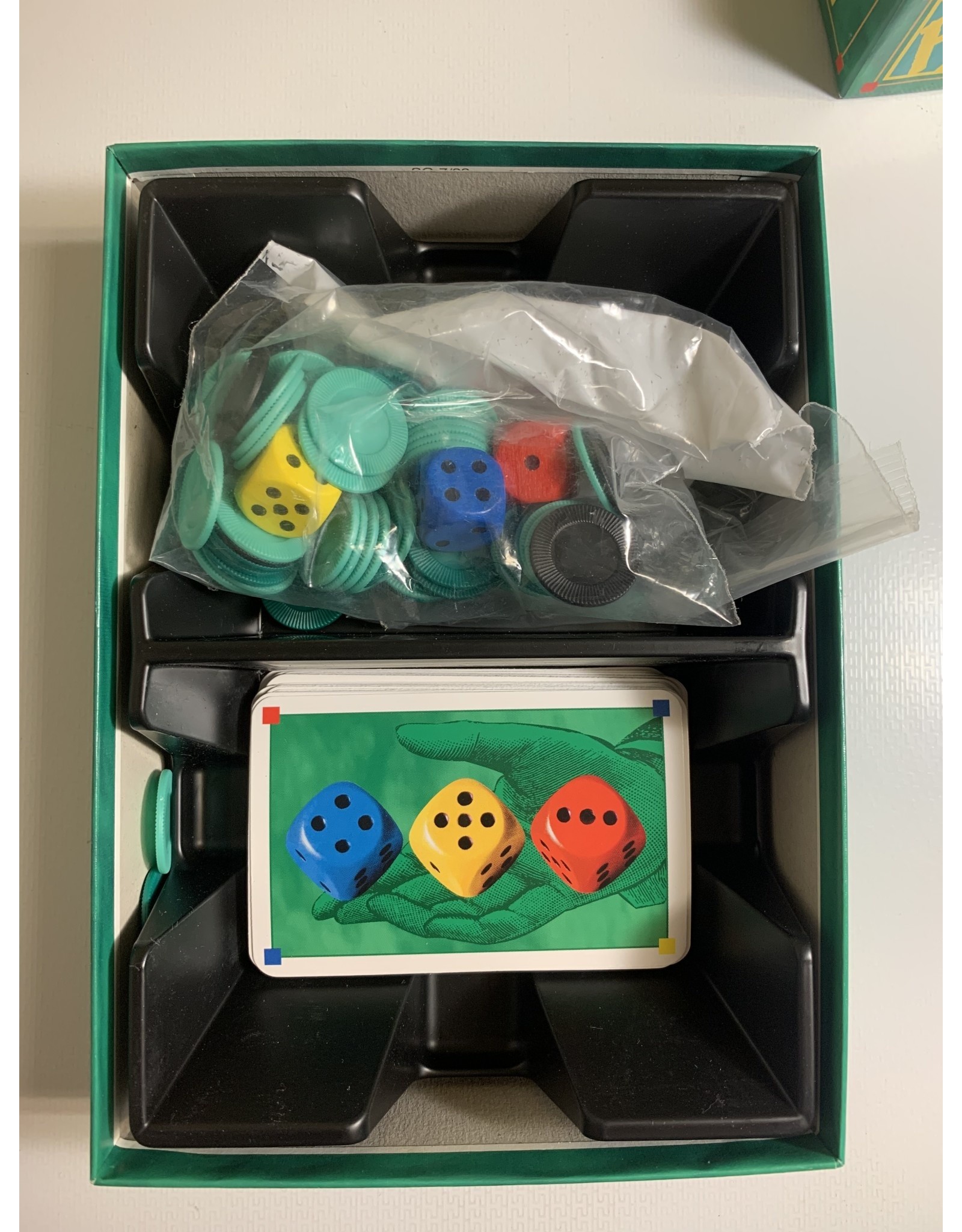 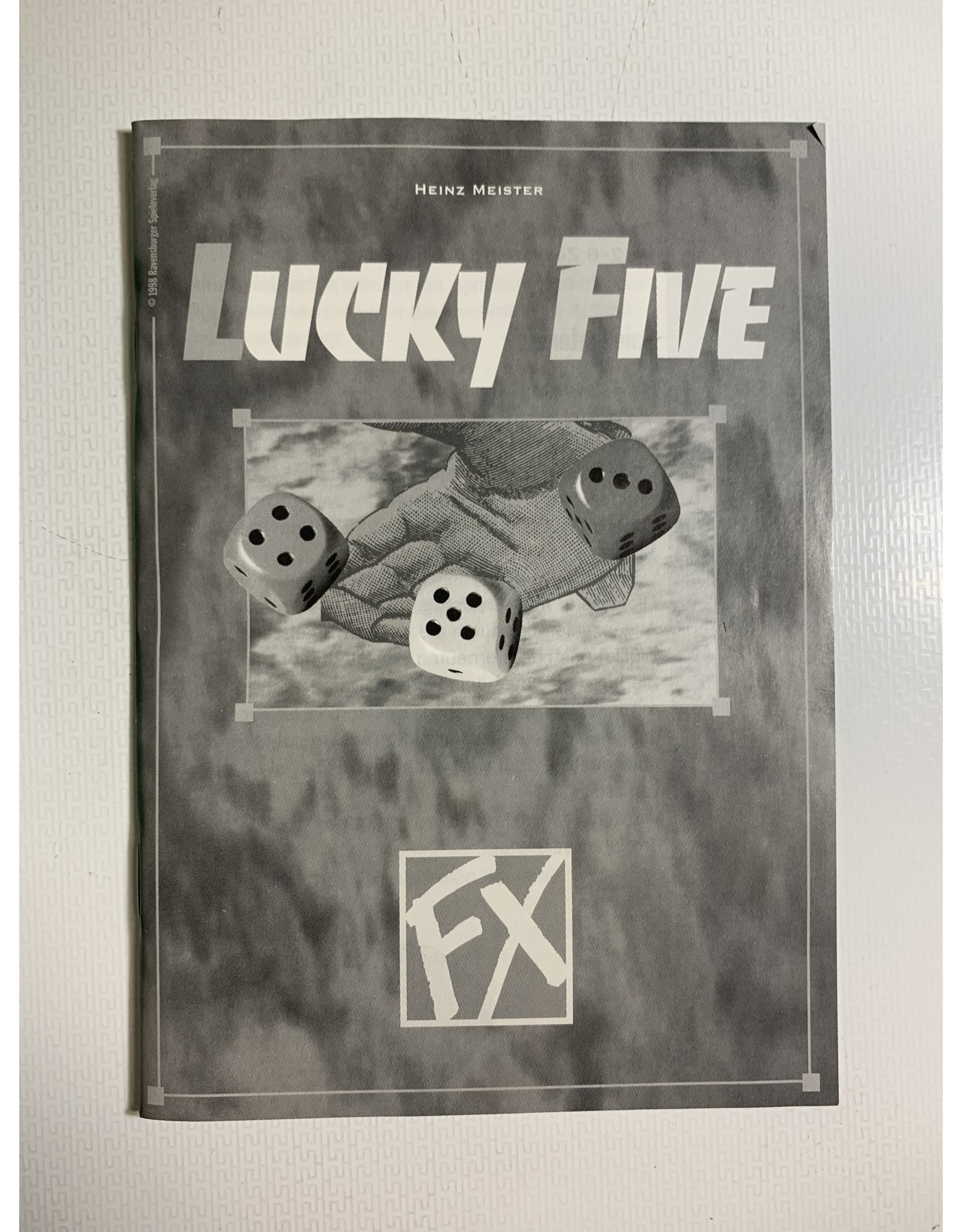 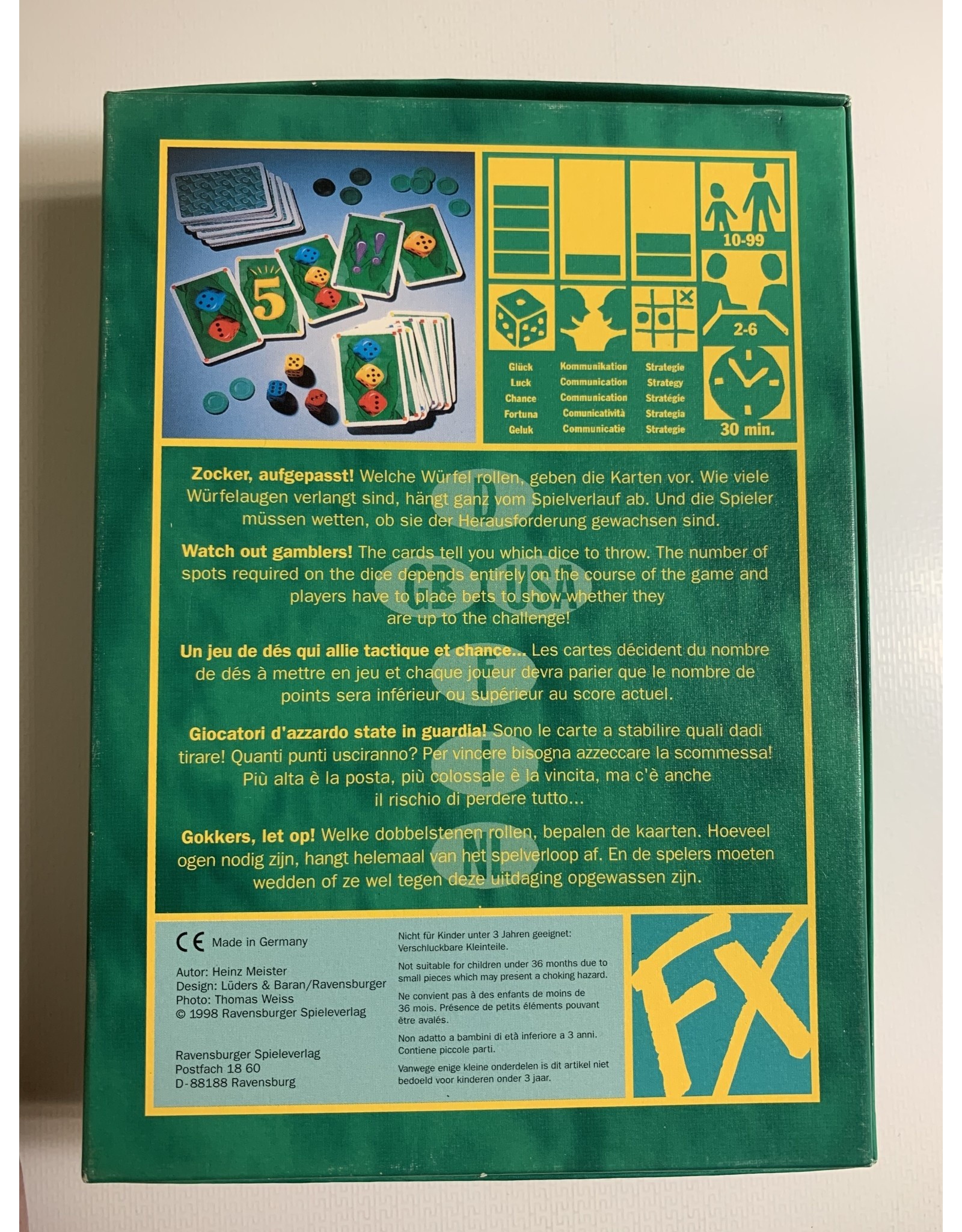 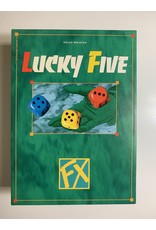 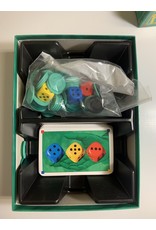 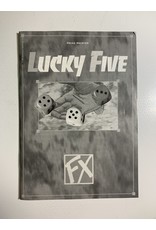 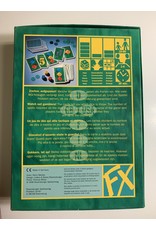 Play
• The player who has been the luckiest today begins the game. Play then proceeds clockwise.
• A player’s turn must always be taken in this order (during which steps 1 – 4 may repeat several times):
1. Turn over a card. The cards show what dice must be rolled in step 3.
2. Put down a chip. Then the player decides — based on the card and the intended dice roll — which chip he would prefer to put down. You can only put down one chip per card (one 10-point chip, one 50-point chip or one 100-point chip). Place it in the middle of the table next to the exposed card.
3. Bet and roll the dice. Now the player must predict the total roll of the respective dice on the card when compared with the numbers currently showing on the dice.
4. Evaluate the roll. The player’s bet will be right or wrong. Right bets mean two possibilities for this player:
• He/she may take another turn, going through steps 1 – 4 again.
• Or he/she may end his/her turn. He/she takes all the upturned cards from the middle of the table, puts them in a stack in front of him/her and puts the chips from the middle of the table on the stack.

The game ends when only one player has chips left. This player gets one final turn. If he/she bets wrong, the chips are left in the middle of the table; nobody can use them in the scoring. The same goes for chips that were not yet used in betting.

The game also ends if no more cards can be drawn. In this case chips not yet used in betting do not score, either.