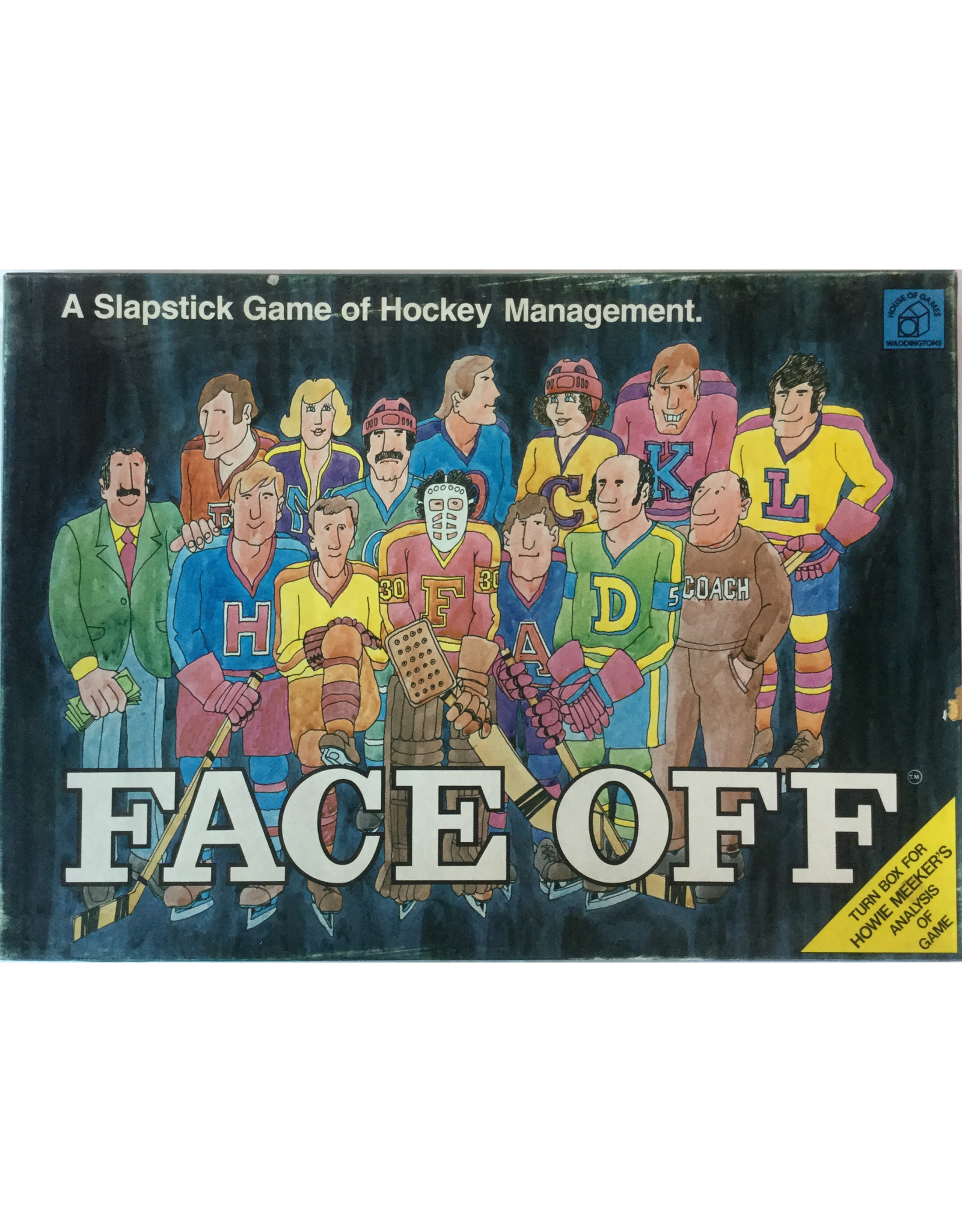 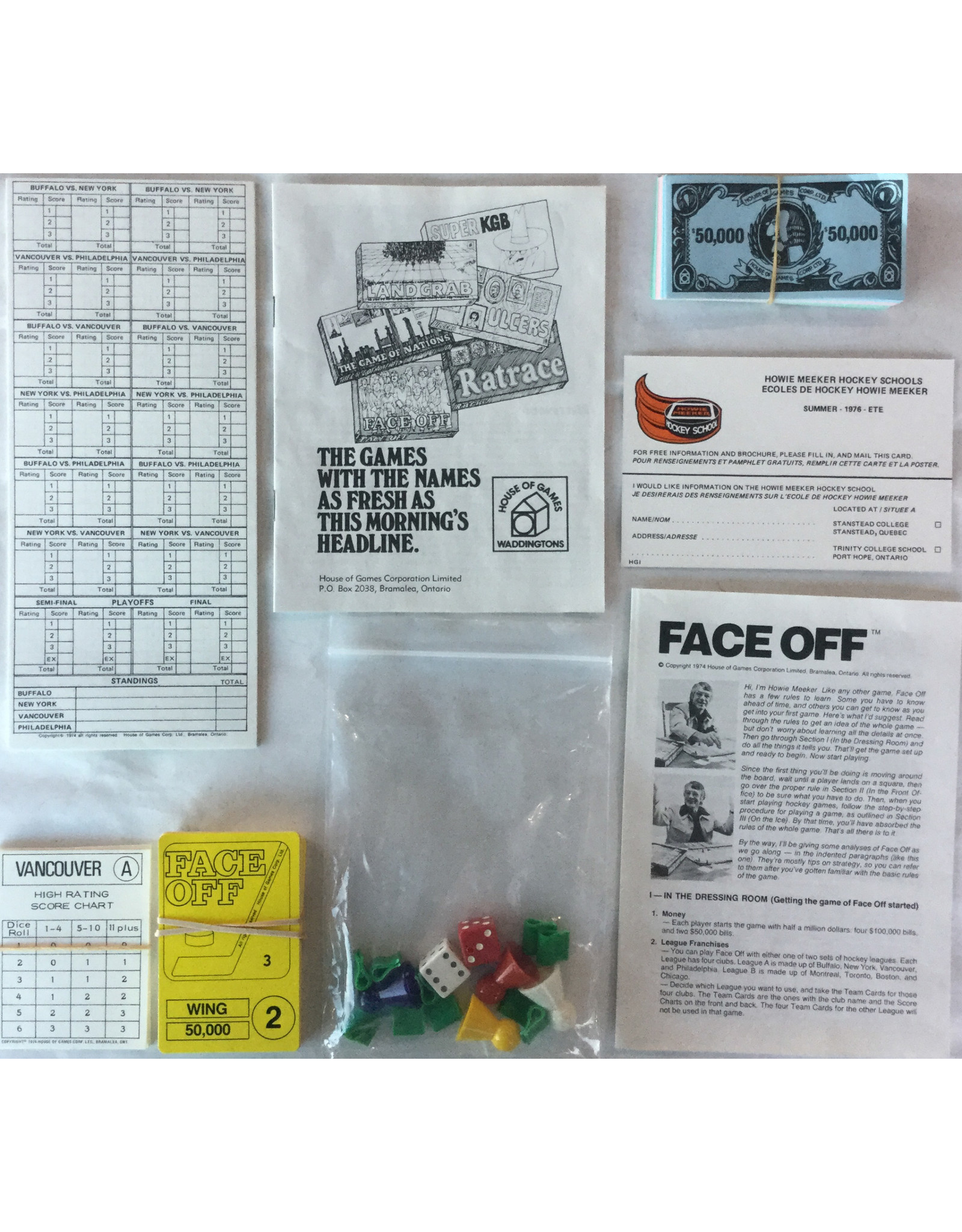 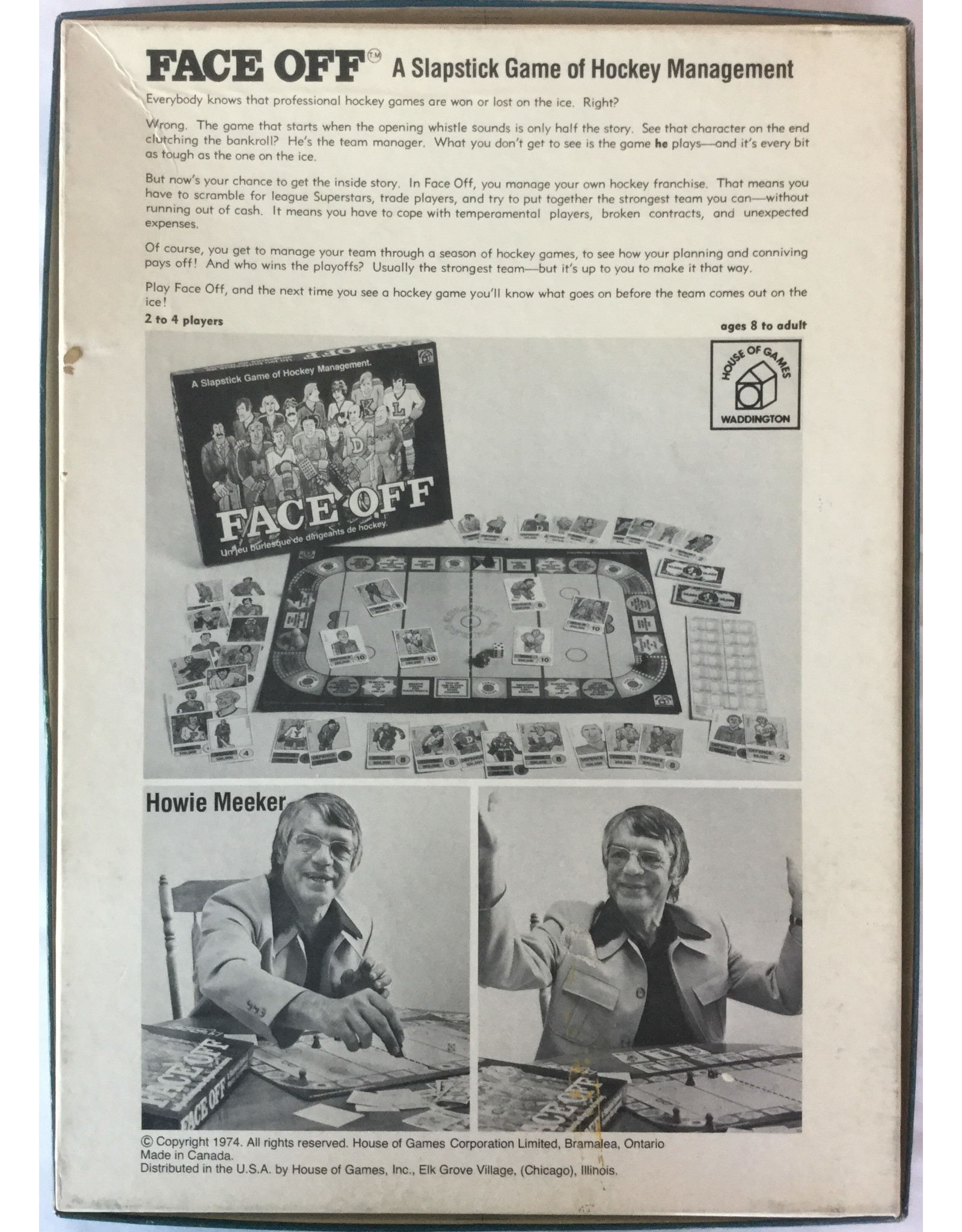 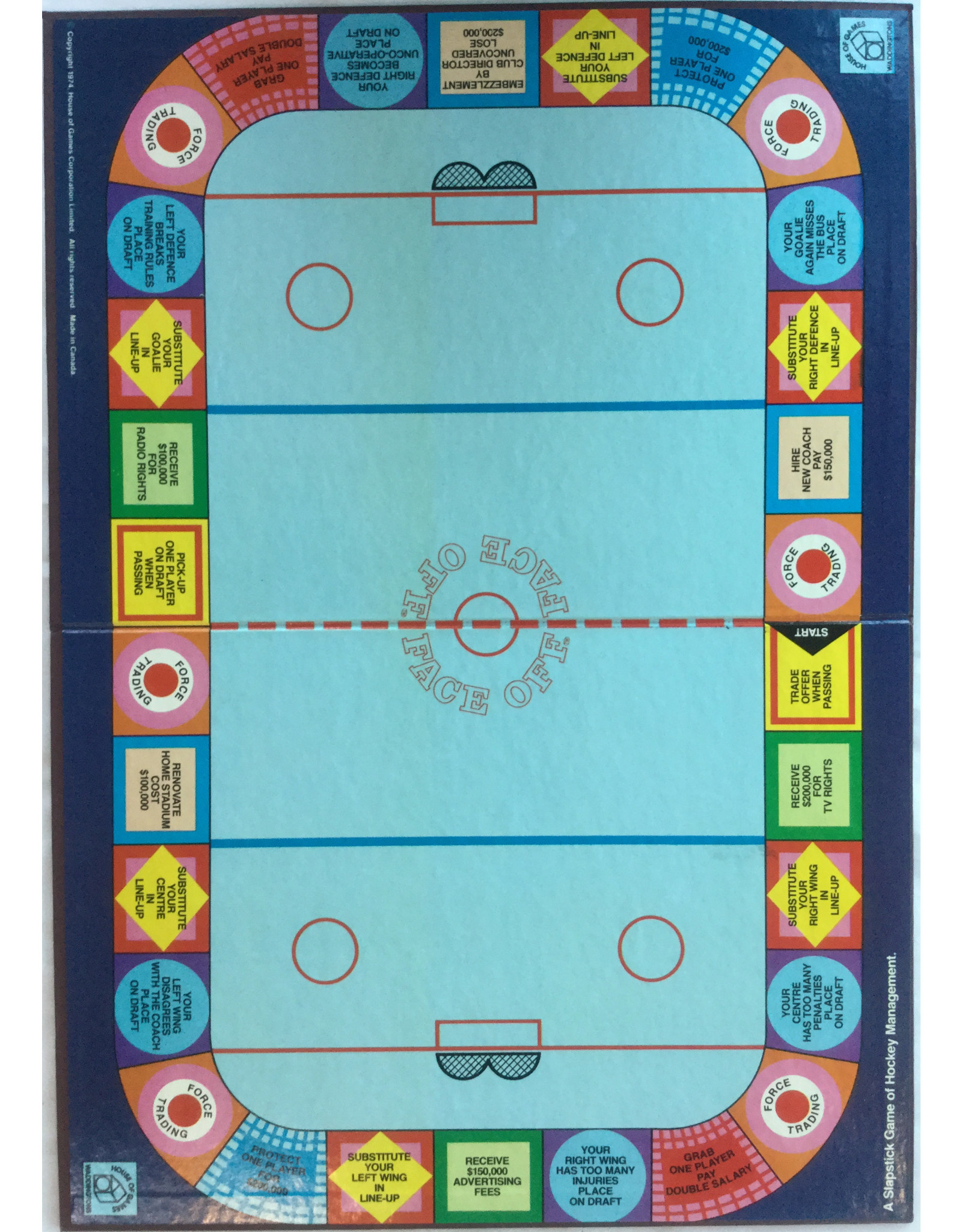 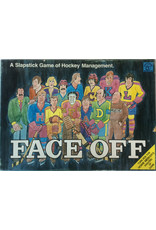 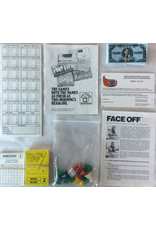 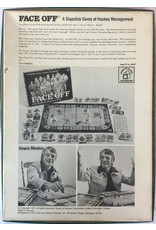 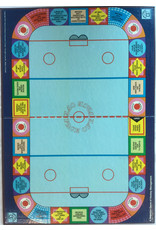 A slapstick game of hockey management (endorsed by Howie Meeker, a Canadian hockey personality of the time).

Everybody knows that professional hockey game is won or lost on the ice, right? Wrong. The game that starts when the referee's whistle sounds is only half the story. See that character on the end clutching the bankroll? He's the team manager. What you don't get to see is the game HE plays-and it's every bit as tough as the one on the ice. Now's your chance to get the inside story. In Face Off, you manage your own hockey franchise. That means you have to scramble for league Superstars, trade players, and try to put together the strongest team you can --without running out of cash. It means you have to cope with temperamental players, broken contracts, and unexpected expenses.

Of course, you get to manage your team through a season of hockey games, to see how your planning and conniving pays off! And who wins the playoffs? Usually the strongest team --but it's up to you to make it that way.

This game deserves to be better known; the theme is rather under-exploited and Waddingtons' treatment hits just the right tongue-in-cheek note here. If you liked Avalon Hill's Slapshot, you'll like Face Off. The Canadian edition is bilingual with a two-sided board (English on one side, French on the other).