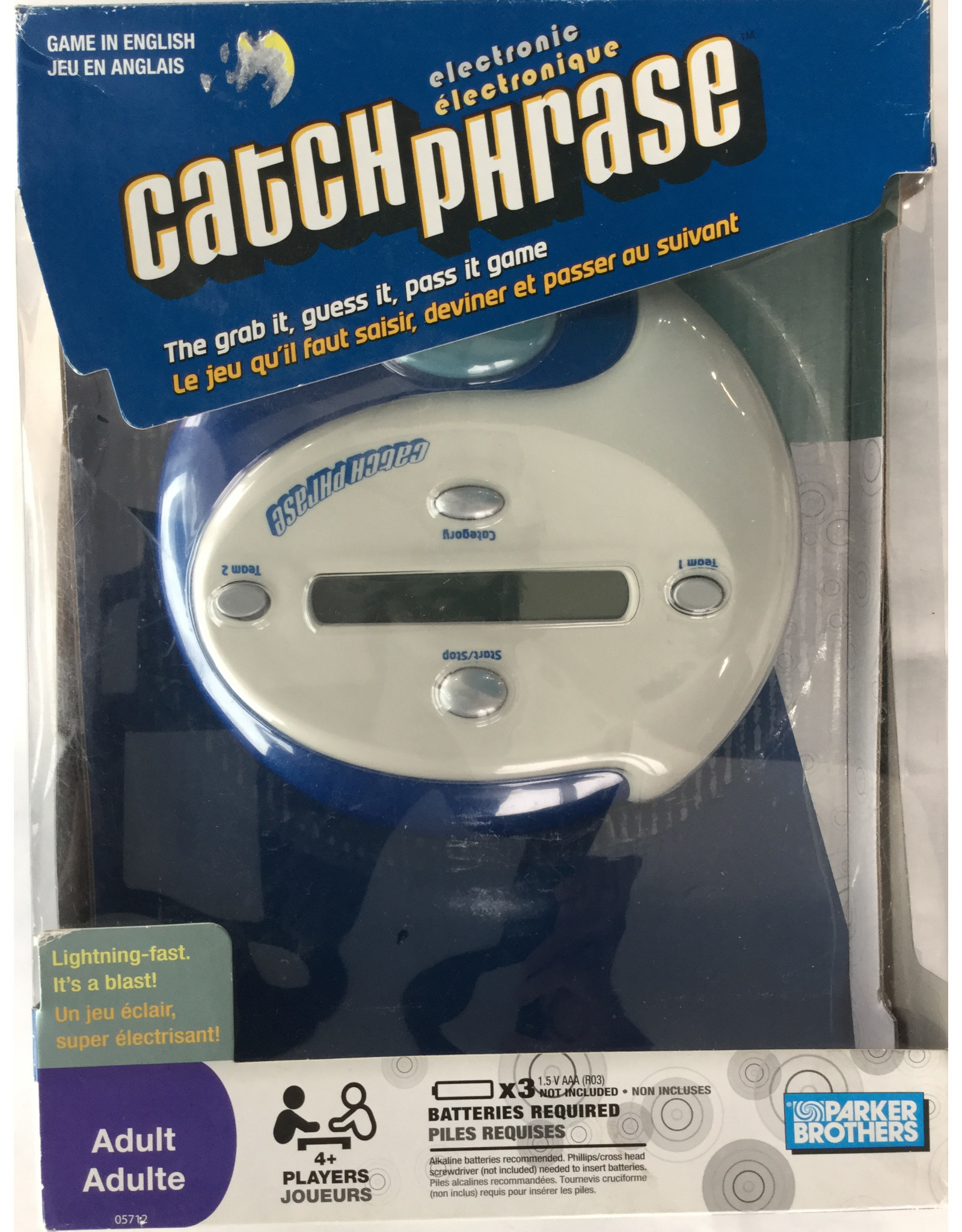 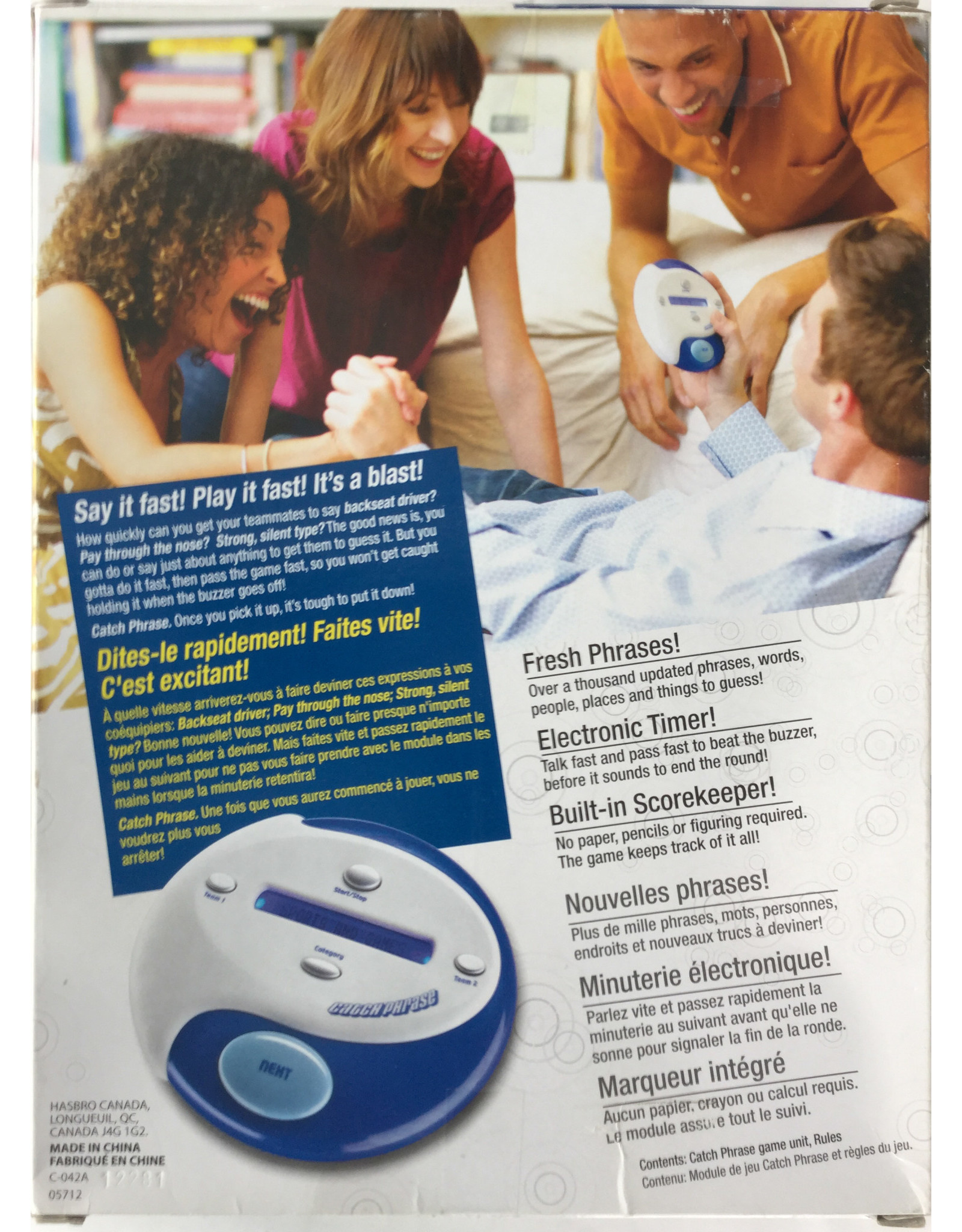 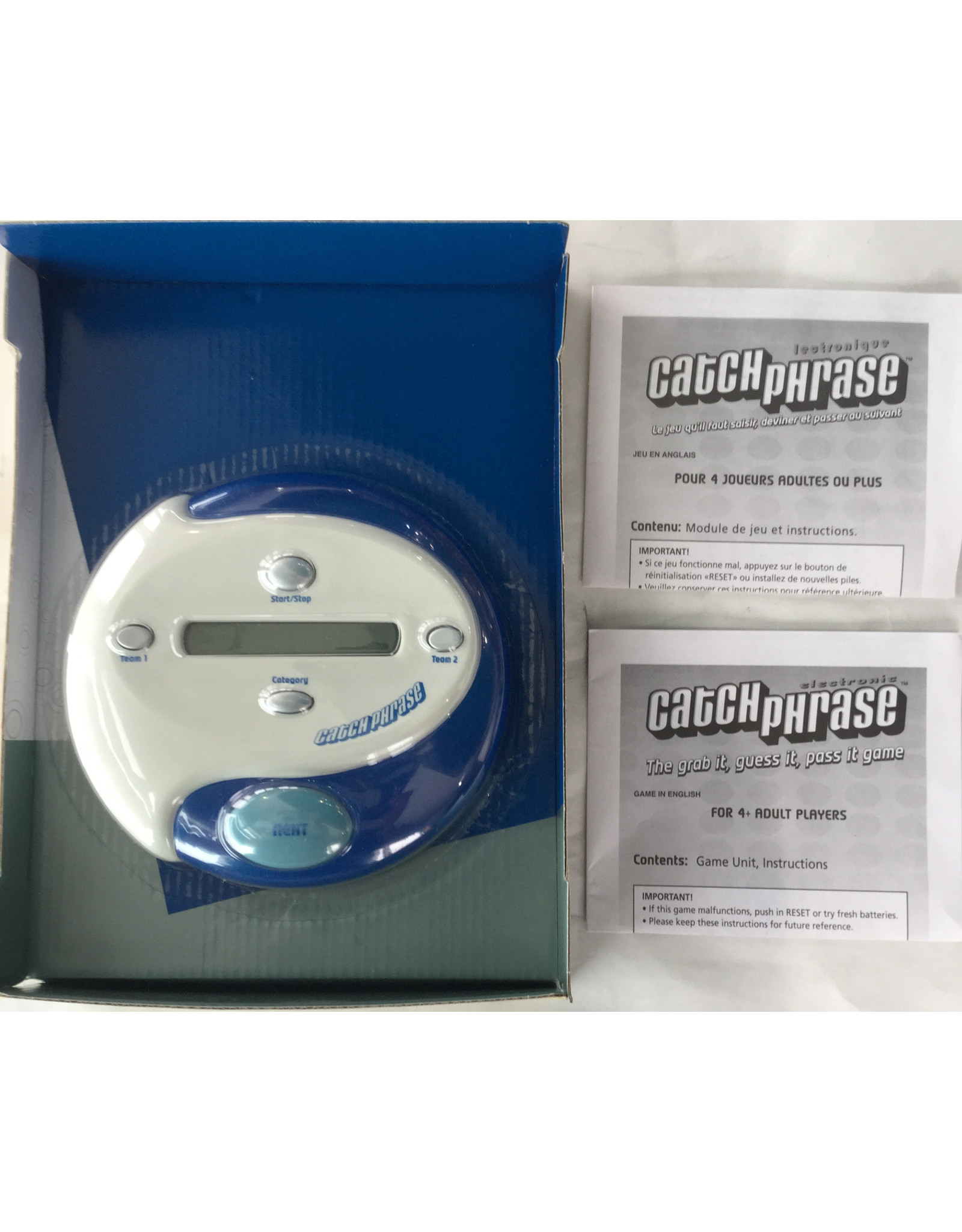 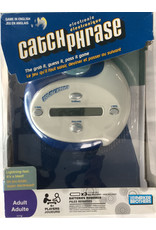 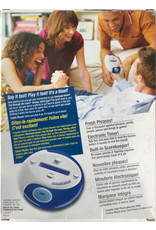 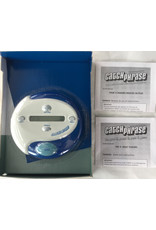 This is a fully electronic re-implementation of the classic team word-guessing hot-potato game Catch Phrase!. Players divide into two teams. One team selects the category and presses the start button. An audible timer beeps a count-down while the person holding the device tries to get his team to say the word or phrase on the screen. When he or she is successful, he or she hands the device to the next person on the opposite team. The goal of the round is to not be holding the device when the timer goes off -- though those last furtive seconds can get dicey! When the timer goes off, the opposing team gets a point and (based on what version of the game you are playing) may also have a chance to steal the phrase for an extra point. The first team to reach seven points wins!

The primary differences of this game from its progenitor is the implementation of the electronic device, timer, and substantial word lists. The electronic edition has also spawned several spin-offs and sequels. As of 2013, "Electronic" was dropped from the name, leaving it as simply Catch Phrase, effectively replacing the original.