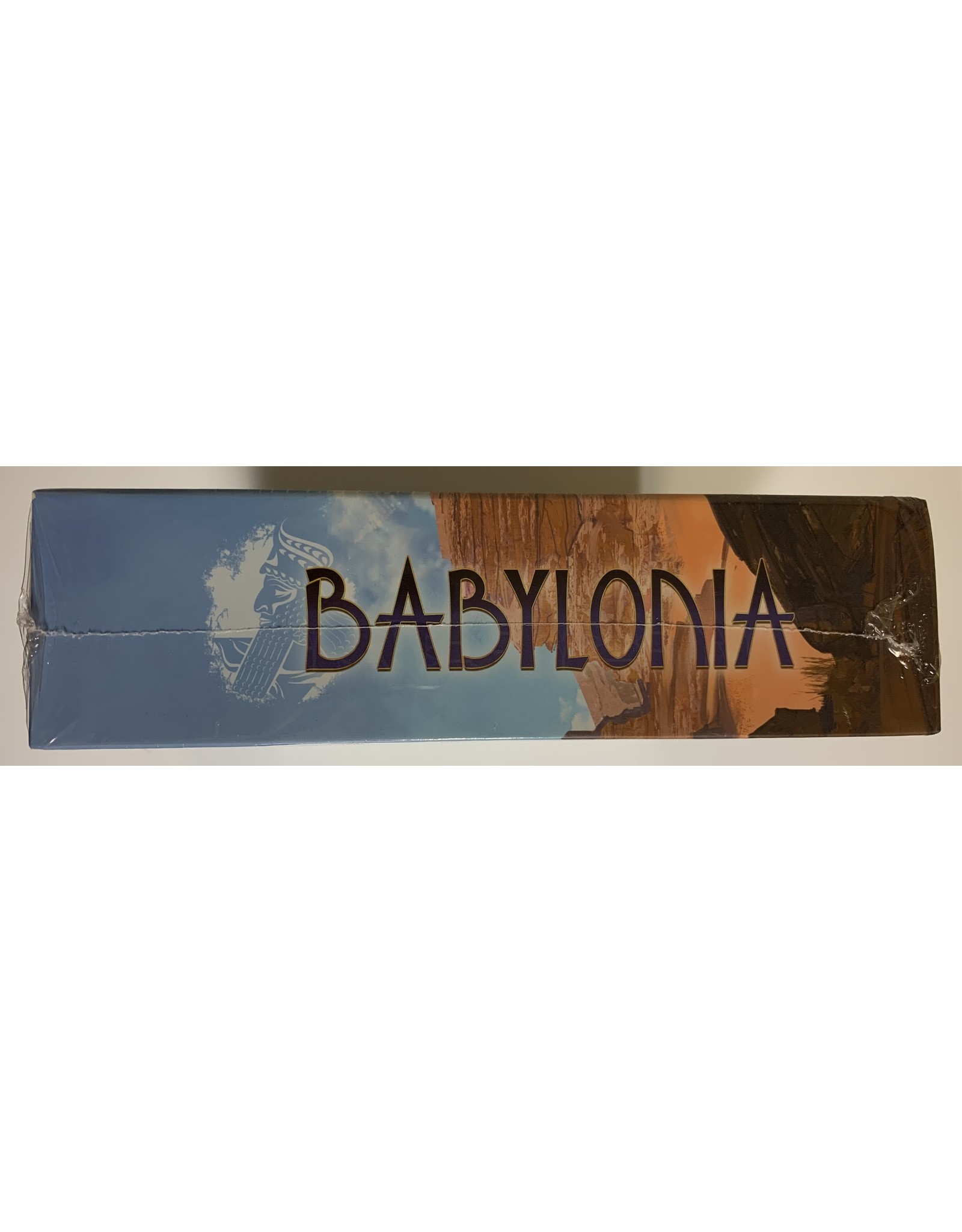 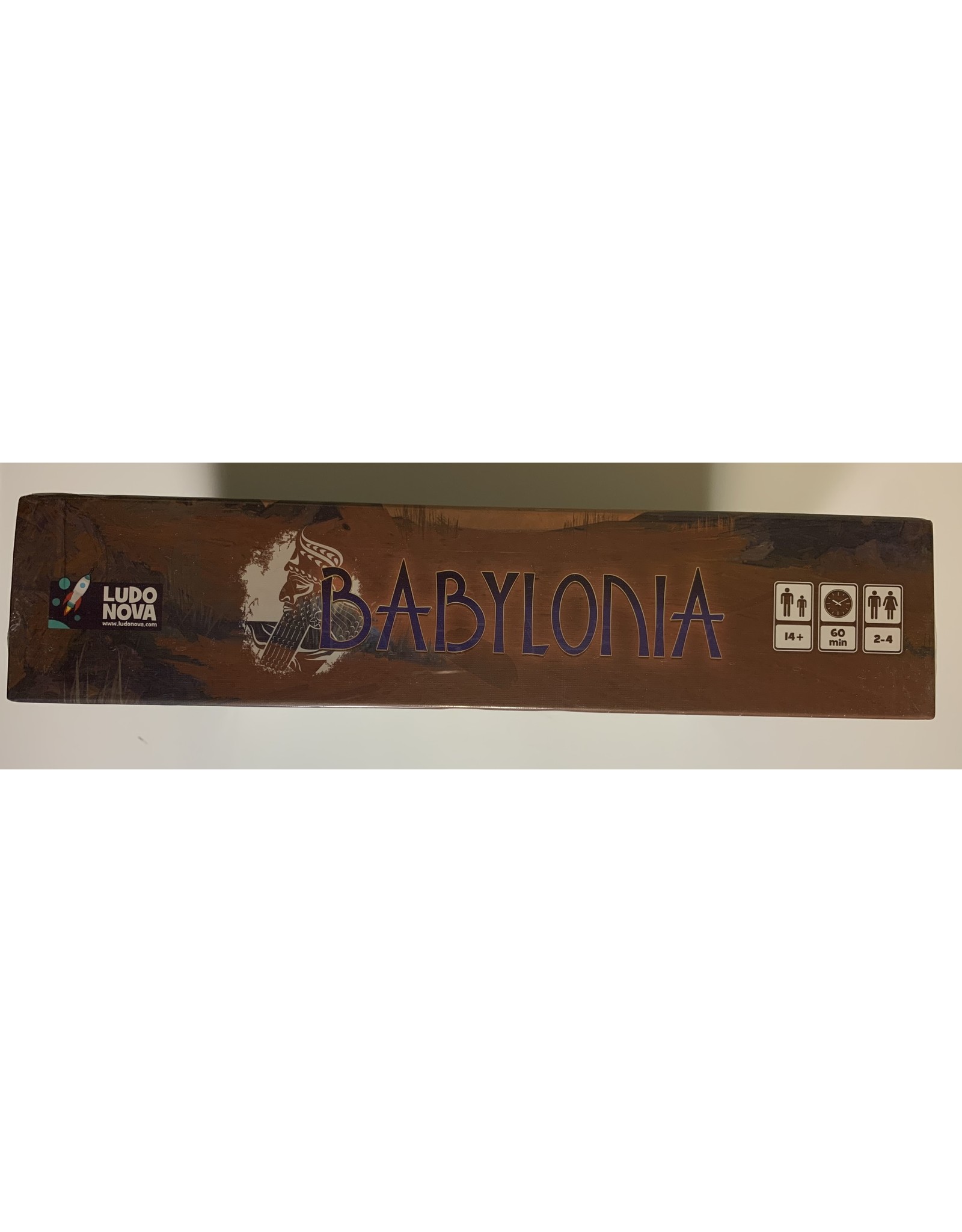 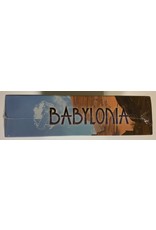 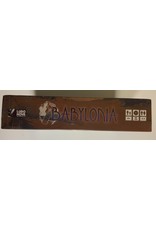 The Neo-Babylonian empire, especially under the reign of Nebuchadnezzar II (605-562 B.C.), was a period of rebirth for southern Mesopotamia. Irrigation systems improved and expanded, increasing agricultural production. Urban life flourished with the creation of new cities, monuments and temples, and the consequent increase in trade.

In Babylonia, you try to make your clan prosper under the peace and imperial power of that era. You have to place your nobles, priests, and craftsmen tokens on the map to make your relations with the cities as profitable as possible. Properly placing these counters next to the court also allows you to gain the special power of some rulers. Finally, the good use of your peasants in the fertile areas gives more value to your crops. The player who gets the most points through all these actions wins.