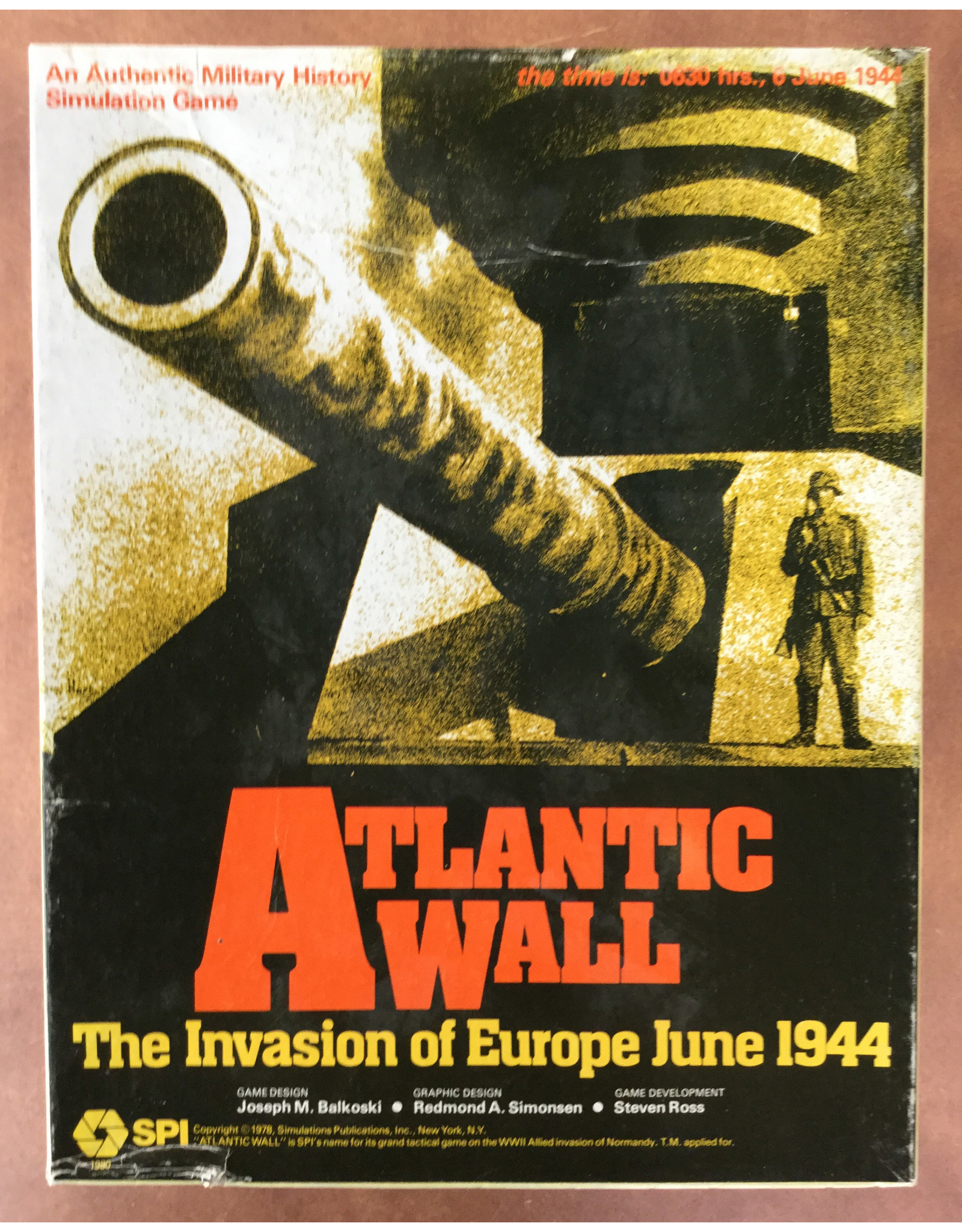 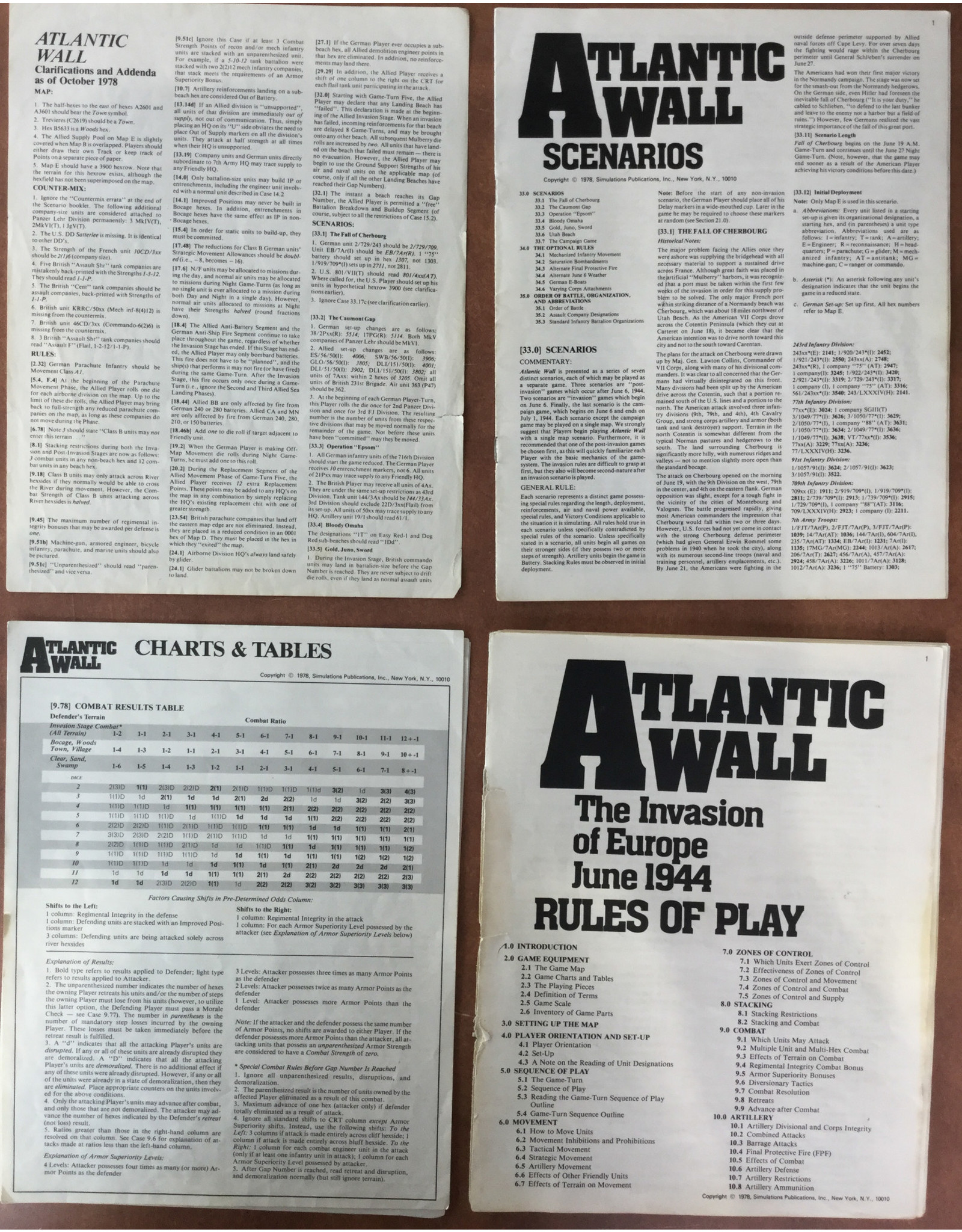 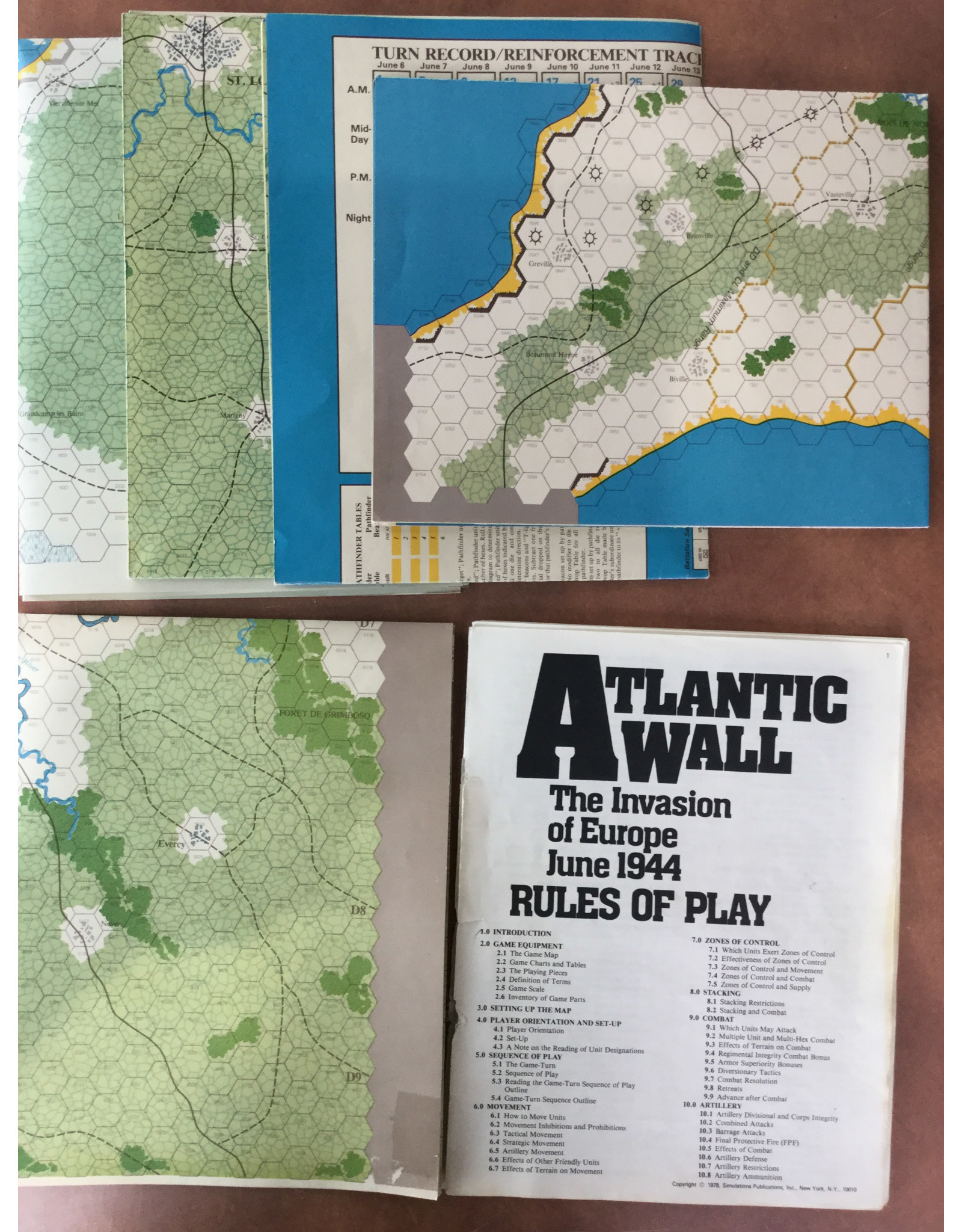 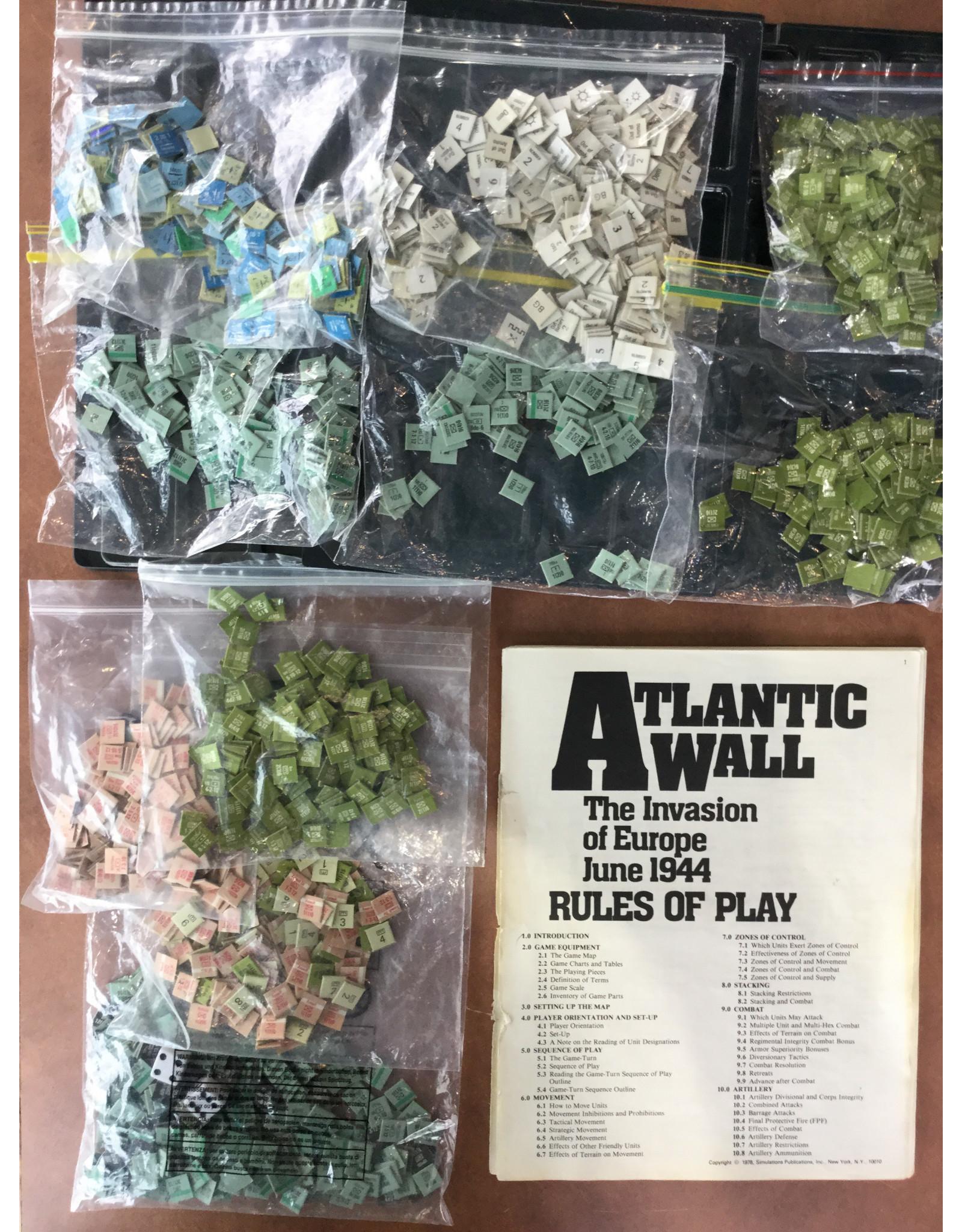 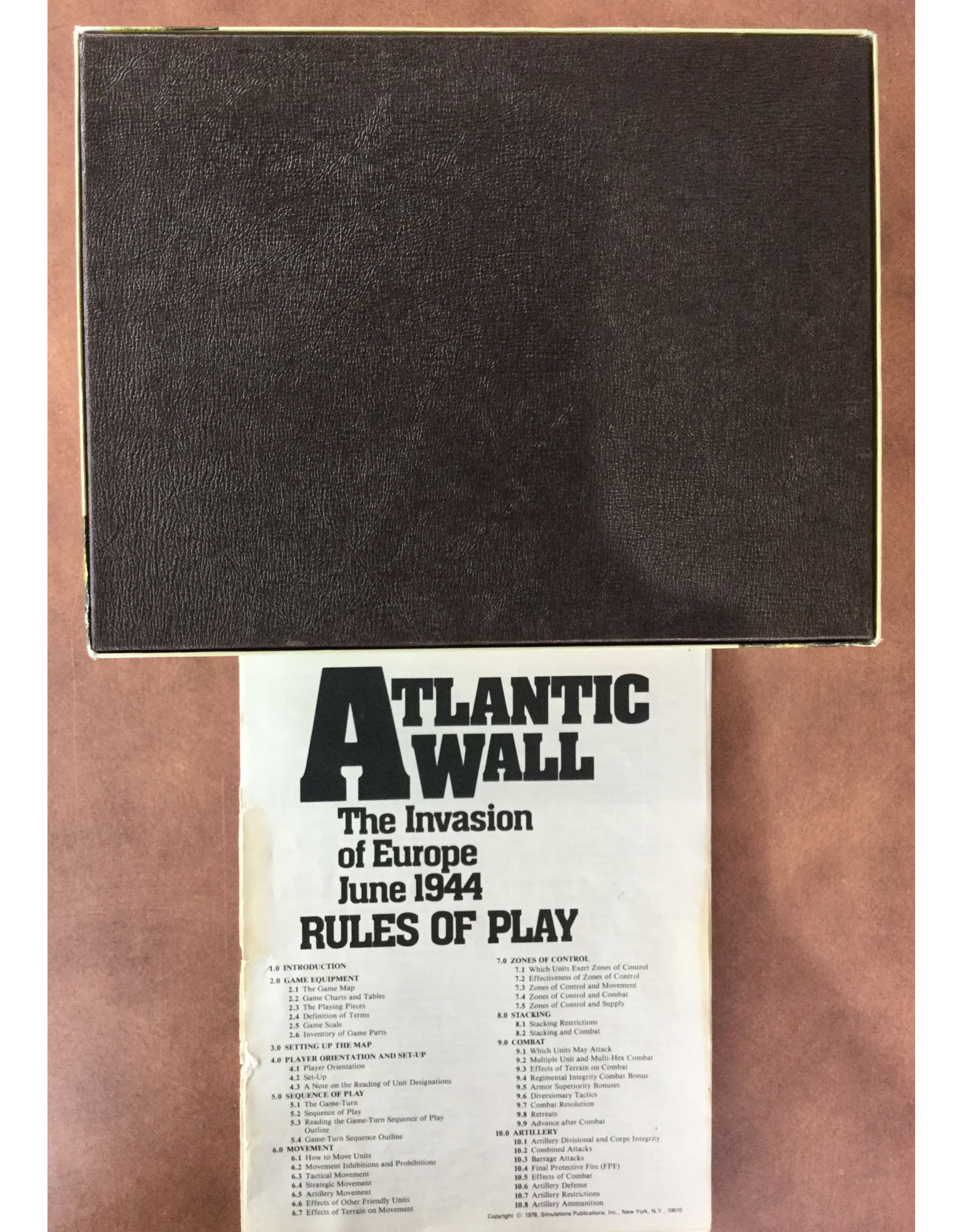 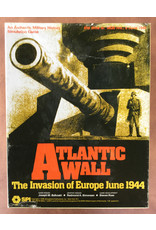 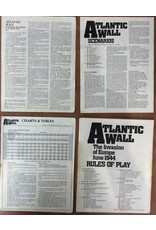 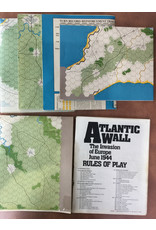 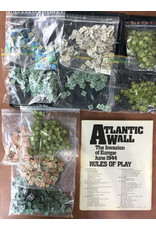 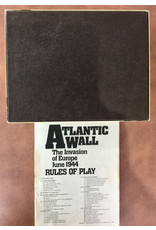 6 June 1944: While German Troops battled for their lives on the Eastern Front, all remained quiet in the West. The long anticipated allied invasion seemed particularly unlikely along this portion of French Coast known as Normandy. But this was D-Day, and the unlikely was soon to become reality. As the vast Allied armada came into view, as Allied munitions began to burst upon the quiet French beach and among the German strong-points, the greatest drama in military history began to unfold.

This game simulates this historical conflict on a five-section map representing the actual area, across which cardboard playing pieces move and engage through an hexagonal grid, which functions like the squares of a chessboard in the outcome of each combat and the success of failure of various game operations.

Atlantic Wall is a battalion-level game of the D-Day invasion. This is a monster game as it comes with five 34" x 22" maps and over 2000 counters.