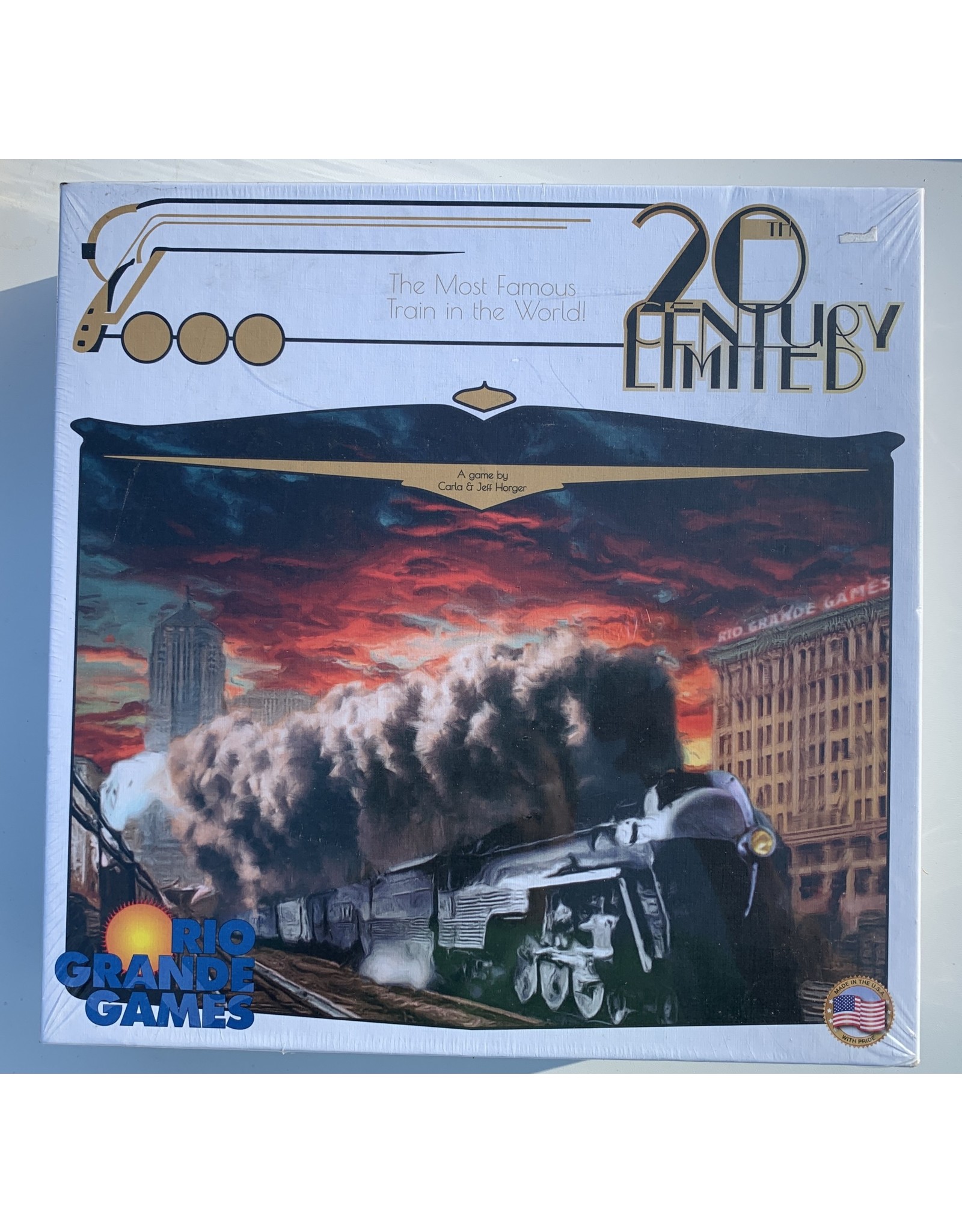 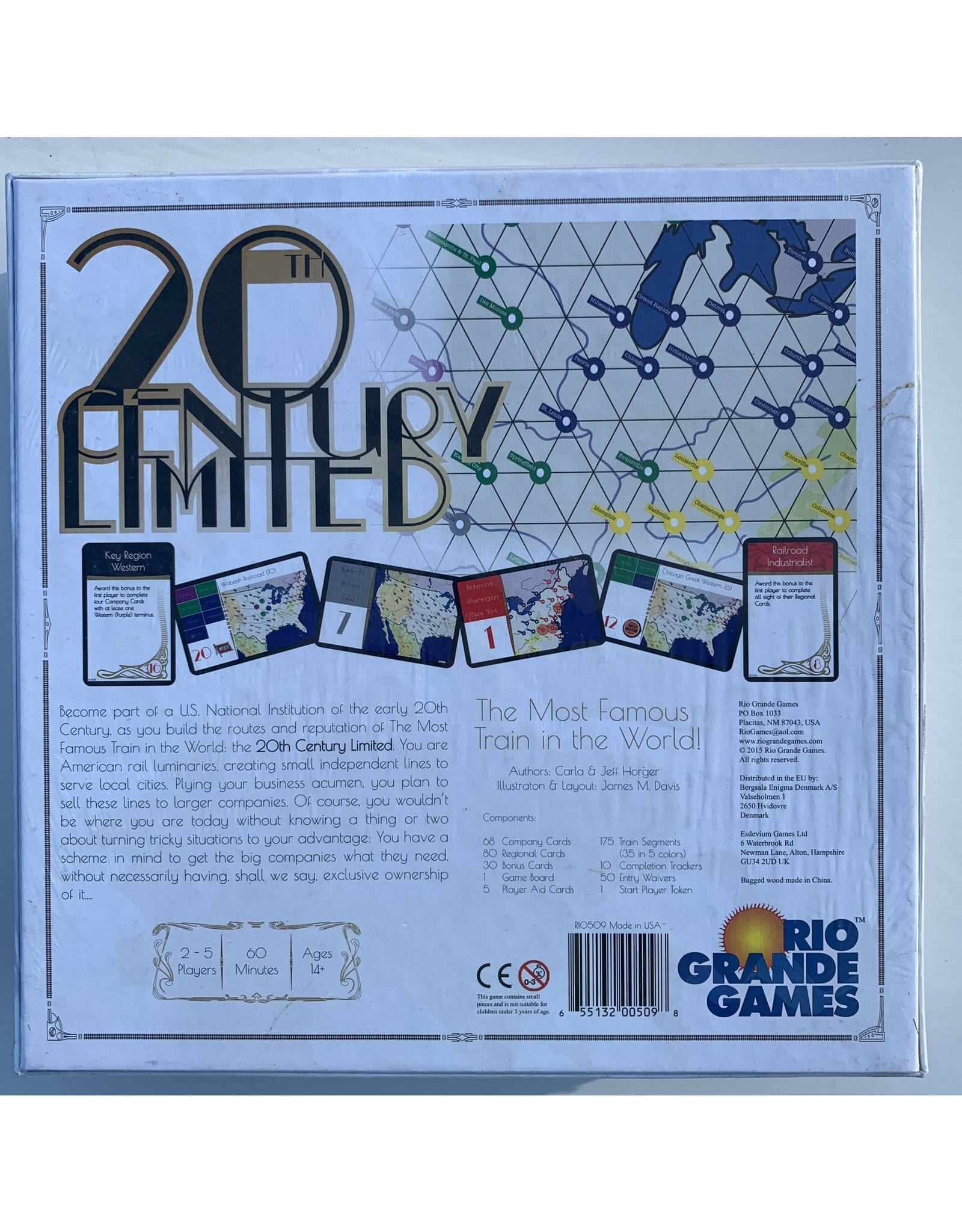 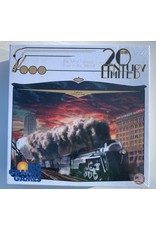 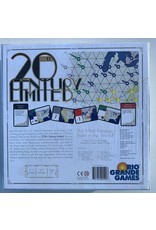 Become part of a U.S. National Institution of the early 20th Century, as you build the routes and reputation of The Most Famous Train in the World: the 20th Century Limited. You are American rail luminaries, creating small independent lines to serve local cities. Plying your business acumen, you plan to sell these lines to larger companies. Of course, you wouldn’t be where you are today without knowing a thing or two about turning tricky situations to your advantage: You have a scheme in mind to get the big companies what they need, without necessarily having, shall we say, exclusive ownership of it….

20th Century Limited condenses the history the American railroad into a sixty-minute game. Players take on the roles of the great railway robber barons as they set up small railroads, turn them into larger rail lines, then sell them off and start all over again. The spread of the North American rail system can happen on your game table in about an hour as the network develops in a fashion similar to the historical model.

The game possesses the simple route-building mechanisms that were used in Transamerica. The placement of pieces is easy to understand, and this simple feature is livened up by the Rail Line cards that dictate the placement of rail segments to recreate the various historical railways of America. The second piece of the puzzle are the Demand cards that serve as a pseudo pick-up-and-deliver system. Players are able to choose what path suits them in the game. You can go for the fulfillment of demands or you can try to build the great rail lines that shaped America. Everything from the Santa Fe to Boston & Maine and many other memorable lines are represented, including the game's namesake: the New York Central Railroad.