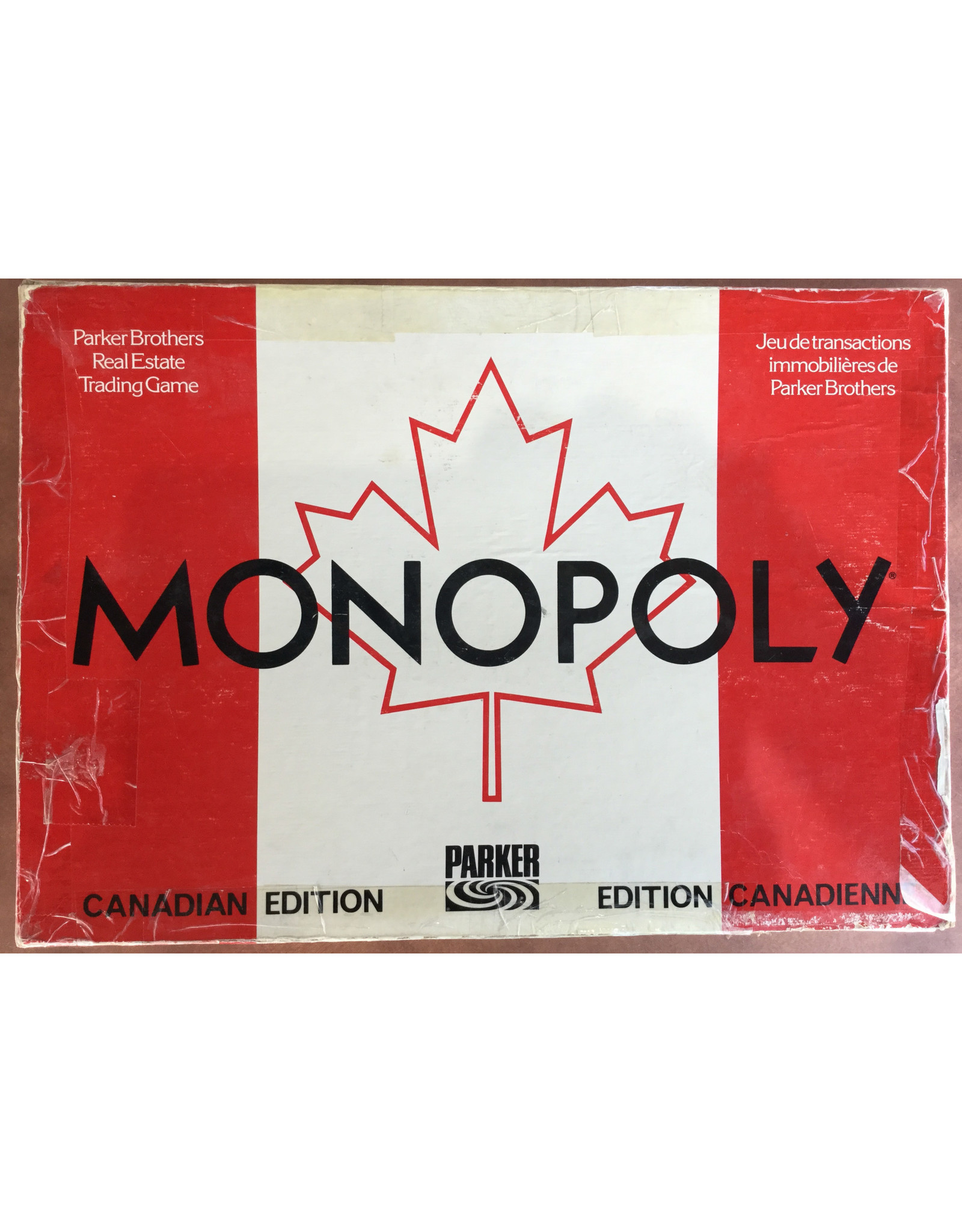 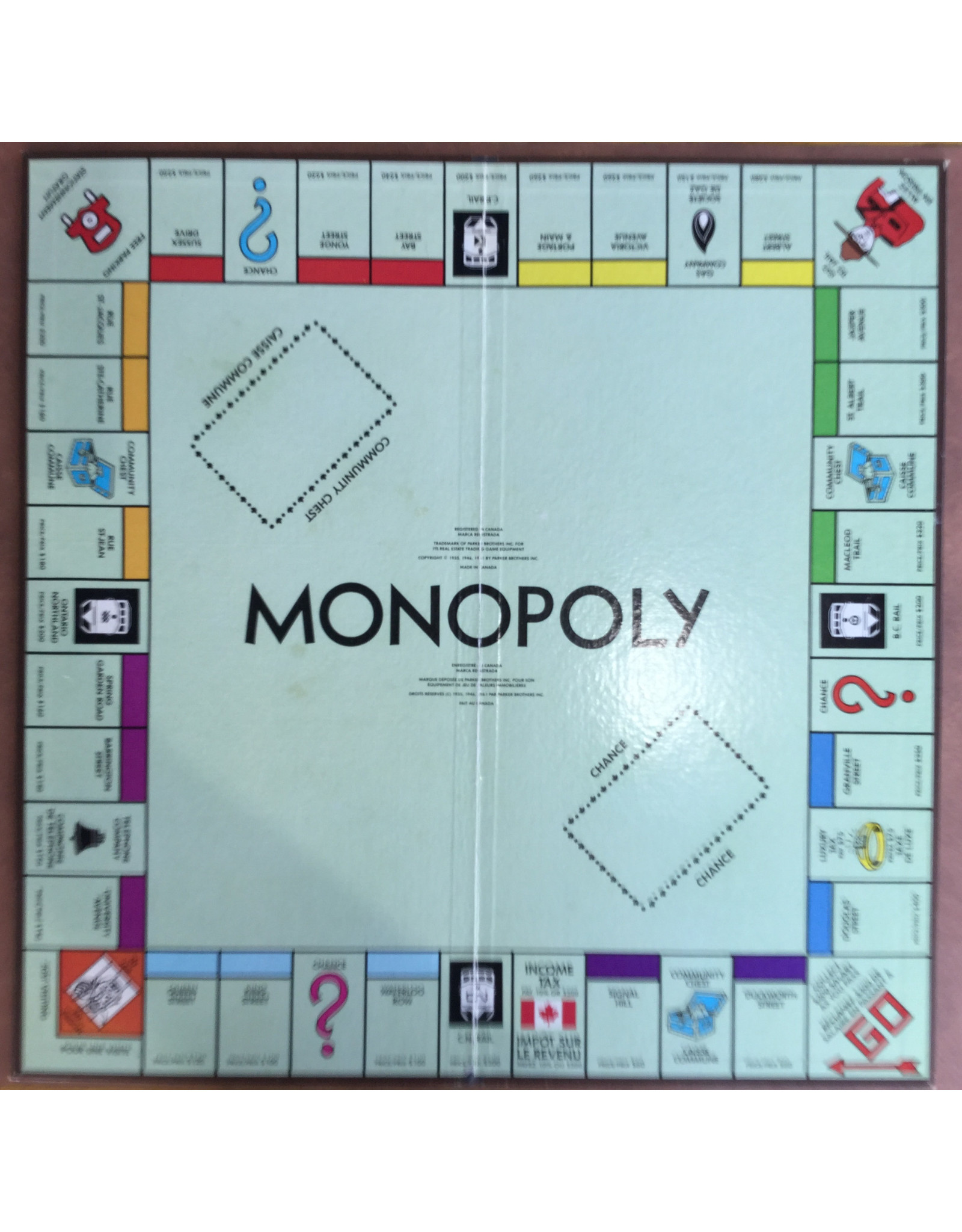 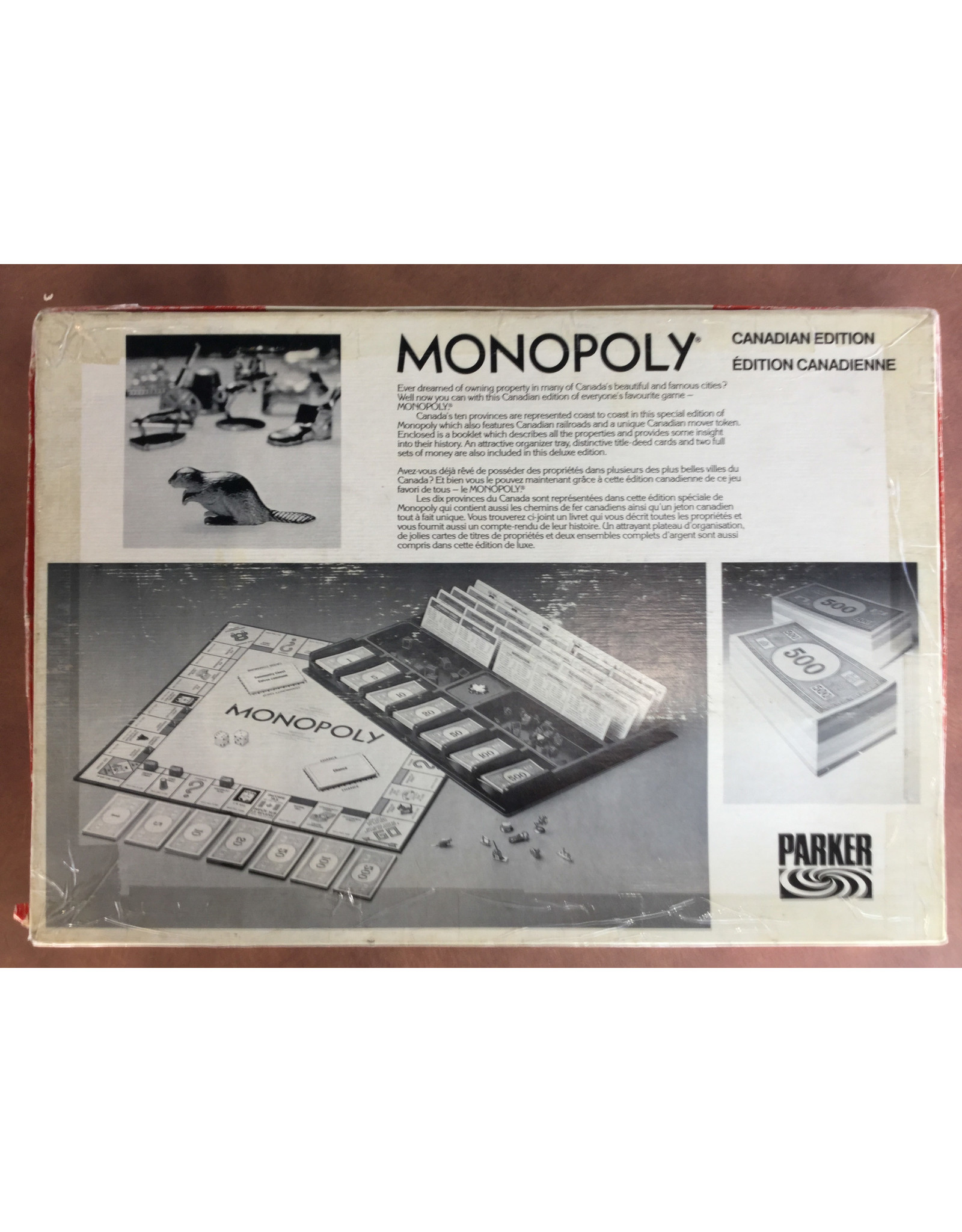 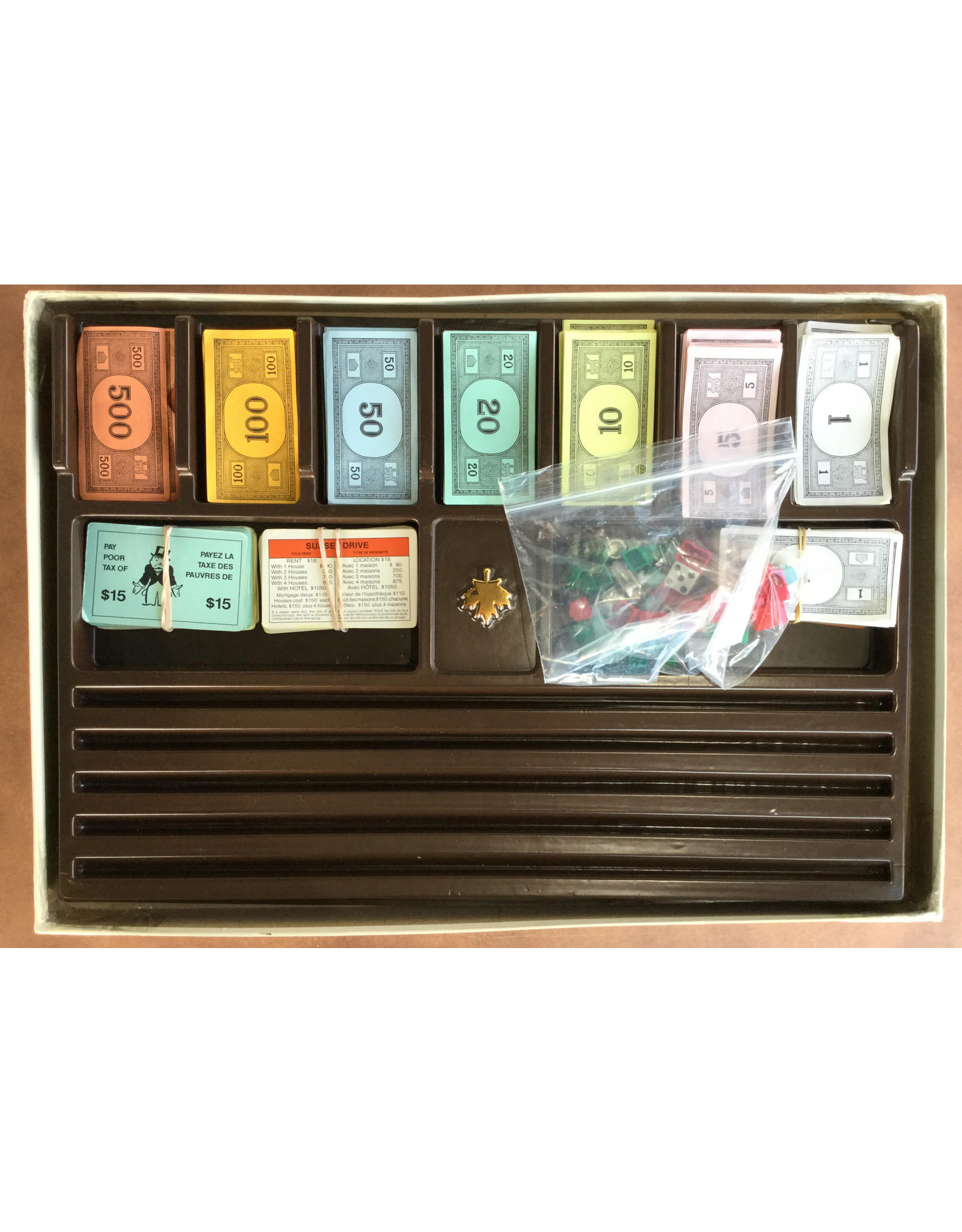 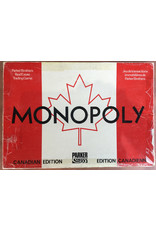 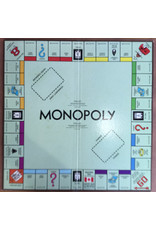 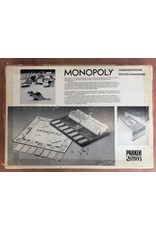 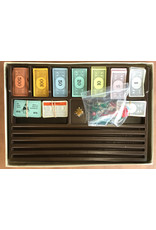 The Maple Leaf Edition. The ultimate Canadian edition of Monopoly. While gameplay is the same as in 'classic' monopoly, this edition features numerous unique changes, including:
- The box is the Canadian flag motif.
- All properties are Canadian replacing the equivalent 'standard Monopoly' properties (a booklet is included describing the actual streets, railroads and utilities used on the board).
- The insert is formed plastic to hold the money (standard) and slots for the properties to be displayed upright and two troughs for the houses and hotels.
- An embossed gold maple leaf enhances the center of the board.
- The Chance, Community Chest and Properties are non-standard sized and bi-lingual.
- The board replaces the cop with a RCMP Mountie on the Go To Jail (Allez au Houscou) corner.
- all railway spaces show the front of a Canadian train rather than the black Parker locomotive
- The 10 metal playing pieces include 9 original to 'classic' version, and a new beaver token (of course!).